There is no doubt that FidelityFX Super Resolution is a necessary response from AMD to NVIDIA‘s DLSS. The main difference between the two is not only limited to the fact that one is based on AI and the other is not, but also that the solution for RTX is exclusive to them thanks to the use of Tensor Cores. Well, all games compatible with DLSS 2.0 could also be compatible with FSR 2.0. The reason? A point in common between both resolution upload techniques.

A few days ago we found two important news related to FSR 2.0 that will expand the number of compatible games. The first of these was released as open source as C++ and HLSL files for use in the DirectX and Vulkan graphics APIs. Which means that developers will be able to implement this automatic resolution scaling technique directly in their games. Also, with the advantage of not having to train the AI. The other novelty? Full compatibility with Microsoft Xbox consoles , thanks to the fact that it uses the DirectX API. While it’s true that DLSS 2.0 may offer better image accuracy, AMD’s solution is becoming a potential disruptor. The motives? We already know them all: it does not require algorithm training, it is compatible with all graphics cards, it is open source and the image quality it provides is good enough. And it is that in technology what is successful is not always what has more performance or uses more power, but rather what is good enough to solve a problem. 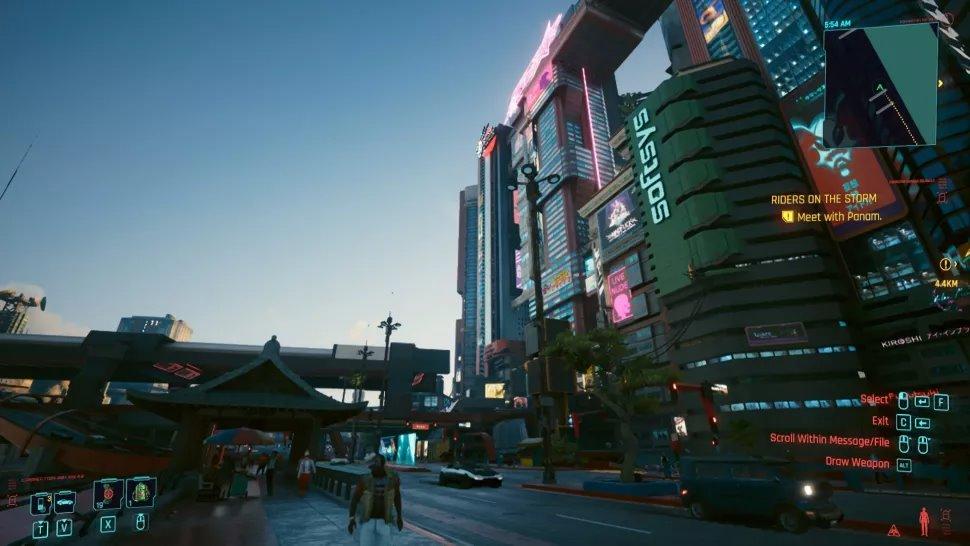 Well, there is a common function that both techniques use, which are movement vectors, which tell us where an object has moved on the screen from one frame to another. This allows making use of the information from the previous frame to improve the image quality of the algorithm. What is the trap that has been served? Make use of exactly the same variables as NVIDIA’s DLSS 2.0.

NVIDIA DLSS libraries can be used in FSR 2.0

Well, it turns out that a user under the pseudonym PotatoOfDoom1337 has created a mod to use FSR 2.0 in Cyberpunk 2077 . The special thing about his modification is that he has used some of the libraries that NVIDIA includes for DLSS 2.0 in the game and without making any changes he has discovered that he can use them in the AMD solution. Which literally opens the door for hundreds of games already compatible with NVIDIA’s solution to potentially be compatible with the second version of FidelityFX Super Resolution. The advantages? Well, it seems that in some specific cases the frame rate per second in the CD Projekt game has been doubled and all for a cost of 0.

Valve’s console, despite not using Windows or DirectX natively, is compatible with its games thanks to Proton, an on-the-fly interpreter that converts the instructions for the Microsoft API to Vulkan and the system calls of the operating system from those of Redmond to that of the Valve console. Well, the fact that both DirectX and Vulkan games are now compatible with FSR 2.0 will be a performance boost for Valve’s system and many of its games.

In any case, it’s great news that motion vectors in DLSS 2.0 compatible games can be used in FSR 2.0.