Currently there are many technologies that coexist in Smart TVs . In the most basic range we find LCD models, but these will soon disappear in favor of QLED and similar technologies from other manufacturers due to their better performance and ever-lower price. We also find new technologies such as OLED, QD-OLED, or the latest improvement of the Quantum Dot with Mini LED panels. However, Hisense has jumped ahead of all manufacturers and released the world’s first laser display with 8K resolution.

The television manufacturer has today announced this new model of laser screen together with its 8K Mini LED televisions. Hisense incorporates Mini LED technology for the first time in the premium U9H line, offering a better user experience when viewing HDR content, since it has more local dimming zones to be able to turn them off and on depending on the content. Thanks to this, it is possible to reduce blooming, improve maximum brightness and increase contrast.

Mini LED televisions have been on the market for a year now, since last year there were manufacturers such as LG, Samsung or TCL that announced the first models with this technology, and this year we will also see improved models with it. However, what has caught Hisense’s attention the most is the presentation of a laser TV. This technology has gradually improved its resolution, going through 1080p, 1440p, 4K and now 8K.

Laser TVs that are actually projectors

The ” laser televisions ” are not really televisions as such, but are screens that receive the image from a laser projector. The Hisense has a size of 120 inches , larger than any other television that we can buy today. This system uses triple laser TriChroma technology, with spectacular color reproduction, reaching 107% coverage of the BT.2020 color space .

The projector boasts 4,000 ANSI lumens of brightness , so high image quality can be enjoyed even in situations with high ambient light. 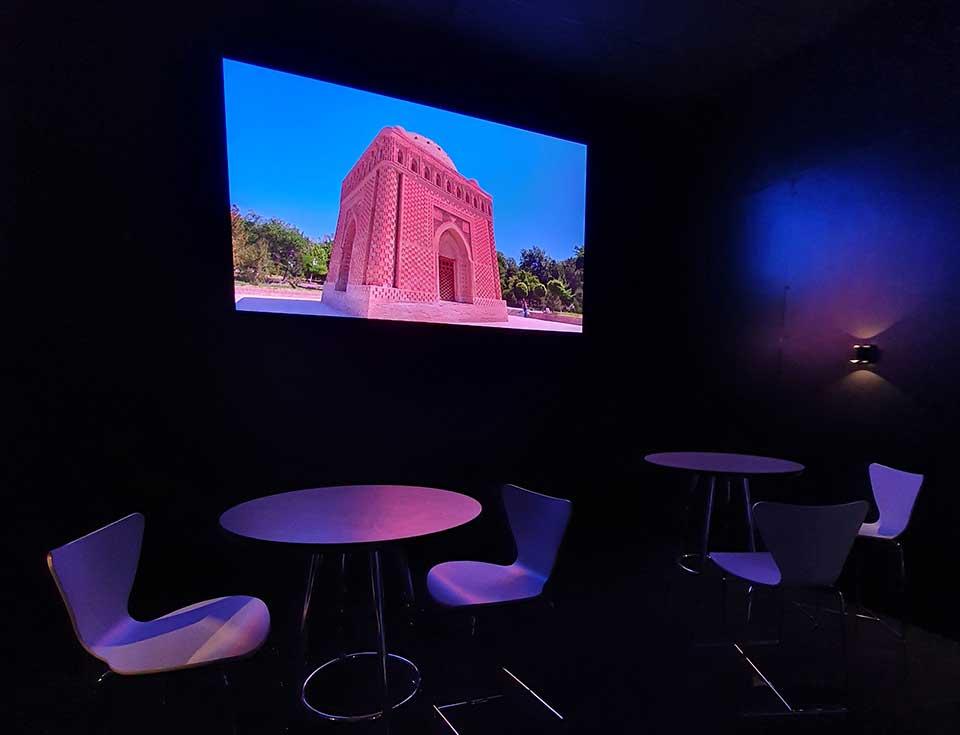 At the moment we do not know more details of the television, but Hisense wants to be at the forefront in the laser projection segment. In fact, it has introduced new 4K projectors that can even sync up to show a movie at twice the size. These short throw projectors are a great option for covering a large area without having to mount a projector from the rear. Its price will probably exceed 5,000 euros.

The technology of this screen will also reach short throw projectors, so for now if we want an 8K laser projector , we will have to settle for this screen.