Windows 11 is the operating system that will receive the most news from Microsoft from now on. Windows 10 will hardly see anything new, and the future of the operating system lies with Windows 11. Although the system has eliminated some very useful functions of Windows 10, there are also others that it is changing and improving. And now you can try a change that users have been asking for for years.

Yesterday, Microsoft launched the 22533 build the Preview version of Windows 11. Join the Insider program allows you to access the latest news that Microsoft integrates into the operating system. The one launched this week includes an important novelty: redesign in the volume control. One of the most annoying features that we find in Windows 10 is the volume indicator. This indicator, instead of appearing at the bottom of the screen, appears at the top left. By default, if we use Spotify to listen to music, or we are watching a YouTube video in Chrome , the volume panel extends its size, and also stays on the screen longer. This panel takes up a huge space and can be very annoying at times, although luckily it can be disabled in both programs.

These popups have now been completely redesigned, and will appear at the bottom of the taskbar , just above the icons. There will be indicators for brightness, volume, turning the camera on or off, or turning airplane mode on or off . All these indicators will appear when we make changes with the keys of the computer, doing things like changing the volume, the brightness, or activating the airplane mode. In addition, they integrate with the dark mode if we have it activated. 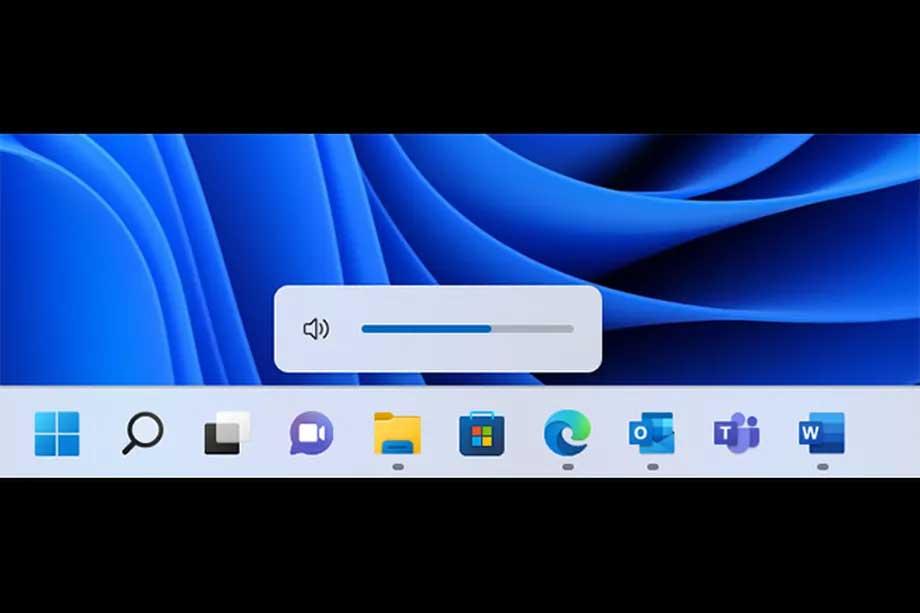 Goodbye to the annoying indicator born in Windows 8

With this, the indicators in the upper left disappear after 10 years with us. They were initially released with Windows 8 in 2012, and then the feature was “enhanced” to add media controls. The new indicators, in addition to being activated with keys, can be activated by clicking, and they are interactive, so we can adjust them with the mouse as is the case with the current ones.

It is important to note that this feature is only available in the Preview version , which may have stability issues. Therefore, if you want to enjoy this feature on your computer, you will have to wait for the big update that Windows 11 will receive in the fall of 2022. Microsoft is going to release only one big annual update to reduce possible compatibility problems, although in exchange for it will also introduce more news and changes with those updates. Changes will initially be thoroughly tested to avoid compatibility issues.