The James Webb Space Telescope , also known as the Webb or JWST, is a high-capacity space observatory designed to revolutionize fields of astronomy ranging from star formation to galaxy evolution and from the earliest galaxies in the universe to the properties of planetary systems. Today he has finally shown his first captured images.

NASA has shared today what become the first images of the Webb, the successor to the Hubble, the largest and most powerful space telescope ever launched, to the point of having even been defined as “the largest pure science project that the United States America has ever done” for NASA scientist Jonathan Gardner. Due to the magnitude of the project, of unprecedented complexity , the mission has been delayed numerous times until its successful launch on December 25 from Kourou, French Guiana.

What was initially a $1 billion project in its initial concept as the Next Generation Space Telescope in 2007 has ended up resulting in a huge cost overrun, given the dimensions and technology of the Webb, whose launch value reached $10 billion. (8,775 million euros). 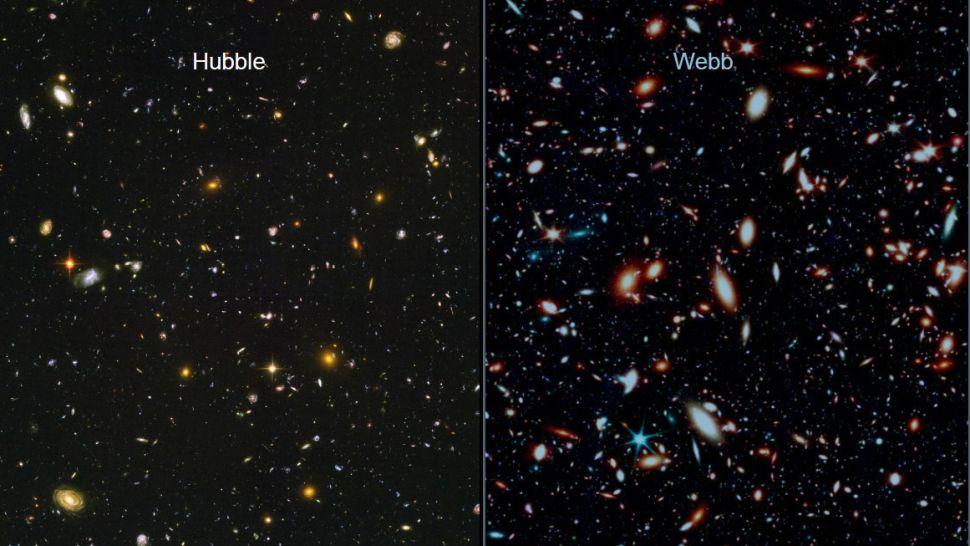 The massive telescope will observe the universe’s first stars and galaxies, survey the atmospheres of other planets, and do a variety of other high-profile, high-impact work over the next five to 10 years, if all goes according to plan.

The first mission of the Webb telescope

After reaching its orbit at the second Lagrange point (L2), Webb’s first target star was HD 84406 , a star similar to the Sun in surface temperature, about 4.4 times the size of the Sun and 11 times more luminous.

It is located in the constellation Ursa Major, about 260 light years away. “It’s a perfect target for Webb to collect engineering data and begin mirror alignment,” said JWST scientists Jonathan Gardner and Alexandra Lockwood.

Better images will come in the future, especially higher quality ones . NASA scientists have already repeatedly warned that Webb’s first images will not resemble stunning space photos from similar space telescopes. Instead, the first images were expected to be blurry and repetitive of the 18 segments of Webb’s main mirror.

Those images were collected by the telescope’s main camera, called the near-infrared camera, and are part of the telescope’s fine-tuning process in hopes that those 18 gold-coated hexagons function as a single cohesive mirror.