This is the Sony a7C, the smallest Full Frame camera on the market . Well, at least it is if we consider that it is the most compact with a full-size sensor, viewfinder and integrated stabilizer. But the important thing is not that but what it offers compared to the a6600 and a7 III. Two cameras with which it shares many characteristics. 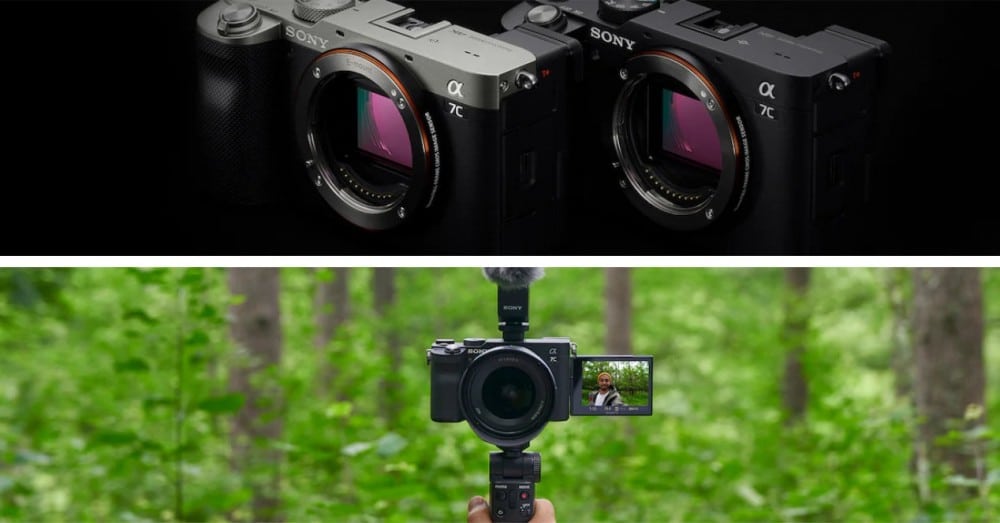 Labeling a camera to a type of user with specific needs is not the right thing to do, but if you allow us the license we will tell you that this is a camera very designed for the content creator who is looking for something compact, light and comfortable to transport during the day a day.

A new concept, as the brand itself indicated, that makes a lot of sense in certain settings and, perhaps, not so much in others. Because it must be recognized that not everything is good in this new Sony a7C. There are manufacturer decisions that are fully understandable, but others are not. And that is something that may weigh on a proposal that costs more than 2,000 euros , but let’s go little by little.

The best of the Sony a7C

The Sony a7C is a camera where three aspects stand out above the rest. The first and most obvious is its size. It is very compact, like a Sony a6600 and that seems not to be the case, but it is very appreciated when you are looking for a lightweight proposal to always carry with you. It also shares aspects such as a generous grip that improves grip and if you combine it with the new 28-60mm kit lens it is very manageable. Although the problem is that this lens is not as bright, the maximum apertures at the ends are F4 and F5.6.

The second striking point is its articulated screen . This is the third camera after the Sony ZV-1 and the Sony a7S III that include it and it seems that we can already say that they are here to stay. Something that, by the way, we think is great. Because the advantages of this type of screen are many, not only when you are recording yourself.

And finally there are its photographic capabilities, but above all video. With a 24.2 MP captor , the Sony a7C is basically a Sony a7 III in terms of image quality in both photo and video. Thus, to give you a quick idea, it allows you to capture video at 4K resolution and 30fps, and slow cameras at 1080p and 120fps.

If to all this we add other features such as video recording without time limit , WiFi connectivity, USB C connection to the computer or mobile device, etc., they result in a proposal that will attract a lot of attention to many users, but in Special to Sony fans.

However, there is no perfect camera and this is where we see that the new Sony a7C suffers from some major shortcomings when compared to the a7 III. So, you may even wonder if it really is an interesting option if you are looking for something compact or better to opt for the Sony A6600.

The worst of the Sony a7C

Saying the worst about the Sony a7C is still a bit unfair, because it really is not that they are negative aspects. The only thing is that if it is compared with what the two models offered that, so to speak, have shaped it, then there are absences that can bother a little more. Especially since it is a camera that costs 2,100 euros.

The first is that it is more expensive than the Sony a7 III and on a technical level, in terms of image and video quality it does not represent any important leap. The options are the same in terms of resolution and number of frames per second that it is capable of capturing.

Then there are details such as the absence of dials, buttons or the joystick that the a7 III does have and is not a7C. They are cameras with different concepts, one is more oriented to “faster” uses and the other not so much, but it is a shame because if you have used the Sony a7 III you quickly realize that its control will not be so fast.

An understandable limitation is that it only includes an SD card slot like the a6600. If you are used to dual slot cameras you may miss the possibilities it offers, but it is just a matter of adapting.

And finally, something very strange, the camera offers the user interface and menus of previous models . A scheme that has been highly criticized and it is not understood why they are not shown as in the recent Sony a7S III.

From the beginning you will have noticed that the new Sony a7C is a mix between what was seen in the popular Sony a7 III and the last great APS-C launched by the brand, the Sony a6600. So, in this table you can clearly see the main differences and similarities between the three models .

A camera with a well-defined audience

With all the above, the idea that makes sense of this new Sony a7C seems to be clear: it is a camera for those looking for a compact body, without sacrificing the advantages offered by a full frame sensor . In that case, together with the Panasonic Lumix S5, it may right now be one of the most interesting proposals that preserves Sony’s values in aspects such as an AF system that works wonderfully and a multitude of options when configuring different color profiles.

It will have its audience, which is basically the same as the APS-C family today. Of course, as long as the price is not a great inconvenience. For the rest it is possibly more interesting to wait for the Sony a7 IV that is said to be released by the end of the year. What do you think?