Microsoft Office is one of the suites that could be considered as a reference in the office automation sector worldwide. In fact, it is made up of some of the most used programs in general terms and that we find in most computers. In this case we are talking about software solutions of the importance of the Word text editor or the multimedia presentation program, PowerPoint . All this without forgetting the powerful software solution focused on the design of spreadsheets, Excel. Next, we want to talk about this last application that we mentioned and that is perhaps one of the most feared, along with Access, of this entire set of applications from the Microsoft suite. Despite all that it offers us for working with numerical data, many users tremble as soon as they sit down in front of the Excel interface.

If there is still someone who does not know this application that we are referring to and its interface, say that we find ourselves with a work desk full of independent cells. Those who are not used to using this type of program may initially feel a bit confused . If we add to all this the enormous number of functions available here, the objects and data types that we can use, and the formulas, we find ourselves before a complete and complex software solution.

Of course, once we get used to its use and begin to know everything that Excel can offer us, we understand the reasons for its enormous market penetration . But with everything and with it, it does not stop being a software that, as a general rule, imposes a lot. 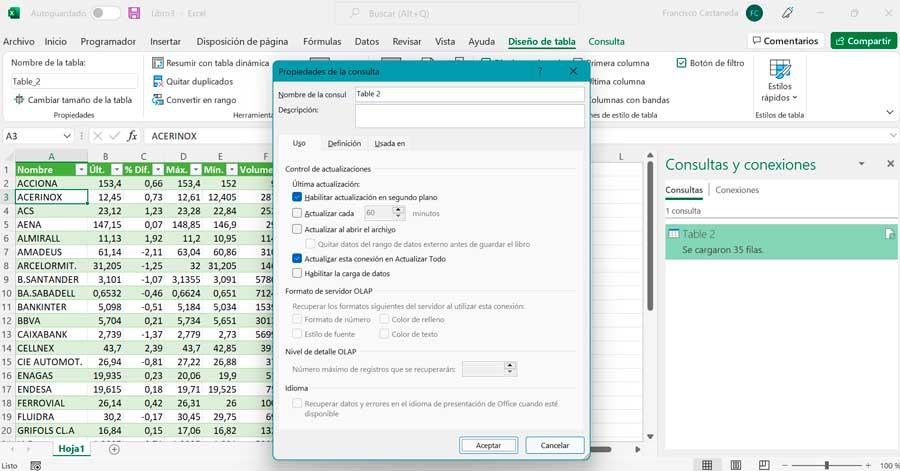 Reasons to have a simple version of Excel in Office

The first thing we must take into consideration is that this is a valid application for all kinds of uses. Starting with the end user who can make easy and simple accounts , or design spreadsheets for home accounting. But of course, at the same time if we know how to get the most out of the software, it is able to control the accounting of an entire company.

Despite having functions and features focused on basic use, not very experienced users find this program to be complicated. For this reason many users would welcome the release of a simplified version of Excel for Office . By keeping the interface similar, the number of functions and formulas available would be greatly reduced.

This would allow the inexperienced to have a powerful spreadsheet program based on the original Excel. However, this would be adapted to a more domestic use . This is probably something that will not happen at least in the near future. But we are talking about an application that is extensive and complex enough to have a smaller version suitable for inexperienced users. Another thing is if we refer to other programs that are part of the Office suite such as Word or PowerPoint.

Surely many of you have been working with these solutions for a long time and creating really attractive and functional projects. But taking advantage of Excel is a somewhat more complicated task, at least with the current version.