Steam has become an essential platform for any PC gamer. From it we can buy practically any game that is available for the computer, download it, install it and start playing almost instantly. However, we are sure that whenever we carry out this process doubts assail us. Is it necessary to do anything else besides downloading the game? What else is there to configure? What about DirectX libraries? This is what we are going to try to clarify today.

DirectX is a set of Microsoft APIs used in video game development and that must be installed on computers before any title that depends on them can be executed. When we install the operating system, usually an (old) version of them comes. However, many games depend on a newer or older version than the one we have installed on the PC, which must be installed separately so that this game can run normally. How does DirectX install the Steam app

When we download a new game to our computer, not only are the essential game files downloaded, but also all kinds of libraries and dependencies that we may need are downloaded at the same time. Among them we can find, for example, the C ++ redistributables or the DirectX libraries.

These libraries are usually kept inside the games installation directory, inside a folder called “_CommonRedist”. And, to install them, we don’t have to do anything. The first time we run the game, Steam will check our PC in a process that will take a few seconds, and it will install everything that is missing on our PC so that the game works correctly. Generally, it is not necessary to have an Internet connection to carry out this configuration process, as the dependencies will be downloaded automatically along with the game. 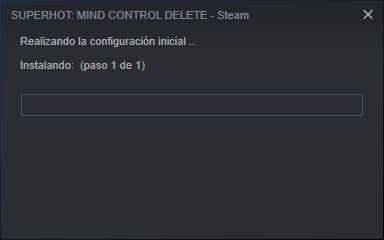 Depending on the game, and the different dependencies on which it depends, we may find ourselves with more or fewer steps in this initial configuration. In addition, there are games (such as those that are written using Valve’s Source engine) that do not depend on DirectX, so when they are released, these dependencies will not be installed.

Once the initial configuration of a game is done, the next times we launch this title we will not have to do anything else.

Why is it always installed if I already have it installed?

Microsoft releases new versions of its API from time to time. And, although they are backwards compatible, each game is designed to work with a specific version of it, or else it will give us an error.

For example, if we have DirectX 12 installed on our computer, but a game needs DirextX 9 version 40, to avoid errors and problems, Steam will copy said version to our computer so that the game can load the exact library (which, in this example, it would be D3DX9_40.dll ).

This process is only done the first time we run a game on Steam. If we already have the required version installed, the installation will simply be ignored, while if we do not have it installed, it will be copied to the C: / Windows / SysWOW64 or C: / Windows / System32 directory , depending on whether it is a version 32-bit or 64-bit.