As is usually already tradition for Xiaomi, after having been able to know the new iPhones, it is time for Xiaomi to show us its magic, as the brand itself has called the event that has taken place and in which the Xiaomi 11Ts have been presented. An appointment in which we have come across many other products that are part of the wide range of possibilities that the firm gives us, including the Mi Band 6 NFC with a great possibility.

Mobile phones have had a very important part during the event and that is that with these new releases we have also put aside the surname “Mi” to begin to know them only as “Xiaomi”. This Xiaomi 11T series already caused a sensation last year, allowing us to get the latest technology without breaking the bank with all the savings to get it. An idea that is still very present this year with the new models that land in Spain. The top model of the new Mi 11T series shows us a design that follows the canons of the rest of the Mi 11 models, but with differences in the camera modules. On the front we come across a screen that offers together with Amoled technology and its 6.67 inches a refresh rate that reaches 120 Hz and Full HD + resolution. All this with about 1000 nits of maximum brightness and a tactile sampling rate that reaches 480 Hz.

There is no lack of 3.0 reading mode that takes care of our eyes, as well as HDR 10+ technology that makes the best of the panel. To protect it against bumps and scratches we have Corning Gorilla Glass Victus, in a smartphone that offers a contained weight of 204 grams together with a thickness of 8.8mm. 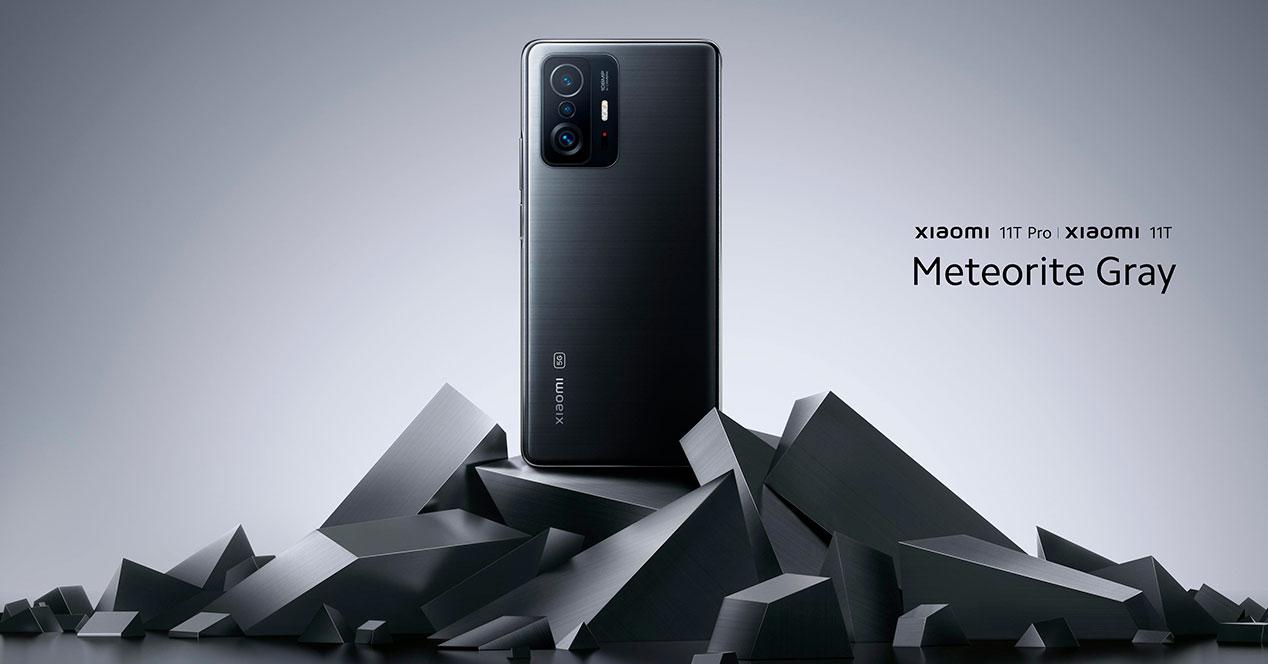 Inside this model we come across the Snapdragon 888 chip manufactured in 5 nanometers, which has already shown us that it is capable of the best without buts. The configuration in which it is available is very varied and it does so with LPDDR5 RAM and UFS 3.1 memory, being able to choose between 8GB + 128GB, 8GB + 256GB or up to 12GB + 256GB. In terms of connectivity and extras, 5G is ahead, offering added points in sound from the speakers by Harman Kardon and Dolby Atmos technology through its two stereo speakers.

It offers Dual SIM, NFC and Bluetooth 5.2 support, as well as WiFi 6. The security of this model is integrated into its screen, where the fingerprint reader is located.

Moving on to the cameras, we find a triple lens ready to give the best of itself, commented by a 108 Mpx main sensor with f.1.75 aperture and the ability to record in 8K. It is also accompanied by an 8 Mpx ultra wide angle lens with 120 degrees of vision and a 5 Mpx tele macro with the ability to zoom x2. The selfie camera from the front integrates a centered hole mode with 16 Mpx to take advantage of your selfies even at night thanks to the optimization for difficult situations. 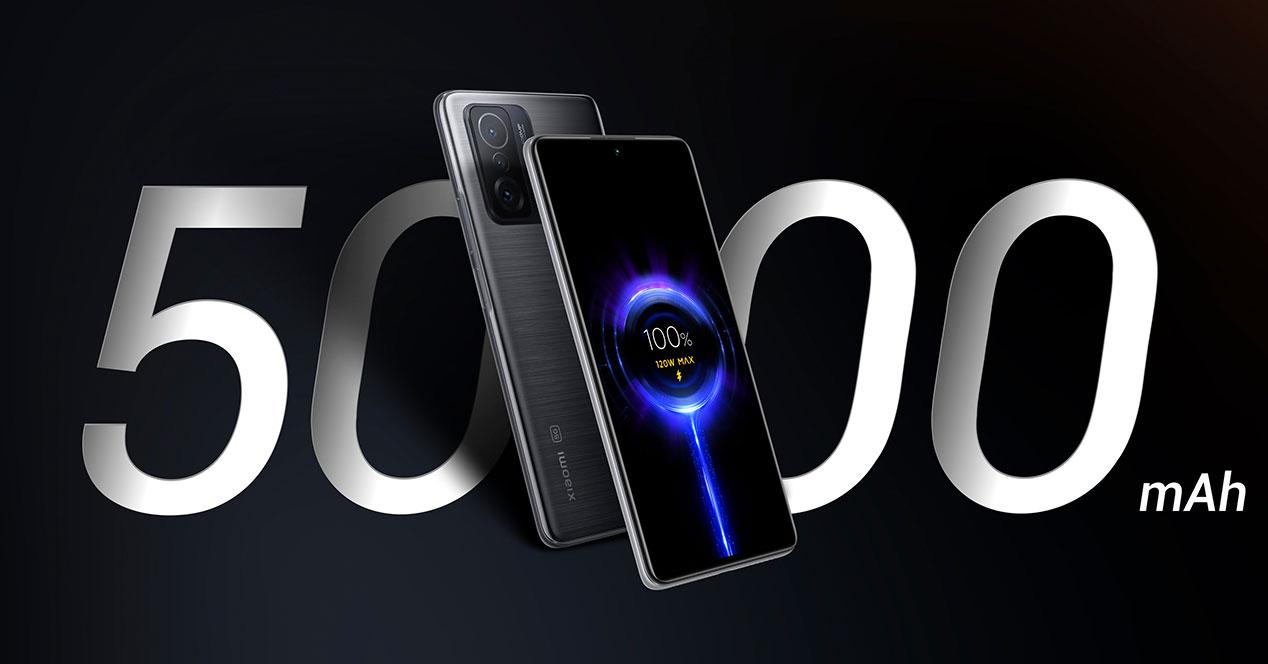 Finally we come to the battery, where Xiaomi has put all its technology within the reach of this Pro model to equip it with 120W of fast charging . This speed comes with a charger included in the box and a 5,000mAh battery that allows you to reach 0% to 72% in just 10 minutes, a charge certified by TÜV Rheinland for our safety.

Of course, it comes with Android 11 along with MIUI 12.5, providing these Mi 11T models with 3 years of software updates and four years of security updates.

The differences with the Xiaomi Mi 11T

In most aspects, this Xiaomi 11T shares benefits with its older brother, although there are some keys that will make us see a notable difference in their prices. To begin we have to confirm that we have the same screen, a continuous Amoled panel with 120Hz and the same size. But the first change appears in the processor, where we put Qualcomm aside to opt for the MediaTek Dimensity 1200-Ultra. 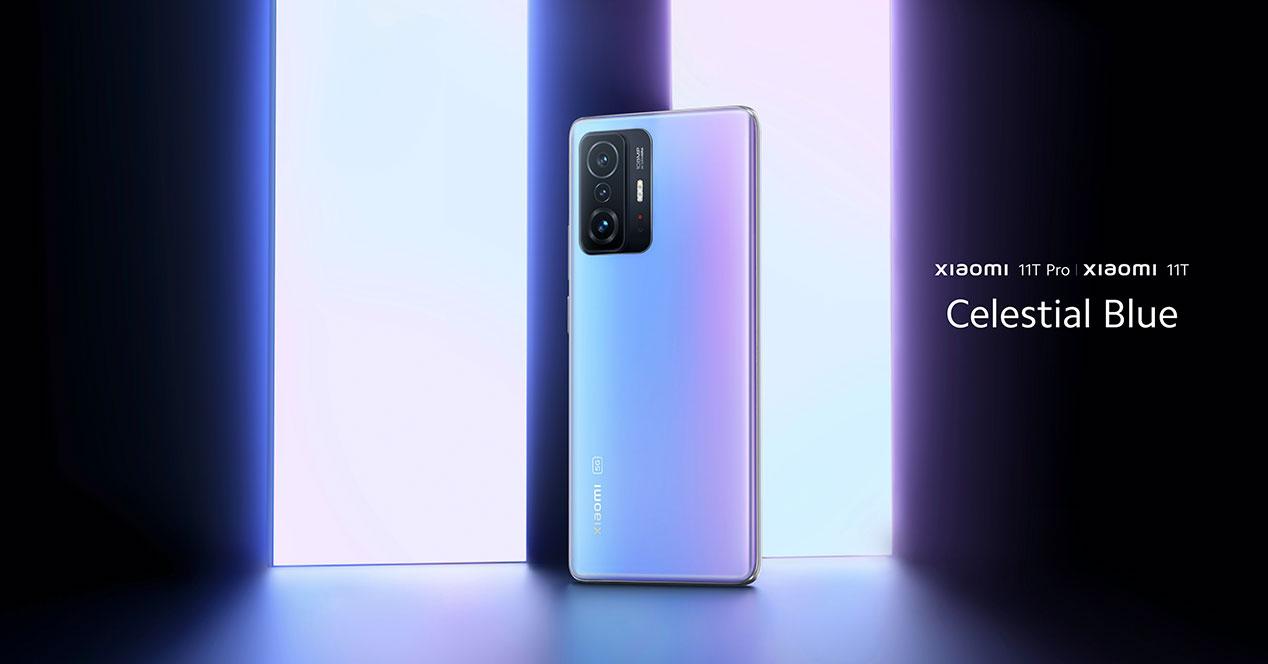 The memory options in this case come along with UFS 3.1 memory, with 8GB of RAM along with 128GB or 256GB. Coming to its connectivity, they have not forgotten about 5G, WiFi 6, NFC or Bluetooth 5.2. Where we do see change is in the speakers, where although the sound is stereo, we do not have the signature of the prestigious brand of speakers, conforming to Dolby Atmos.

Oddly enough, the cameras also remain identical, also including 108 Mpx and keeping 16 Mpx on the front, all the same as the Pro model, except that the video recording is reduced to 4K. Finally, the big difference is in the battery, because we forget the powerful fast charge to reduce it to 67W with a charger also included in the box. A charge that is more than enough for the largest to offer a full charge in 36 minutes for its 5,000 mAh, also the same capacity.

Availability and prices of the Xiaomi 11T

These two smartphones will arrive in Spain very soon, but at the moment the date has not been revealed. To get hold of them we will have the option to choose between gray, white and blue colors, both for the Pro model and for the base Xiaomi 11T. The prices for which you can buy each of the versions are as follows:

Following a strategy that we have already seen in other companies, Xiaomi has taken advantage of this event to renew one of its most desired smartphones, the lightweight Mi 11 Lite 5G. There are not too many changes in it, running into a traced design that offers us pink, white, black and blue colors. The first addition that draws attention is in the memory, because we have one more option to choose a model, we already had 6 + 128 or 8 + 128 and now the 8 + 256 GB are added. 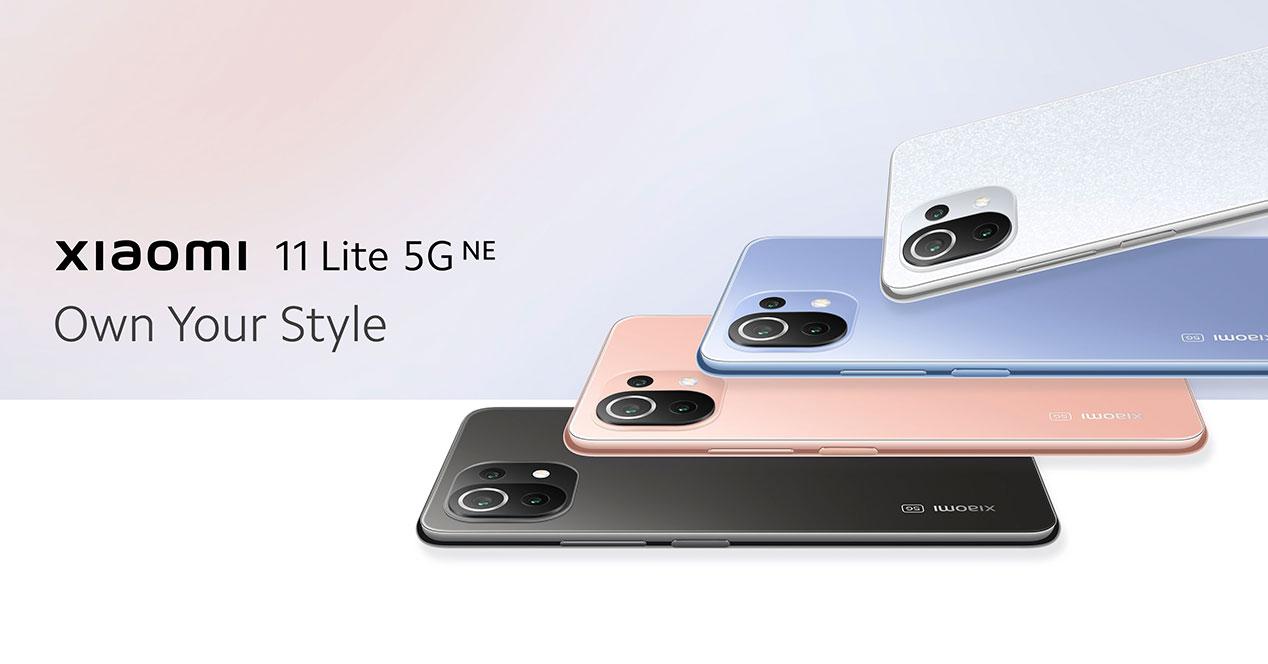 And the next only change that we find has to do with the chip, leaving aside the Snapdragon 870 to replace it with the Snapdragon 778G manufactured in 6 nanometers. A model that will pass the joy of everyone who wants to achieve it, arrives maintaining the prices of the Mi 11 Lite 5G, a name that we can forget. The 128 GB version can be purchased from 369 euros.

We can finally pay with the Mi Smart Band 6 NFC

Among the surprises that the Xiaomi event has left us, we came across the Mi Smartband 6 together with NFC to be able to pay from the bracelet . The great desire of all users has finally been heard and the door is opened to be able to pay with the bracelet, as for example we do with watches with Wear OS or with the Apple Watch. Xiaomi’s cheap alternative is now completed with this extra, without changing anything else around the clock. 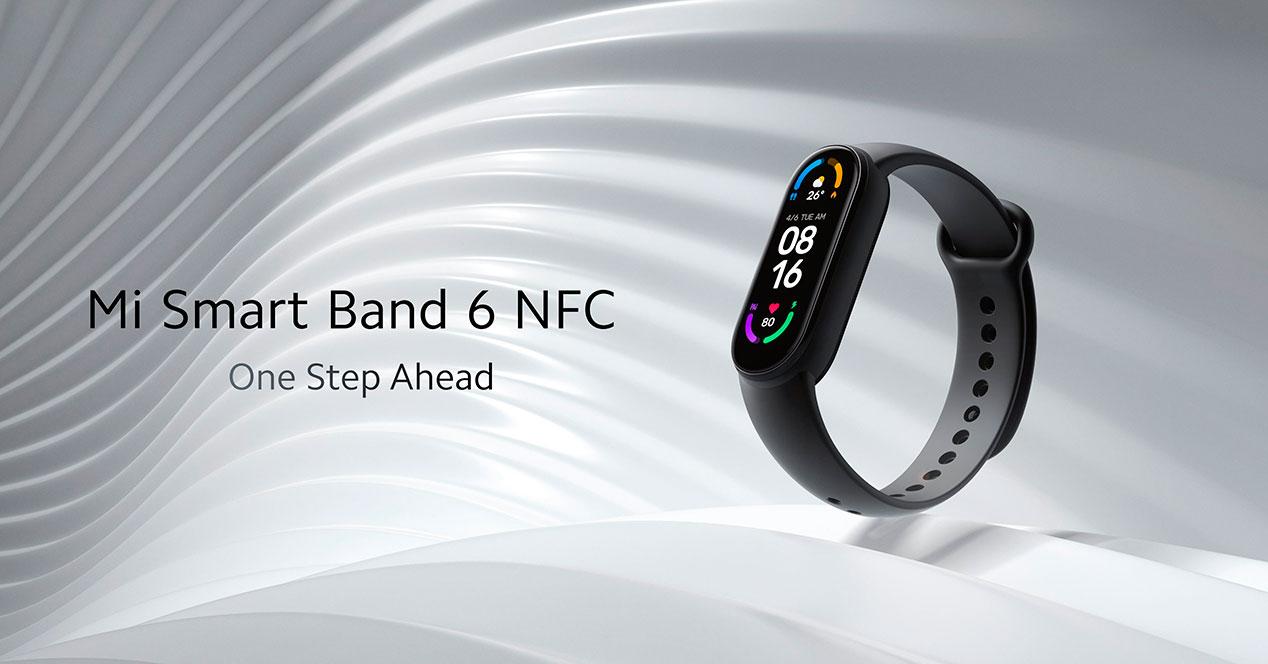 The Amoled screen, the sports modes and the middle of the dream among other things are still a reason to buy, but this extra makes it once again the great desired. A renewed bracelet that can be ours from 54.90 euros. At the moment it is not known how it will work, only that it comes from the hand of a collaboration with MasterCard.