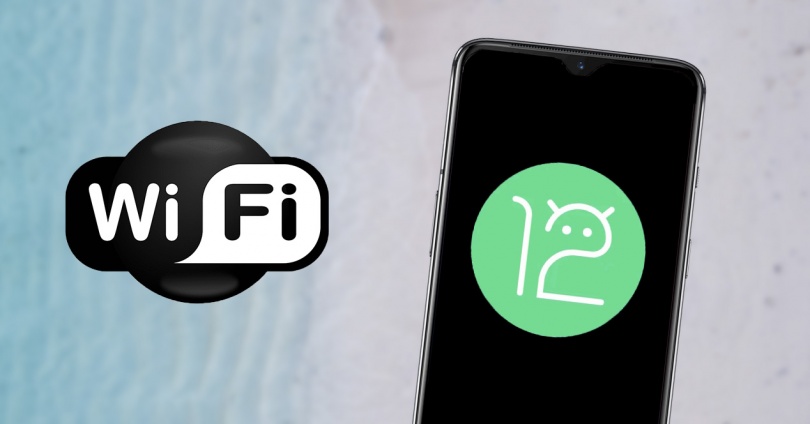 With the arrival of Android 12 in our lives, it continues to provide us once again with small functions that can be of great help. As is the case that we present to you today, the fact of being able to share the password over the Wi-Fi connection in your home without having to check the password and the router name yourself.

Although for a few years, Android users have other methods to send this information to whoever we want. But, now with the newly released version of Google’s operating system, we can do it an even easier way. And all thanks to the Nearby protocol that was activated a few months ago on mobile devices that have Android. Although, this functionality will only be available to those users who have the latest version, but the positive side is that it can be received in any terminal that has this protocol activated.

For those who do not know, for almost a year, it began to be installed in Android terminals with a version 6.0 or higher, Nearby Sharing . This protocol helps us to be able to send files from one mobile to another without having to resort to other methods such as the use of different messaging applications, Bluetooth, Wi-Fi or NFC, among others. And it is that, with this new tool, we will have within our reach the greatest facility to send files from one smartphone to another without having to worry about the Internet connection of our terminal. Of course, it will be essential that it is activated on both terminals and that they are more or less close.

But, as we mentioned, the real plus of this tool is that it does not need an Internet connection to share all kinds of files, from music to photos or videos. In addition, Nearby uses the Bluetooth standard of our smartphone to find the closest terminals and send a request to another phone to share that file.

Once the other device has accepted this request, this protocol decides for itself which technology is best to use at that time: Bluetooth or Wi-Fi, for example. And another of the most significant details that we find with this connectivity is that we will not need to carry out any previous configuration to be able to send files to other terminals. We just have to activate it and that’s it.

For those users who have the latest version of Android, this functionality will come in handy so they don’t have to continually repeat the password for their home wireless connection. And most importantly, not having to waste a second of your time checking the password and waiting for your guest to finally finish connecting.

Sharing the password through the Nearby protocol will become our lifeline. In previous versions of the system, we already found small tricks to be able to send this network to whoever we wanted by means of a barcode or also known as QR. But now, the only condition we will need is to have this protocol active on our mobile device.

The first thing we must do to carry out this process is to open the settings of our smartphone (which has Android 12) and click on Networks and Internet. Then, we will enter the Wi-Fi section and select the network that we have saved and want to give to another person.

After this, choose the option Share> Share with Nearby . Then, a window will open in which the different devices that have this protocol active will appear. So we only have to choose who we want to give our password to. Once the recipient has accepted this request, he or she will receive the key and can connect to our home network or to any other network. With this, we will only need a few seconds, compared to other methods. Of course, if you want to receive files you must activate it on your device. To do this, go to your phone’s settings, and go down to the Google section. Once there, click on Device Connections and activate this system by clicking on the switch that appears within the Share with Nearby section.

There is no doubt that Google could not afford not to have one of the great features that iPhone users have enjoyed for some time, the AirDrop . One of the file transfer systems between devices used by Apple users and that allows us to transfer files even when we do not have Internet access.

It is for this very reason that the American company began to work tirelessly on a system that allows us to send almost any file without problems to other Android devices that are close to our terminal with a few clicks. On the other hand, with Nearby Share we have a small disadvantage, and that is that it will be necessary that the terminal to which we want to transfer some type of file must be a maximum of two meters away. A point in favor for Apple, since their system allows up to 9 meters, or so they say. And as with AirDrop, with this Google protocol we can establish the visibility we want , either for all our contacts, some or simply that it is always hidden until we decide otherwise.

In addition, in recent weeks there is speculation that the function will arrive with which we can make it visible to everyone, without having to save that person among our contacts. Even having two modes, the first of them will be the one that gives us the possibility of being visible to everyone for a limited time, while the second will allow us to be in view of everyone forever.

Before we go to have this method, Android users have been using other ways to give our Wi-Fi password of our home without having to make a lot of effort. We refer to the fact of giving the key of the wireless connection that we want, as long as we have it stored in our terminal, with a simple QR code . The best thing about this alternative is that they are capable of working for both Android and iOS mobiles. So it will always be an alternative for those guests who have an iPhone. In addition, this method has been implemented since version 10 of the Google operating system. But, if you still do not know how you can give your Wi-Fi password with this method, you must follow the following steps: