SSDs have hardly any drawbacks compared to hard drives. That is the reason why more and more computers do not include an HDD inside, such as laptops. However, despite the fact that SSDs are smaller, faster and consume less energy , hard drives are still essential, thanks to their greater durability, reliability to recover data, and above all because of their price / capacity ratio. And now, they just created a hard drive that is as fast as an SSD.

We are talking about the Seagate Mach. 2 Exos 2X14 . Seagate is the company with the fastest hard drives, and now they have renewed their leadership with a new 14TB model that is capable of speeds of up to 524MB / s . This speed implies reaching almost the limit that SATA3 connectivity allows. 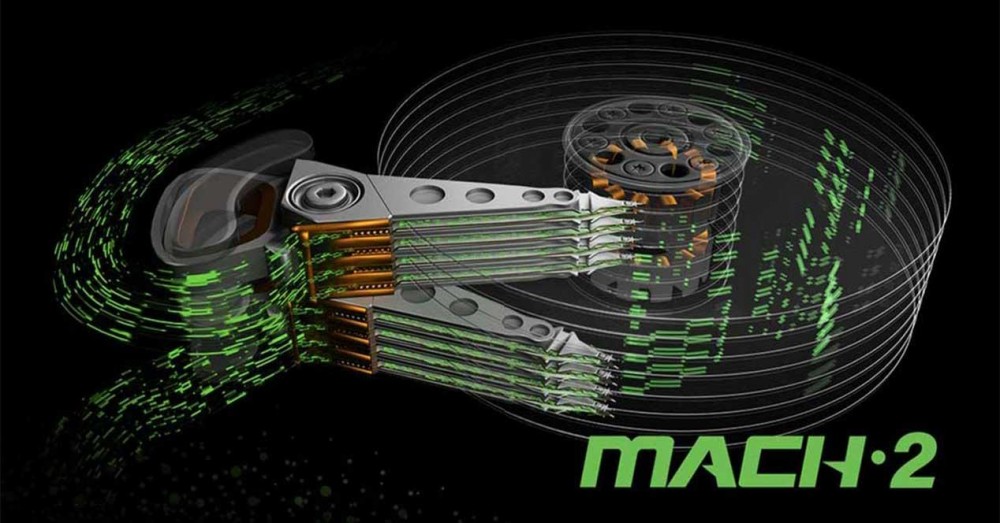 This speed, however, is maximum sequential read speed. One of the main problems hard drives have is randomly reading and writing files. For example, if we want to copy thousands of small files and they are scattered on the platters, the speed plummets to figures of a few MB / s. In an SSD, the data is accessible at the same speed wherever it is, although if there are thousands of small files it also affects the speed, although not as much as hard drives.

To achieve this speed, Seagate has cheated a bit, as the Mach.2 Exos 2X14 is basically made of two 7TB hard drives with two sets of independent actuator arms, but joined and sealed with helium in a chassis. 3.5 inch. It also spins at 7,200 RPM and has a 256MB cache , although the random read and write speeds are 304 and 384 IOPS , respectively, compared to the tens of thousands or hundreds of thousands that an SSD typically has. 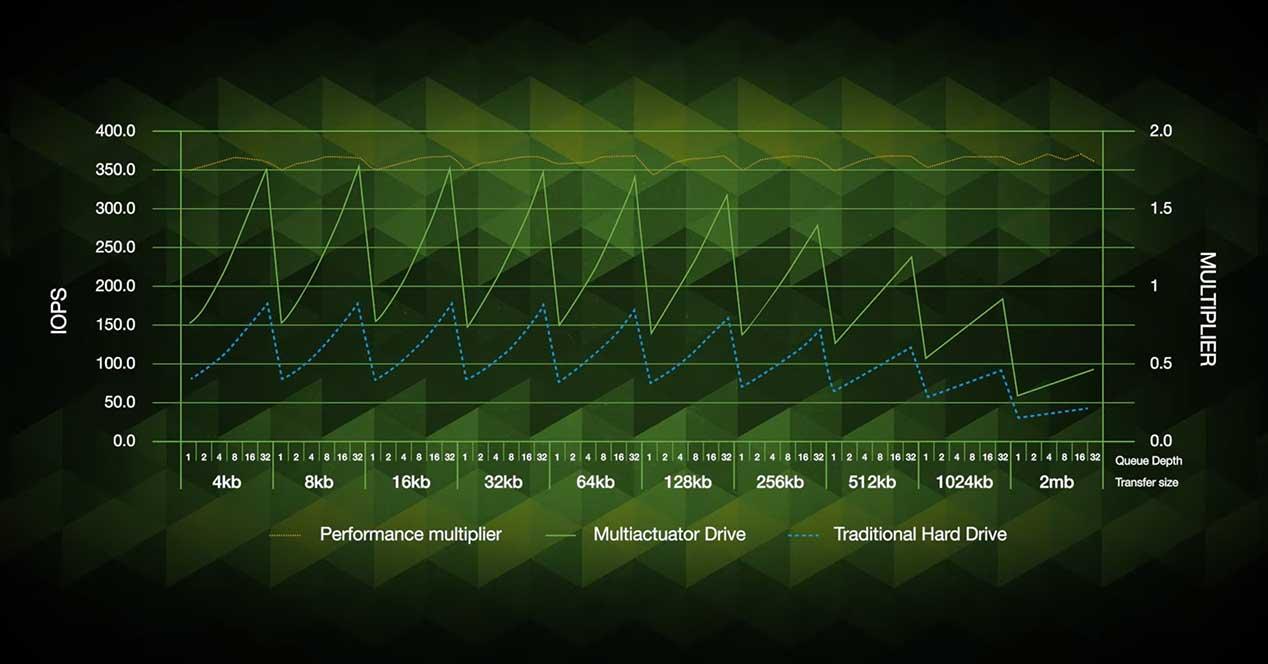 The energy consumption, having two hard drives inside, is also somewhat higher, with 7.2 W at rest and 13.5 W at maximum load. However, there is a setting called PowerBalance that allows to reduce the consumption to 12 W, although the performance drops by half in sequential reads and writes, and up to 10% in random reads and writes. Therefore, it is not ideal for massive deployments, but it can be a good option halfway between SSDs and slower hard drives, not having to clone hard drives to SSD or simplifying the process.

This technology will be the standard for years to come

Reaching high speeds on a hard drive is important, although in data centers where drives like this are used it doesn’t matter much because SSD drives are used as cache. Seagate says its price is similar to that of equivalent 14TB helium-sealed hard drives, although they have not disclosed the exact figure. 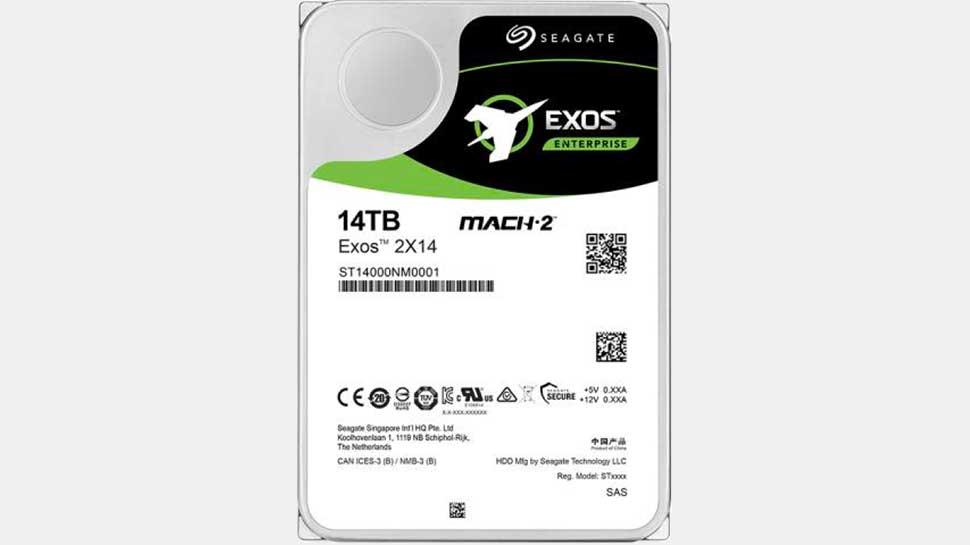 Seagate started the first experiments on Mach.2 technology in 2017 together with Microsoft. Little by little they were opening up to more manufacturers, and at the beginning of the year they announced that they were already in a position to start increasing the distribution of these units in a massive way, hence they have finally announced them for any company or data center beyond the that they had agreed.

Going forward, Seagate planned to start offering 30, 40 and up to 50 TB drives by 2026 with this technology, becoming a data center standard by then thanks to a combination of technologies like HAMR.