In the field of storage for PCs , today only the SATA and PCIe interfaces are used since they are the most widespread. However, there is a third interface called SAS that, although its use has hardly spread in the domestic sphere, to this day it is still one of the most widely used standards in the business environment. In this article we are going to tell you what the SAS interface consists of, what its characteristics are and of course how it differs from the usual SATA.

Home PC users are used to the SATA interface, as it is as simple as connecting the power and data cables and voila, the hard drive is ready to go. We use this interface basically because that is what the motherboard manufacturers decided, which only have integrated SATA connectors for a long time, and if we wanted to use the SAS interface, therefore, we would have to resort to expansion cards (it would not be worth it with an adapter because they need their own controller, just like SATA). 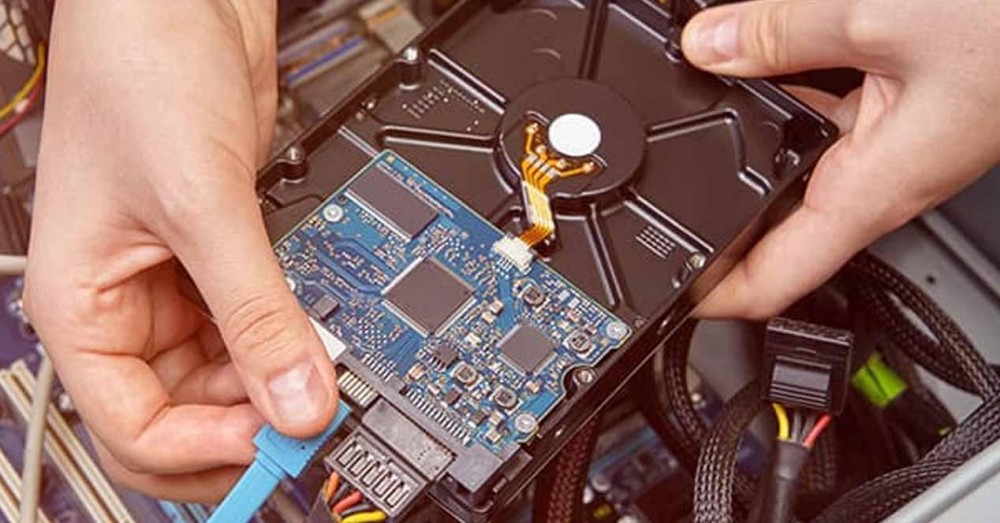 What is the SAS interface?

SAS is the acronym for Serial Attached SCSI, and it is a data transfer interface in serious successor precisely to SCSI, which is in parallel. Although SAS continues to use SCSI commands to interact with devices, it increases speed and allows for quick “hot” connection and disconnection, without having to shut down or restart the computer. 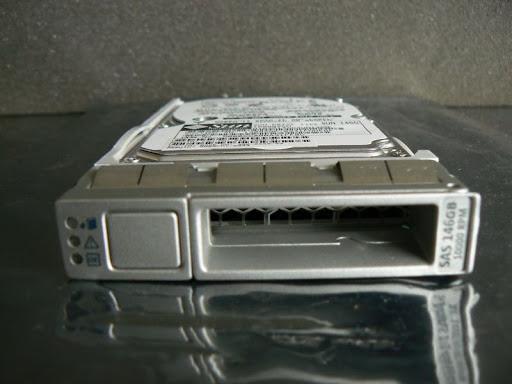 The first version of this standard appeared in late 2003 and was called SAS 300 at the time because it had a bandwidth of 3 Gbps, slightly increasing the speed of the interface at which it happened. It did not take long for the evolution to arrive, SAS 600, which provided a speed of 6 Gbps equivalent to the current SATA 3, but in 2015 this interface was improved and reaches 12 Gbps , doubling the performance of the SATA 3 interface.

One of its main characteristics, in addition, is that it increases the transfer speed of a system by increasing the number of connected devices, that is, it is capable of managing a constant transfer rate for all connected devices, eliminating the limitation of “only “16 that have SATA and SCSI.

How are SAS hard drives different from SATA?

To begin with, we find substantial physical differences between a SATA disk or connector and a SAS one, since as you can see below, the SATA interface has the data and power connectors separated by a hole, while the SAS connector is together although separated by a piece of plastic. This is to prevent a SATA cable from being connected to a SAS disk since SATA controllers are not capable of handling these disks, and however the reverse is possible, that is, you can connect a SATA disk to a SAS interface seamlessly and the controller will recognize it. 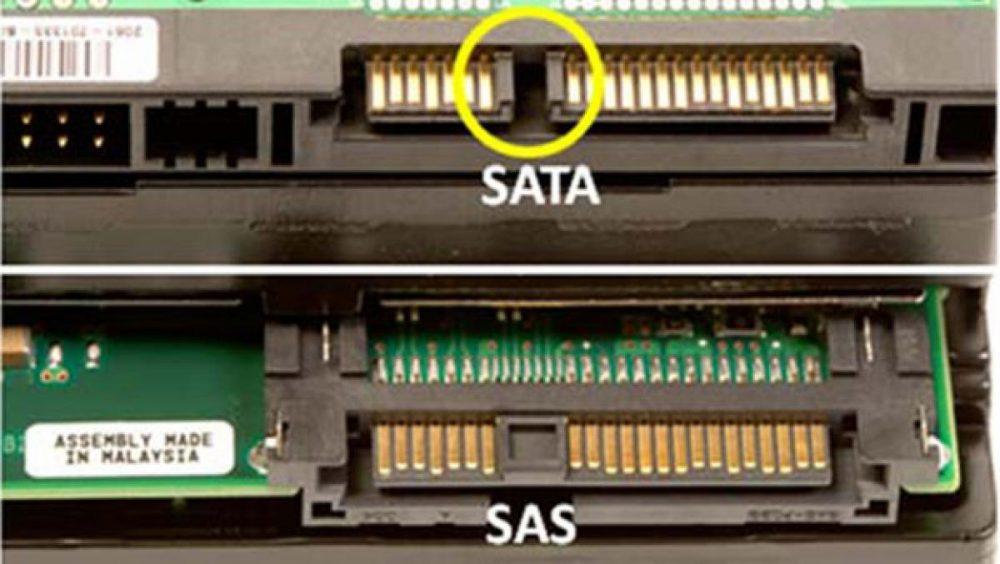 As you can imagine, the SAS interface cable is unified in a single connector for both power and data, and this is also a differentiating point since the SATA controller is integrated into the motherboard, while only the server motherboards incorporate SAS controller and if we wanted to use SAS disks in a home PC we would have to buy a controller in the form of a PCI expansion card.

By the way, in this case it is the controller itself that provides power to the hard disk and for this reason they can be used with a single connector instead of having separate data and power as in SATA disks. 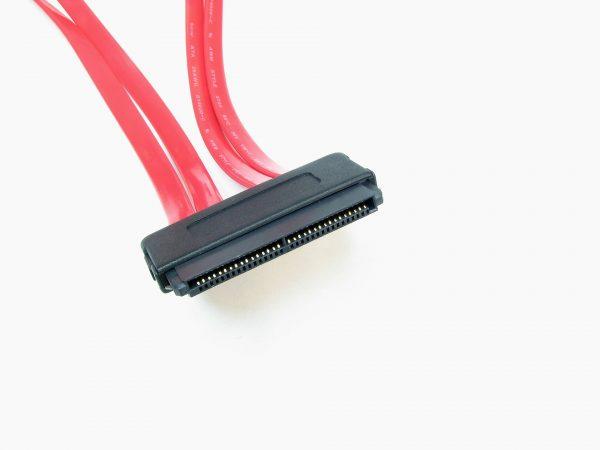 On the other hand, and although in the past there were SATA hard drives with more than 7200 RPM of spin speed on their platters (such as the famous Velociraptor that triumphed at the time for being the fastest mechanical hard drives on the market), in general they are limited to that speed because the interface does not give more of itself; However, when we talk about SAS disks, the usual thing is that they start at 10,000 RPM, and can reach 15,000 RPM units in some cases.

SAS drives are generally much faster than SATA drives, but also more reliable. Since the interface is capable of operating at twice the bandwidth, its transfer speed is also much higher, but especially its ability to handle input and output requests (IOPS) is much higher. For example, the industry accepts that the average value of a SATA disk is 80 IOPS while a SAS 15K disk (15,000 RPM) can have up to 180 IOPS. These are averages based on both low and heavy workloads.

Speaking of reliability, we just mentioned that SAS drives are more reliable than SATA drives, and going back to averages, the industry accepts that a SATA drive has an MTBF (mean running time before failure) of around 700,000 hours, while the MTBF on a SAS disk reaches 1.2 million hours.

Finally, we also find differences in terms of capacities, where SATA disks clearly win. If we talk about disks in 3.5-inch format, we have commercial 14 and even 18 TB drives on the market that any consumer (who has money) can access, while the highest capacity SAS disks on the market even today they are 2 TB. Obviously, these drives are designed for the business environment and to work in very advanced and complex RAID systems, taking advantage of their higher bandwidth for much more intense workloads that they are not subjected to in the home environment.

Now, answering the question of whether a SAS disk is better than a SATA one, the answer is, clearly, yes, it is much better in terms of performance and reliability. Now, considering their limited capacity, the fact that you need a dedicated controller and that the industry doesn’t sell them much in the commercial environment, it’s certainly not worth worrying about getting one – you’d better keep using it. SATA drives for now.