SSD storage units have been evolving at such a good rate that today it seems unthinkable that someone would only bet on mechanical hard drives. However, one can always opt for proposals like this one from Sabrent that you will like for specifications, but not for price.

The evolution of SSD drives has not only allowed the experience of using many devices to have improved significantly thanks to their higher read and write speeds compared to traditional mechanical hard drives. Also that prices are gradually falling, although sometimes due to cryptocurrency mining issues and other variants it is difficult to achieve a cost per gigabyte as attractive as that of HDD units. 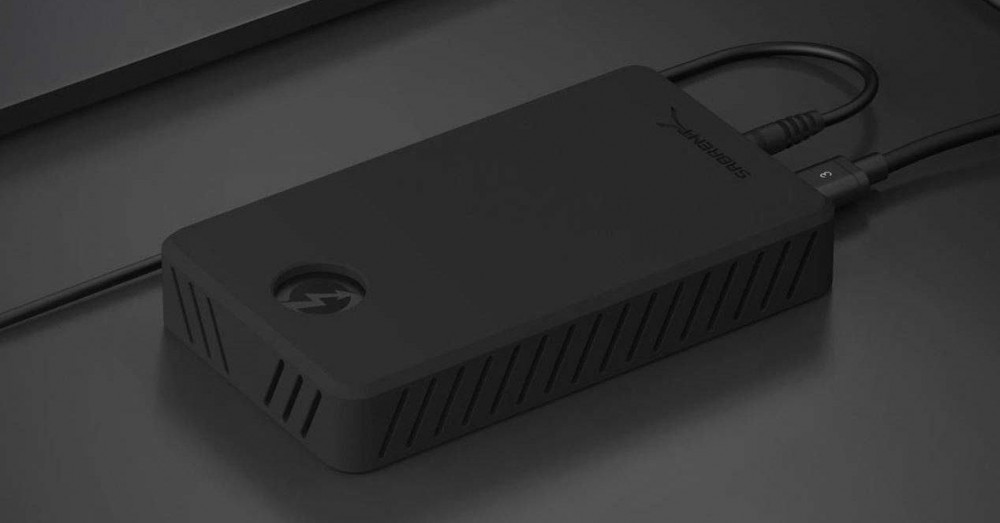 Still, this sector continues to grow and improve. The latest proof of this is Sabrent’s recent SSD storage drive. The Rocket XTRM-Q is one of those drives that any user would like to have, especially if it is one that moves a large amount of data on a daily basis. For example, it would be an ideal unit to work with all the material that the Blackmagic Pocket Cinema Camera 6K captures, whose files can weigh several tours for a few minutes.

What’s so special about this SSD drive? Well, to begin with, there is its capacity: 16 TB. It is true that there is a trick there because it is two 8 TB drives in a RAID configuration, but still it is still surprising.

Of course, the most striking thing for that work with heavy files are the speeds it can achieve in writing and reading. The M.2 NVMe SSDs that it integrates are capable, through a Thunderbolt 3 connection, of achieving up to 2,500 MB / s .

That would be the maximum performance when configured in RAID 0 mode, but if any of the additional modes offered such as RAID 1 or JBOD are used, the speeds drop to a no less interesting 1,400 MB / s. Speeds that are also great for demanding work without fear of data loss (RAID 1).

The only problem: the price

So far everything is great and I’m sure many have already begun to dream about what it would be like to work with a unit of these where you have neither space problems nor bottlenecks on your part, but you have to talk about the price.

The Rocket XTRM-Q from Sabrent is a high-performance SSD storage unit and you have to pay for it, so if you want to do with its 16 TB you will have to pay around $ 3,000 for it.

A fair price? Well, the truth is that it is high, but it is not disproportionate at all. To give you an idea of the value, expanding a 13 ″ MacBook Pro with an M1 chip with a 2TB SSD would cost an additional 690 euros. In the 16 ″ MacBook Pro model with an Intel processor the 8TB SSD costs 2,530 euros.

So it’s not bad at all, although few will make the leap and get a unit of this type unless they are very clear about it. But for this reason we cannot deny that it is the SSD drive that many of us dream of.