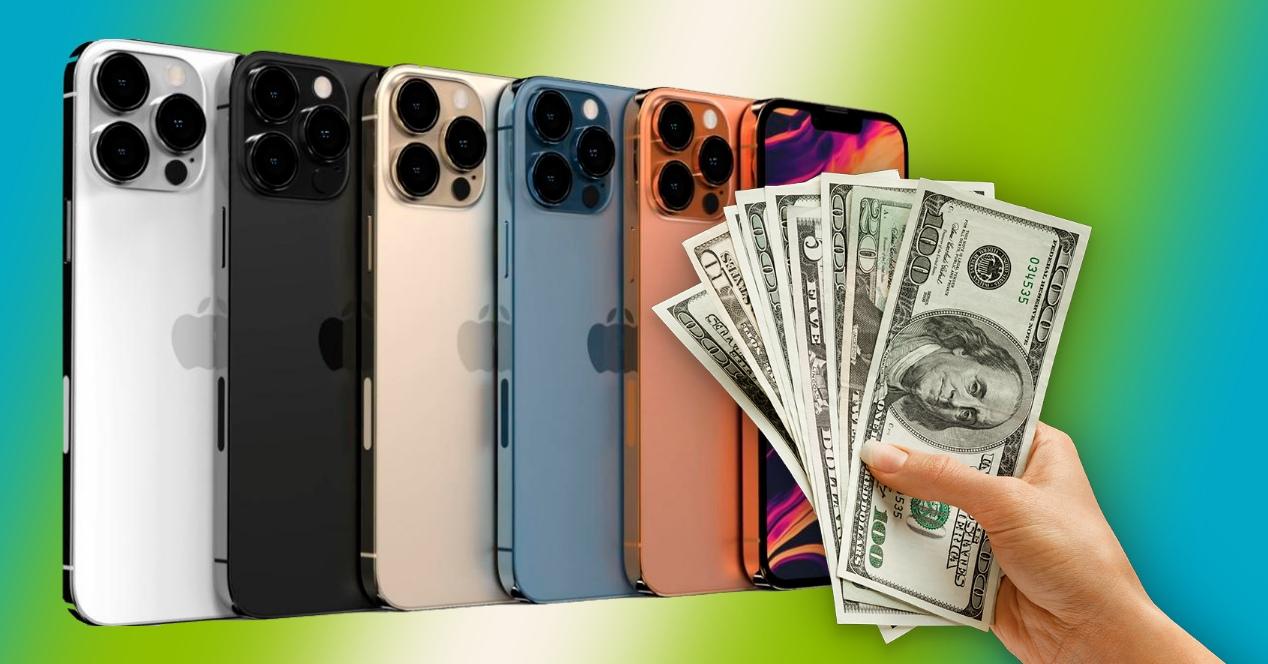 There is no doubt that the iPhone price list is always controversial because what for some is a fair and even cheap price, for others it is an absolute outrage. It never rains to everyone’s liking, but in the end the figures are what they are and except for sporadic offers that appear out there, the prices set by Apple do not usually vary too much from the moment they are launched until they are discontinued. It seems that the price of the iPhone 13 that will launch next September could already be in the open and with surprises.

They will keep the same price, except surprise

In recent years, Apple has maintained the same price line on its smartphones that, although it has varied depending on new lines within the range, in general terms they have not led to an increase. Several analysts have been talking for months that the prices set for the iPhone 12 would remain in the new generation and it was the Trendforce team who confirmed this trend in a report published several weeks ago.

It is also said that they will keep the same storage capacities , so it will not increase the base of the standard 64GB models and we will not see 1TB in the ‘Pro’ either as had been rumored. Therefore, the prices that we have in the current iPhone 12 serve to see what we will have to pay for these new ones:

Something that will have to be observed is which iPhone Apple discontinues. In addition to the ’12’, the company maintains in the catalog the iPhone SE (2020), iPhone XR and iPhone 11. Everything indicates that the ‘XR’ could leave the catalog, as well as the full range of iPhone 12. In In any case, it will be necessary to observe if it is fulfilled, since the phones that it maintains will fall in price as has happened on other occasions. In the last run, the iPhone 11 fell from 809 to 689 euros and the ‘XR’ from 709 to 589 euros.

The reason why they won’t go up in price

These new iPhone will bring outstanding changes in the cameras, on the screen for the ‘Pro’ models, a reduction of notch for the entire range and a renewed processor. However, in general lines they will be very continuous devices and hence it was even rumored that they would be called iPhone 12s, something that seems to be denied again according to recent reports from the supply chains. The fact that they are not equipment with big changes could be more than enough reason for the company not to increase prices.

In any case, and despite the fact that there are several sources that affirm these prices, we will have to continue waiting for the official presentation of the phones to clear up doubts. If everything goes as it seems and there are no delays, the presentation event would be in September and possibly the market launch date would be set for the week following said event.