The appearance of the Ray Traced versions of Resident Evil has coincided with that of PC. However, for users of computer games they have been a jug of cold water. The reason? The same as that of all console versions, the already classic bad optimization of said conversions. Let’s see how at least one of the installments, Resident Evil 2, performs on various cards for PC.

Capcom has updated three installments of its famous Resident Evil saga to Ray Tracing. Specifically, the remakes of the second and third installments, as well as the seventh that appeared a few years ago. In addition, all three have added support for AMD FSR. Which is appreciated if we take into account the performance disadvantage in terms of ray tracing. Especially due to the fact that the AMD RX 6000 performs worse in that aspect even than the RTX 20. However, this is not always the case and the Ray Tracing version of Resident Evil is the demonstration of what happens with a console conversion to PC. This is how Resident Evil 2 performs under Ray Tracing

Well, a Brazilian media has decided to test the performance of Resident Evil 2 with ray tracing enabled and disabled with the following PC:

The same computer has been tested with three different graphics cards: NVIDIA‘s RTX 3050 and RTX 306 0 and AMD’s chosen representative is the RX 6600 . The objective? Test the performance of the game with Ray Tracing enabled to see how each of the graphics cards performs and it is important to note that in this case it is the computing power of the graphics chip in combination with the ability of the drive to speed up the calculation of the intersection the most important point.

Starting with the most powerful of all, the RTX 3060, we see how Ray Tracing makes the frame rate drop from 107 FPS by not having it activated at 73 FPS with the highest visual quality level and all this at Quad HD This is a loss in frame rate of more than 30%. The tests with the RTX 3050 in changes have been made at Full HD resolution where said graphics reaches 115 FPS , but it is unable to reach 60 FPS that we consider to be the acceptable average in the game by staying at 44 FPS. This means lowering the frame rate to 40%.

Both NVIDIA RTX 30 with the advantage over AMD graphics that its RT Core can not only calculate the intersection. if not, it also runs through the spatial data structure in an automated way. While with the RX 6600 there is no such option and it is necessary to run shader programs. As if that were not enough, it has the ability to double the calculation capacity per clock cycle and core at certain specific times. The results? You can see them in the images below. 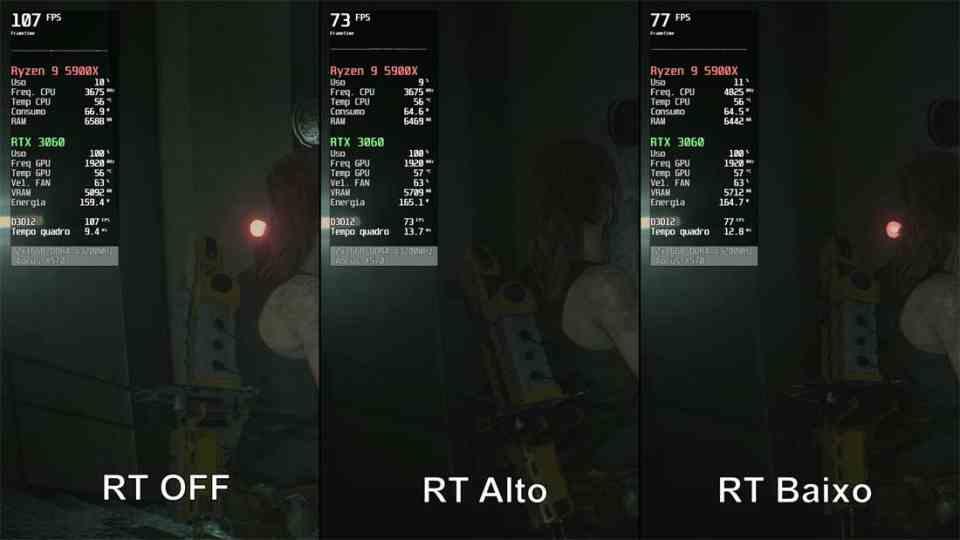 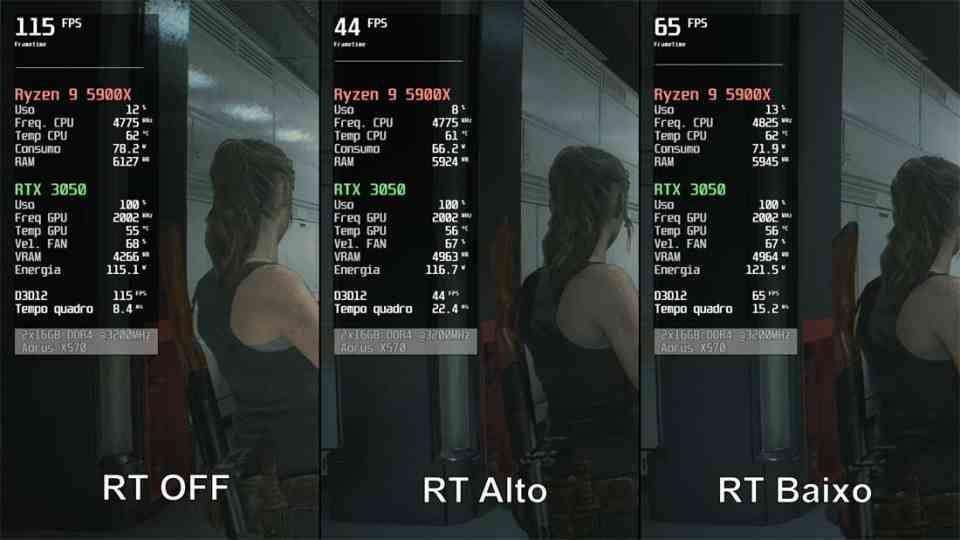 And what about the AMD card? Well , it stays at the level of the RTX 3050 , which gives us the clue that Capcom has not optimized the code for the NVIDIA RTX. Since the RX 6600 and RTX 3050 have the same computing power of 9 TFLOP S. Being a console conversion, Capcom most likely ported the code as-is and is not taking advantage of the full RT Core capability of the RX 6600. NVIDIA graphics.

The update has received complaints from users

Capcom has increased the technical requirements of the game , even if we don’t play with ray tracing active, which has caused complaints from all over the world. So in the end they have been forced to give the opportunity to revert to the previous version in order to be able to play the game if they have a modest team. This, in turn, is a demonstration of a problem that has been going on in the world of computer games for a long time. Today the Xbox and PlayStation hardware are literally the same as a computer, so games end up being ported to the console without any optimization and we are clear that the conversions of Resident Evil to PC will not be the last case.