As with any self-respecting operating system , to be successful among users it must be functional, in addition to having a good number of applications. What’s more, just as it happens in Windows, these can be managed in the most comfortable way, in addition to the other data that the system itself houses.

In these lines we are going to focus on the aforementioned Windows , since as you know it is the most used operating system in the world for desktop computers. Thus, as we mentioned before, in addition to its power and advanced functionality, software such as Microsoft‘s Windows should provide us with the most basic tasks. To serve as a clear example, in these same lines we are going to talk about file and folder management . 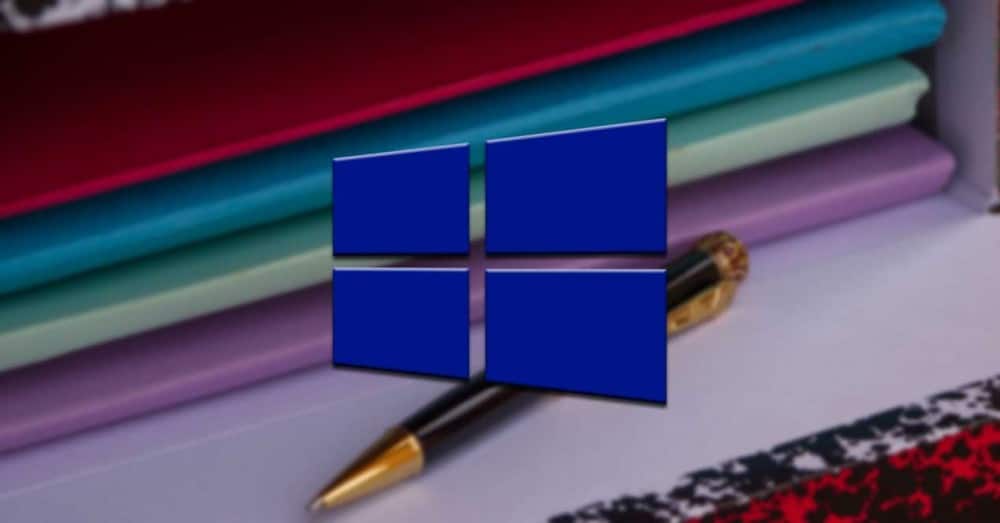 Keep in mind that working with these elements is essential, although basic, it is very important for the software itself. Hence precisely the importance that the popular Windows File Explorer has long had, for example. This element will allow us to copy, move, paste, delete or rename files and folders, among many other features. 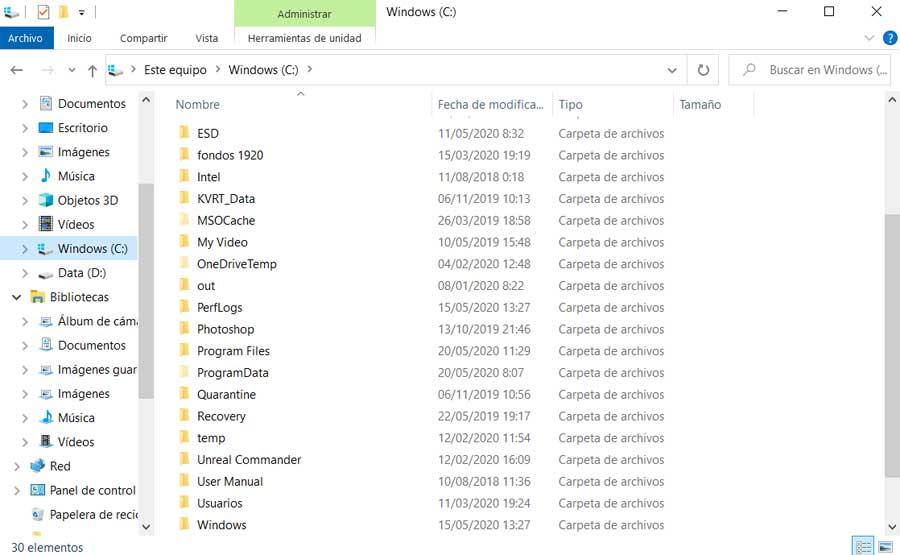 As we say, among these functions is to rename files and folders. In fact, the operating system itself offers several ways to carry out such an important task as this. It is for all this that in these same lines we are going to show you the ways and steps to follow for it. That way you will have the opportunity to choose the one that best suits your needs.

Rename files and folders in Windows

As we have mentioned, one of the elements integrated in Windows itself and that will be very helpful in all this, is the File Explorer. We can access it through the key combination Win + E. Well, once located here, first of all what we must do is locate the file to be treated as such. Whether it is a file or a folder, to modify its name, we can first use the function key F2.

At that moment we can already change the name of the item marked from the keyboard. At the same time the same will happen if we double click with the left mouse button. In this case, both clicks must be a little more spaced in time than when we try to execute or open.

Similarly, another very direct and simple method to rename these elements that we discussed in the Explorer, is by means of a button. To do this we just have to go to the Home tab, where we already find the Rename button at the top of the interface. Of course, before we should be located on the content that we are going to change in the lower panel, either folder or file. 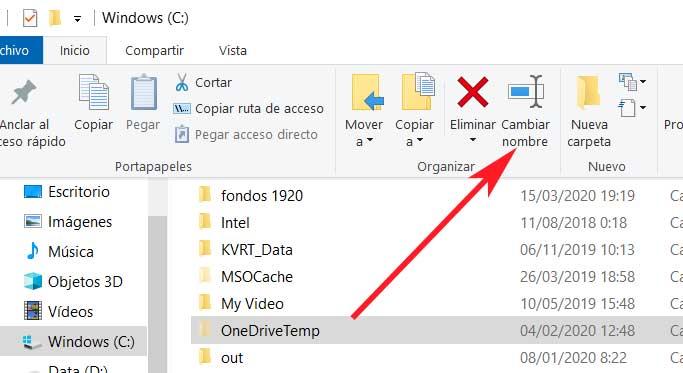 Similarly, another quick and effective method from here is by using the File Explorer context menu. It is enough that we place ourselves on the element to change, and click with the right mouse button so that we can access the Rename option in this contextual menu . 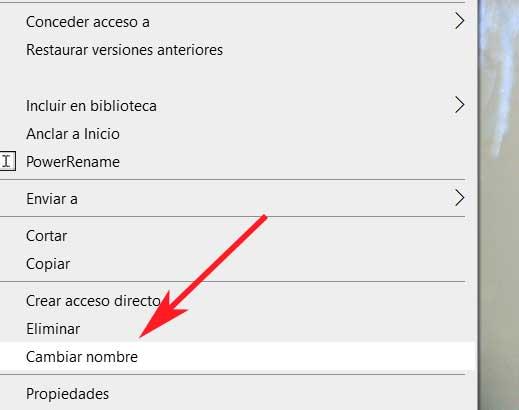 Rename files and folders from CMD

Although also affordable for most users, file and folder renaming can also be done from the CMD command line, or from PowerShell. First, we can place ourselves on the command line by typing the CMD command in the search box on the Start menu . Then a new generally black window appears where we will use the Ren command. Therefore, here the syntax to use will be the following: Ren “filename.extension” “new_name.extension”.

Similarly, if what we want is to change the name of a folder, the syntax will be the same, but eliminating the section of the extension.

On the other hand, if what we want is to use the Windows PowerShell application, the system is just as simple. We access the functionality from the Start menu box by typing its name, but in this case the order changes slightly. Therefore, the syntax to use in this case would be: rename-item “file_name.extension” “new_name.extension”.

Rename several files at once in Explorer

At the same time, it may be the case that we need to rename several of these elements at once. There are third party programs, which we will see later, that offer us this and other additional functions . However, in a simple and basic way, it is something that we also achieve from File Explorer. Well, for this we open the aforementioned Explorer and place ourselves in the folder that houses all the files to be renamed.

Then we hold down the CTRL key while clicking on the files to change. Once all of them are marked, we press the F2 key and change the name of the one that allows us. By performing these steps it may seem like we are just renaming a file. However, after pressing Enter, all files will be renamed as specified. Of course, they will vary in that a number is added in parentheses at the end.

Programs to rename many files and folders

So far we have talked about the different ways that Windows itself presents us when it comes to renaming files and folders. But of course, how could it be otherwise, we can also use third-party solutions for it. There are many programs that currently offer us this type of action, although of course, at the same time they present us with somewhat more advanced functions .

And it is that otherwise it would not make much sense to use software external to Windows, with the ease that the Microsoft operating system already puts us into it. For example, this is the case that we find with FocusOn Renamer , a program that you can get from here . Actually, it is a solution of these characteristics that is responsible for automating the renaming process.

With this what we want to tell you is that the program allows us to carry out the name change on multiple elements at once. As is easy to imagine, this is going to save us a good amount of time if we need to do these many times. For this we only have to indicate the origin of the files or folders and program by means of rules how their content will be renamed. 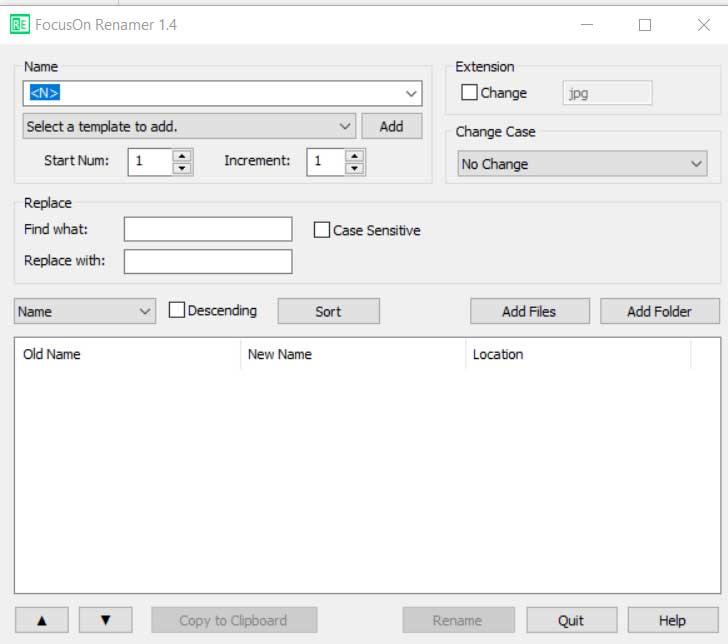 On the other hand, and if we do not want to get out of the shelter of Microsoft , at least for this type of task in particular, we can also use PowerRename . This is a program that is part of the popular PowerToys from the same firm for Windows 10 that you can download from this link . This means that, if we wish, the application will be seamlessly integrated into the operating system itself. 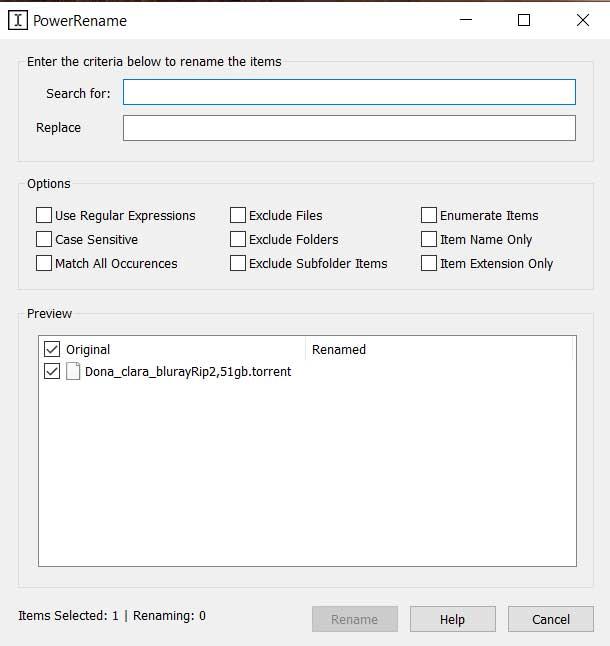 Thus, once we have accessed the aforementioned PowerToys, on the left side of the interface we find the PowerRename application. Here we can already specify and customize a series of parameters that will allow us to rename files and folders in a more advanced way. In addition, and to make these tasks even easier, say that the program adds an option to the Windows context menu. In this way we will only have to click with the right mouse button on the file to be modified, so that the utility appears.