The mods for Microsoft Flight Simulator will not fail to surprise us . The imagination of users sometimes reaches unsuspected levels, and on this occasion, it seems that someone with a lot of desire for the next generation of consoles knew how to calm their craving with a nice modeling. 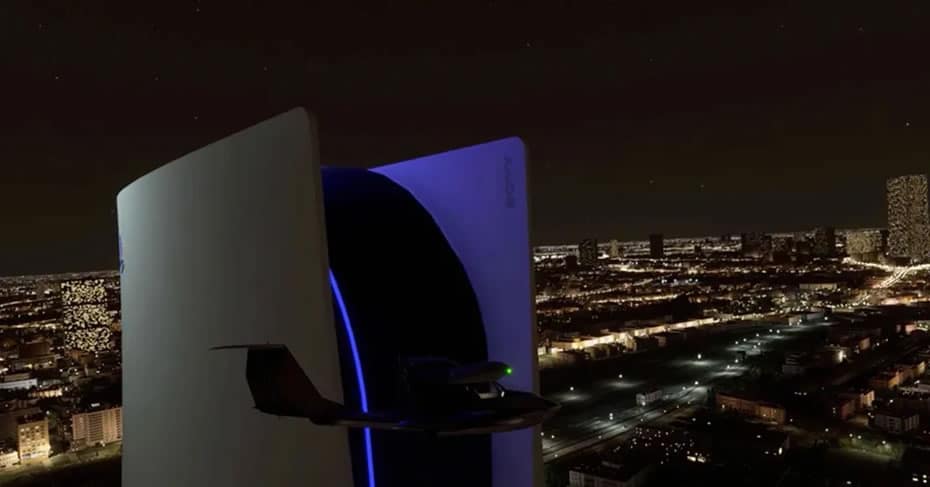 Oh_Gaz is a Reddit user who has shown his skills creating builds for Microsoft Flight Simulator. Among his works we can find great bridges, stadiums and even television towers, and although they try to great works very well received, can not be compared with his last two creations: PlayStation 5 Series X Xbox .

The case of PlayStation 5 is especially striking. The modeling of the console is perfect, and it draws extremely attention when you fly over the area at night. The console is located in the Minato region of Tokyo, right where the Sony Computer Entertainment headquarters are today, and you can even land on it!

There was also Xbox Series X

Anyway, the first creation that he shared on the network was that of a replica of the Microsoft console. Because of its simplicity, you may have decided to design it first for quick results, but the result is still great. This time around, unsurprisingly, he decided to place it directly in Redmond, and the peculiarity of the console’s design makes it look like a true city skyscraper.

As you can see in the images, this peculiar building keeps the original proportions and lines of the console, and thanks to its straight lines and its prism shape, it practically does not clash at all with the rest of the map.

Although their creator has announced them publicly, at the moment these creations are not available for download, however, it seems that they will be soon. This is how Oh_Gaz has dropped it through his Twitter account, indicating that the launch will take place very soon and that he will soon give news about it.