Apple Watch Series 6 and Apple Watch SE … at first glance, two identical watches, however, their own names already indicate that they have certain differences to take into account. But how important are they? , and above all, what is the best option between both models? . After several weeks of testing it, I can already answer this question, advising you which model suits you best according to the type of user you are. Let’s find out. 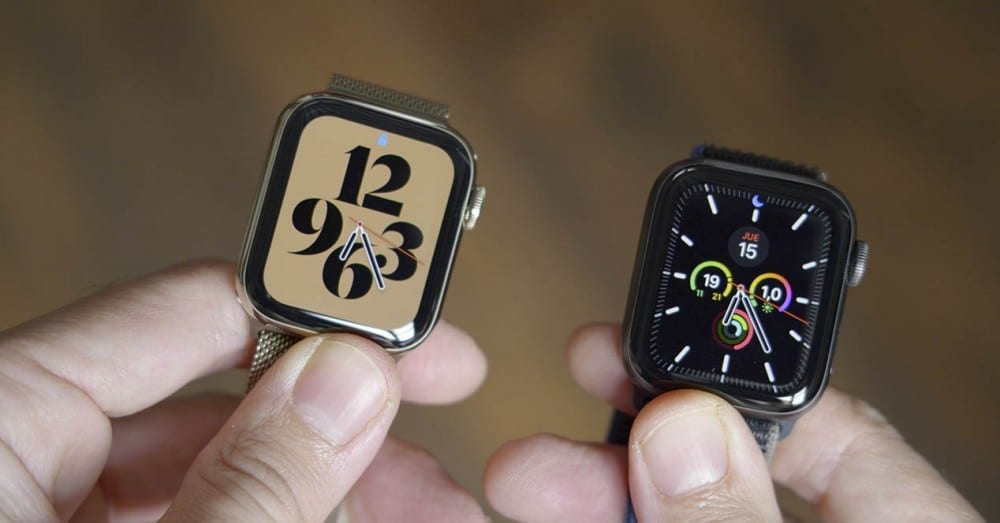 Which model is best for you?

As you may have seen in the video you have on these lines, I have considered that the best way to discover which Apple Watch best suits you is by dividing this review into sections. And it is not the same that you have never had an Apple watch than that you have a Series 3, a Series 4 or even Series 5. For all these cases, I have some guide or advice to offer you so without further delay, keep reading and choose the situation that best suits your current situation.

You have an Apple Watch Series 4 or Series 5, is the 6 worth it?

If you already have a Series 4 or Series 5 model, I think the thing is quite clear: my recommendation is that you do not change to the Watch Series 6 and wait for a next generation where you can better feel its progress and you feel more worth it. investment.

There are hardly any substantial differences between the aforementioned watches, and all of them, luckily, work with the same operating system version: WatchOS 7 . After all, this ecosystem is what gives this product true meaning, becoming its reason for being and the key to the Apple Watch triumph over other smart watches.

If you have a Series 3, things already change a bit (quite a bit). To begin with, because the processor change implies a more important and notable leap, with a Watch Series 6 where you will feel that everything is going faster and much more fluid than before.

In addition, with this new generation you have a slightly larger screen compared to the Series 3 (which still kept the old 38 and 40 mm designs), something that you hardly notice on the wrist at volume level and that nevertheless translates into an experience much more attractive, especially considering that in the Series 6 you will find the Always-on function (always active screen), one of the favorite functions of Apple Watch users.

Other benefits that you gain by switching are the electrocardiogram, the new blood oxygen sensor, a crown with a better haptic response or even a superior microphone – the latter is something that is not usually discussed much.

In short, here there is an important difference and it can be quite rewarding to make an investment in the new generation of the watch.

You have never had an Apple Watch, which one to buy? Apple Watch SE or Series 6?

If you do not have an Apple Watch and you are going to get into the world of smart watches for the first time, there are several aspects to take into account, especially considering that we are talking about a price difference of almost double.

Here you are basically going to have to weigh how much importance you give to three key benefits:

The rest of the differences are very small : in the Watch 6 you have an S6 processor, but the S5 chip in the Watch SE performs practically as well. They both work on WatchOS 7, which, as I said before, is key to the entire solid ecosystem that Apple has created with its watches. With the Watch Series 6 you can choose other colors with more varied finishes, the screen is somewhat brighter and charges a little faster, but I return to the same: these are small differences.

For everything else, both watches are identical in functions, performance and even in battery life, so my advice is that if you are going to debut in this world and you cannot (or want) to spend so much, bet on the Watch SE , With which you will have a very round and very complete Apple Watch experience for only 299 euros, instead of the 429 euros that the Watch Series 6 costs.