Amazon Prime Video is one of the most popular streaming platforms that we have available today. This offers a wide catalog of content of all kinds, among which are even premiere movies for which we will have to pay to rent or buy them. Having these movies next to the rest of the content can be a bit annoying, but thanks to a new feature that came after the update we can prevent them from appearing. We tell you what you have to do for it.

As we say, this new feature came “quietly” with the new update, and it’s really useful. Thanks to it, we won’t have to watch the movies to rent or buy again, so the possibility of buying this type of content by mistake is completely eliminated. 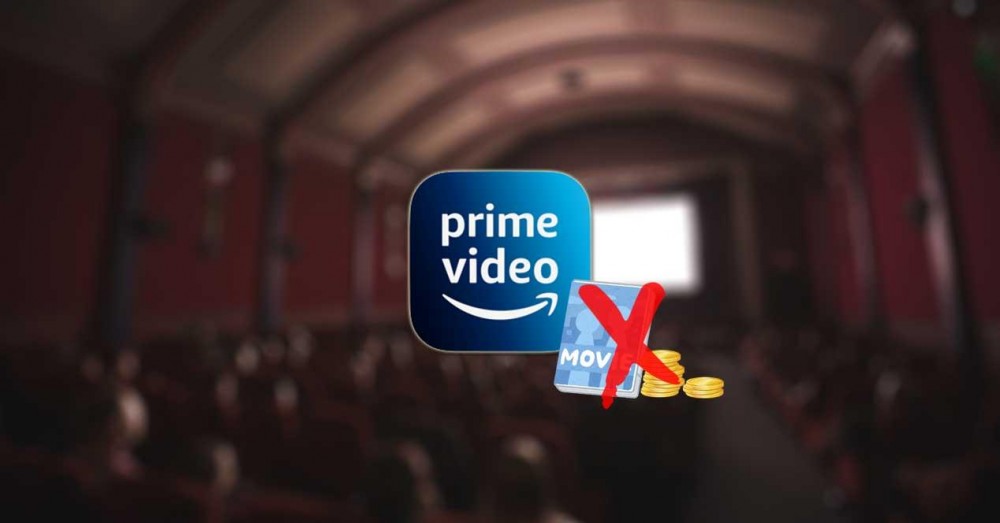 Watch only the movies included in Prime Video

If you are a Prime Video regular, you will know more than enough that this platform shows you movies for us to rent or buy along with the content that is included in the subscription. This can be tremendously annoying, since I am sure that it has happened to all of us that we have gone to see something thinking that we could do it without paying anything and we have been disappointed to see that, in reality, it was a movie for rent .

Until not too long ago we had the obligation to “suffer” these purchase movies, but that has changed after the arrival of the latest interface update that Prime Video suffered . This one has transformed the app space and now has a much more modern and refined look than the previous one. With the arrival of this update, it has also received some very interesting features that may not be visible to the naked eye.

This update, which as we say, has been with us for several days (it is available on all platforms that have access to Amazon Prime Video) and brings with it some improvements and changes such as the possibility of being able to filter content by subscriptions , which would avoid us having to screen all those movies that are available to buy or rent on Amazon Prime Video.

Filtering content couldn’t be easier. To do this, all we have to do is log in with our profile and go to the far left so that several options appear to choose from. If we choose the ” Start ” option, all the content of Amazon Prime Video will appear on the screen, including the movies that we can buy. Well, if we scroll down we will arrive at a new tab called “My Subscriptions” and there a circle indicating Prime will appear first. If we click on it, we will be filtering content by subscription, so that way only the content that the application has included will appear.

Regardless of whether or not we want to filter the content so that this type of paid movies do not appear, it should be added that we will also see how this type of content has changed in visibility, now being much easier to distinguish it from the rest. These movies will have a label or a golden flash, in addition to their own store where we can find only this type of content.