PowerToys is an open source Swiss Army Knife developed by Microsoft, which brings users a series of tools with which to improve productivity and facilitate all kinds of actions and settings. This software dates back to the Windows 95 era and, after many years of neglect and in the background, Microsoft decided to give it a second life with Windows 10 . The program is in constant development, so every little time we usually find new tools within the suite. And one of the tools that will come soon will allow us to work with Windows fonts like never before.

Managing fonts in Windows 10 is easier than ever. From the Configuration menu itself we will be able to see all the fonts that we have installed in our operating system, uninstall them and even add new fonts just by dragging them to the Settings panel window. It couldn’t be easier. But there is always time for improvement. 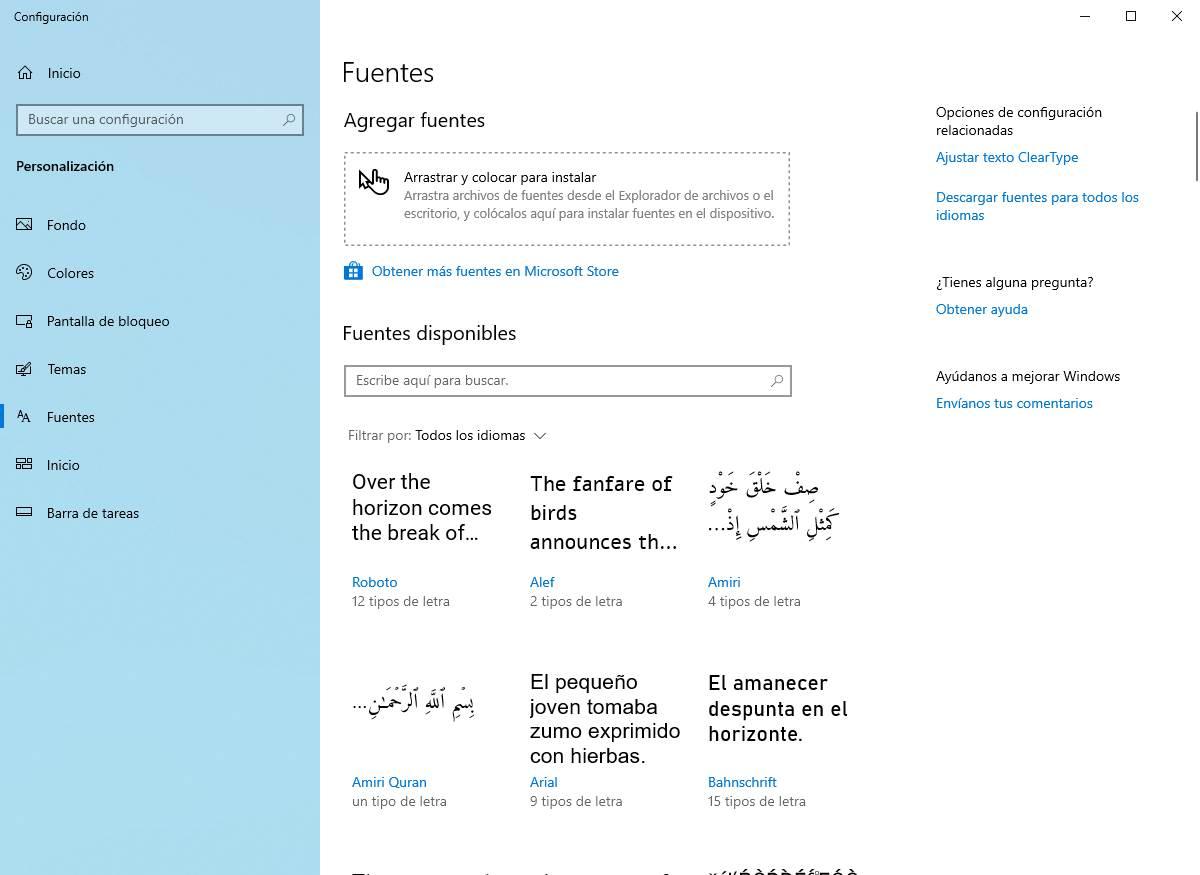 What Microsoft does not allow us to do from here is to change the default Windows font. But this is what we will be able to do in no time using Microsoft’s PowerToys.

Thanks to the roadmap that Microsoft has published on the development of PowerToys, we can get an idea of what will be the next tool that will arrive in this suite. Apparently Microsoft is working on an improved font manager for users who want more control over Windows typography.

Thanks to this new tool, users can change the text representation of the operating system and force certain effects, such as symmetric smoothing , much more easily. Thanks to this, the letters will be softened and we can see the letters much better than ever when we put them in larger sizes.

At the moment we do not know much more about this new tool, only that its development will comment soon. And surely we will not see her inside the suite until well into the next 2021.

Other new features of Microsoft PowerToys

While the development of this new tool begins, Microsoft is working on another new feature, which we will see very soon, and improving others that already exist within the program. For example, one of the tools that Microsoft is improving is the color picker . This tool allows you to obtain the HTML code of any color that is being rendered on the PC screen. And Microsoft wants to improve it by making it compatible with Fluent Design and allowing users to create their own colors in the picker very easily.

In addition, Microsoft is already finalizing other tools that will become part of the suite very soon. For example, a tool that will allow us to control the camera and the microphone of video calls very easily, with a couple of clicks, and another tool, copied from macOS, that will allow us to easily find the mouse on the screen when we lose it. view.

All this, and much more, will be coming to Microsoft’s PowerToys in the coming months.