Printing problems have always been the order of the day. Printers and users have always had a love-hate relationship in which, after spending a long time configuring it, overnight, it suddenly stops working. Without reason. Without making a single change to the PC. So we have three options: the first, reconnect and configure the printer from scratch; the second, to use the Windows troubleshooter (and cross your fingers) and the third, if the problems are caused by conflicting updates from Microsoft, is to use this simple script .

Windows security patches so far this year have been catastrophic. But, without a doubt, one of the ones that has caused the most problems has been March. This update fixed several vulnerabilities related to the spooler , and in the process caused millions of printers worldwide to stop working. A problem with older drivers caused a blue screen to appear when going to print. Or, in the best of cases, see badly printed elements. 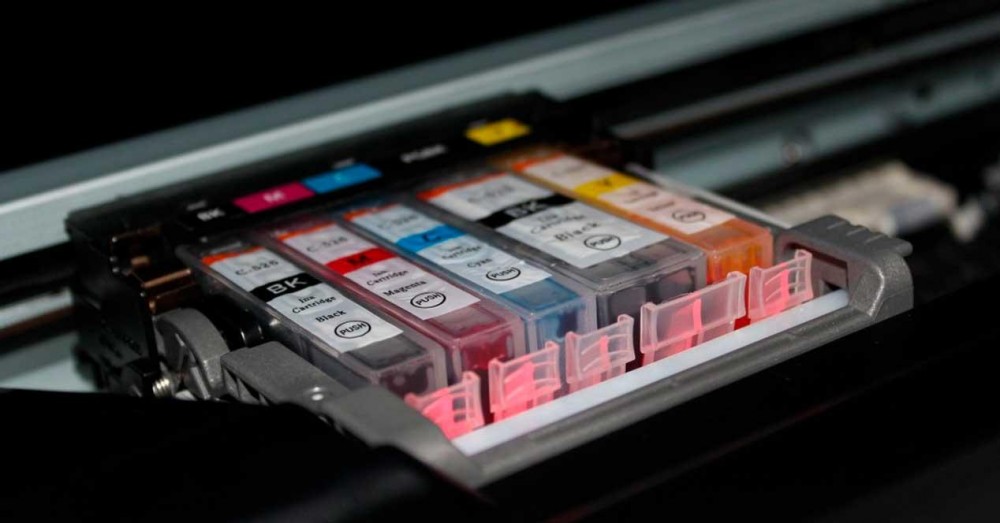 Although Microsoft claims to have solved these problems, on the network we can see users who continue with them, not being able to print correctly, or seeing errors when doing so. Although the solutions are simple (install the latest patches, or uninstall the conflicting ones by hand), there is also another way to eliminate these problems with a couple of clicks: resorting to a PowerShell script created for this purpose.

Like all scripts, opening it with any text editor we can access its code, being able to know at all times what it is going to do on our PC when we execute it. Therefore, the creator has left the script directly in TXT format at this link . The only thing that the code comments are in German, but with a translator we can translate them to know what each function does.

To download it to the computer, we will simply click with the right button on the previous link, and we will choose the option ” Save link as “. In the window that will appear, what we have to do is change the name of the file to the one we want, but ending in “.ps1”, the extension of Windows PowerShell scripts. And, in type, choose the option “All files”. 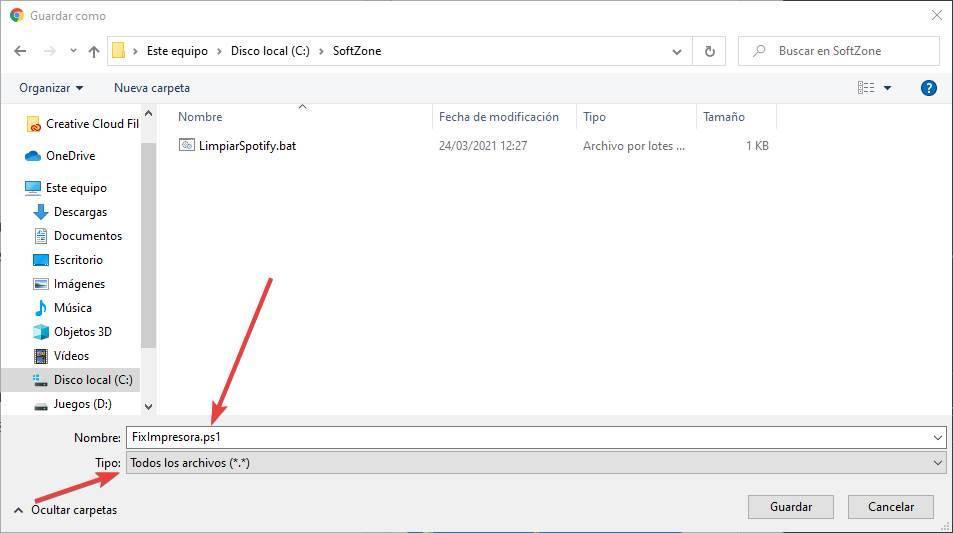 Clever. We already have the script saved on the PC. Now, if we have problems due to these updates, we can run it by simply double clicking on it . The script will take care of completely removing problematic updates, thus eliminating problems (blue screens, badly printed items, etc.) in printing.

Although we probably no longer need it, we can save it in case the conflicting patches are reinstalled without permission.

Another way to troubleshoot printing

The above script is only useful if we are affected by driver problems. However, the printer can fail again for hundreds of different reasons. And before we go crazy, we can try to get hold of the troubleshooter included in Windows 10 .

This tool can be found in the Settings menu, in the Update and security section> Troubleshoot> Additional troubleshooters. 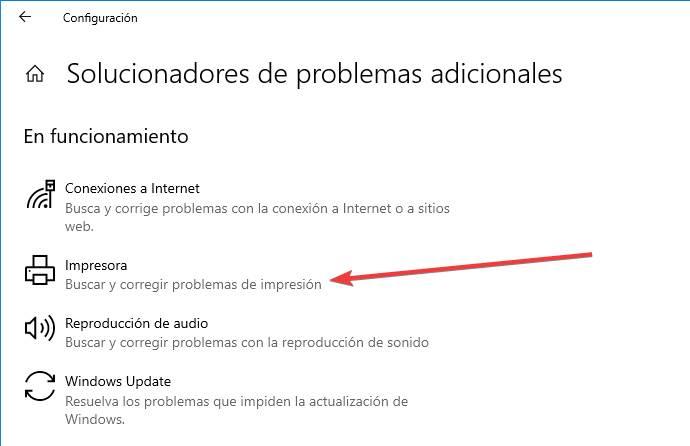 This tool will take care of testing the main printer parameters and automatically fixing the most common errors. It does not work miracles, but surely on more than one occasion it can help us save time.