Apple devices have numerous possibilities when playing videos. The problem comes when most of them only play certain formats, making some videos that we want to watch obsolete. The most common formats are AVI, MP4 or MKV. This renders videos in MOV or FLV format unusable. Given this, there are various converters that help you have it in a more manageable format. However, there is a simpler way through PlayerXtreme.

There are various applications that help us to play different video formats. However, there are very few that allow having a great variety of formats. PlayerXtreme is one of them. In addition, it shines for the enormous list of formats that it is capable of reproducing, among them are some such as divx, m4v, mpeg, ogm, wmv, mts, 3gp or dat among many more. The application itself ensures that it is capable of running “almost any video format”, which makes it earn many points compared to its competitors. 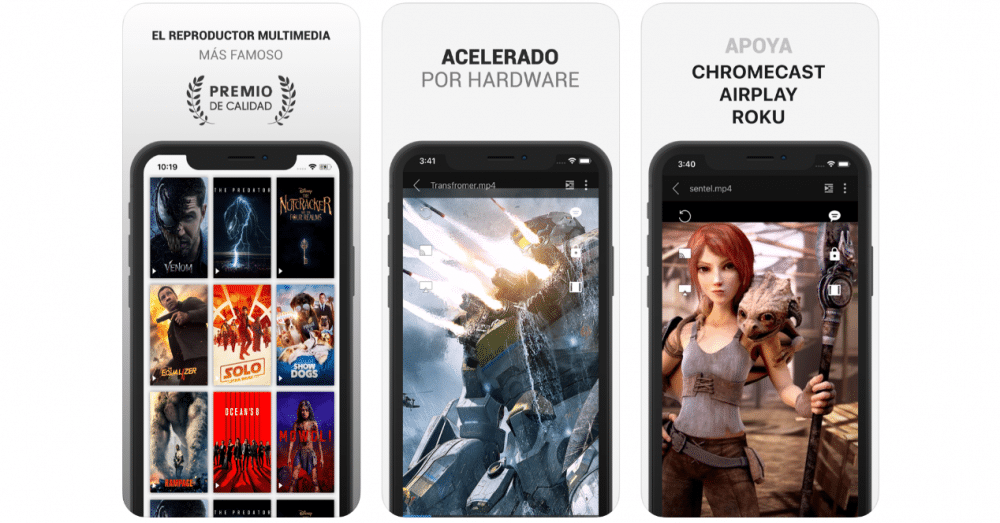 This app that has an interface similar to the Mac Finder, makes your search through your files done in an organized and clean way. It has different ways of adding files. You can do it from the browser, via USB cable, from the PC itself or even from a URL or video platforms such as YouTube or Vimeo among many others. In addition, PlayerXtreme automatically recognizes the devices that you have linked to your iPhone, making the search among your Apple ecosystem easier. It also has the possibility of connecting your files on the network through SMB, UPNP, WebDAV, FTP, SFTP, FTPS or Wifi support. 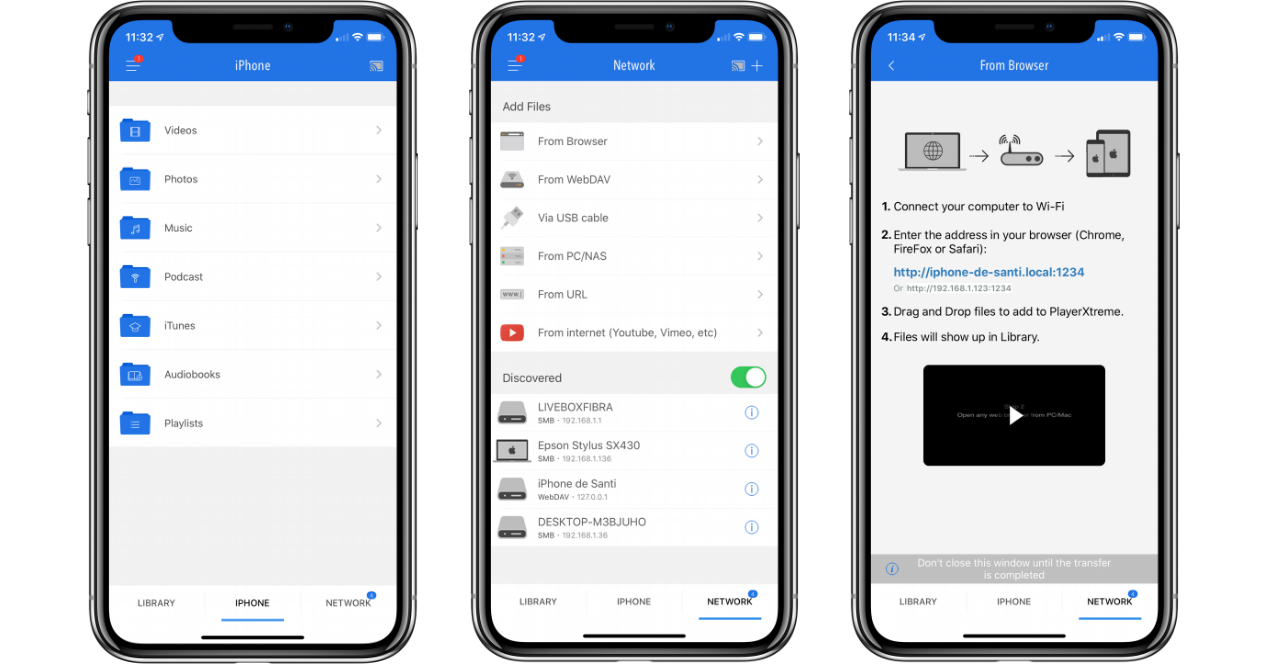 The video controls, as has been common in mobile players, are fully integrated into the screen, which gives comfort to viewing the content itself.

PlayerXtreme can automatically play attachments that arrive in your email. In addition, it supports video up to 1080p and multiple audio tracks, being able to increase the volume up to three times above the original sound to be able to watch movies without headphones. Likewise, it supports SRT, SSA / ASS and SMI formats among many other types of subtitles. As if that were not enough, this app is also available in the AppleTV App Store, which will make you enjoy your movies on television as if you were in the cinema itself. 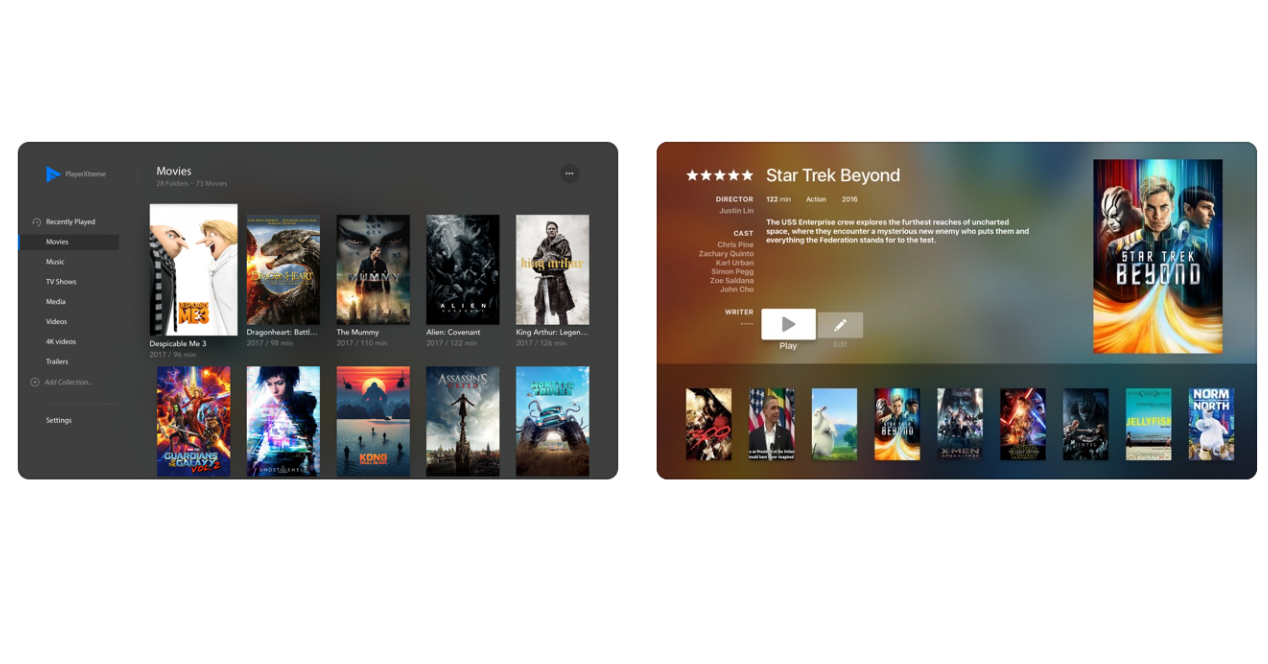 In addition, it has a premium subscription of € 2.99 per month, which can be canceled when desired. This subscription will allow the user to obtain more functions than the player itself includes.

If we talk about the security that this application grants to your files, we check that it establishes an access password to your library in order to restrict access to your folders. This is compatible with access to guests that you will control so that only those you want have access to your files. On the other hand, there is the option of hiding folders for your guest users, so you will not only give them access to who you want but you will also give it to what you want.

And not only that, but also, it is able to read and open almost any type of multimedia file (as shown in the image above) including podcasts from the photos themselves, through the playlists you have made within the Music application, which also makes this application a marvel in the multimedia field.

In general, we are faced with an application that not only complies and performs wonderfully in the video section but also, it is a great multimedia player. This together with its versatility in the different Apple devices, makes it take our approval.