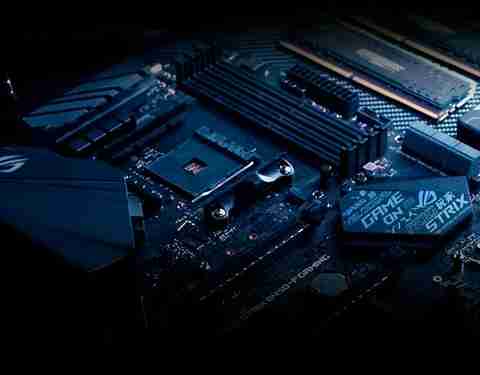 As often happens in this world or sector, the terms, components or ways of addressing certain software or hardware change, also constantly. Sometimes they are called erroneously because the term has been extended, other times it is not totally correct and the latter, although substitutes, do not finish gaining strength. In any case, we sure know what a chipset is, but what is the PCH that both AMD and Intel name? Is it really useful? Which functions has?

Curiously, this is one of those terms of a new invoice that somehow substitutes another with a tour, which also has a turbulent history. 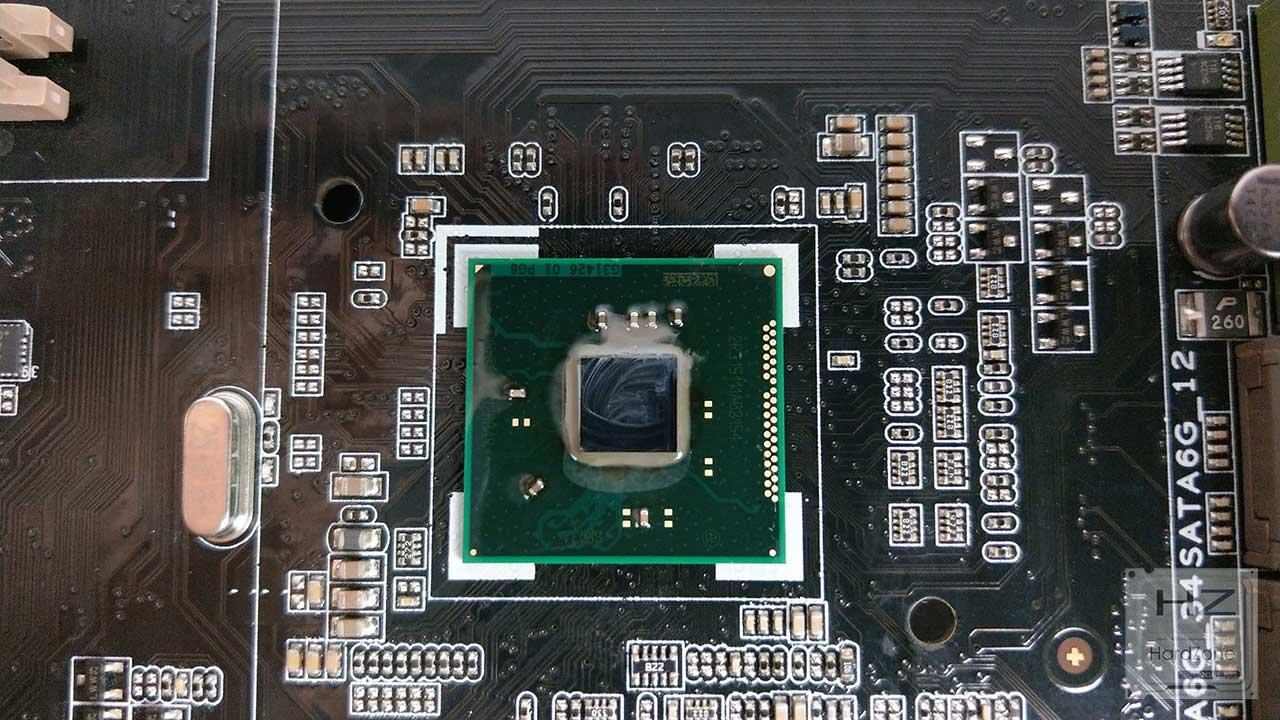 PCH as such is the acronym for Platform Controller Hub and was introduced as such by Intel in 2009 when it realized that a new chip concept for motherboards and their CPUs was needed for years to come.

For this reason, and after years of work, it launched PCH as a natural substitute for the South Bridge, also called Chipset because the latter acquired the relevant functions. The North Bridge was also left behind to include its functions within the processor, leaving a simpler motherboard architecture and also lowering overall costs.

But unlike these two bridges, PCH and CPU, the tasks and characteristics were shared. For example, the PCH still has the System Clock , the old FSB, now includes the DMI and the FDI , in addition to the MEI that is so important to Intel.

On the other hand, the PCH does not acquire main functions of the system as its predecessor would in the past. The IMC was included in the CPU as well as the PCIe lanes and their controller, I / O registers, and the System Agent . Ultimately, what Intel did is the path that AMD took shortly after: to unify and distribute tasks closer and closer to the CPU and in a simpler way.

Different capacities due to TCP 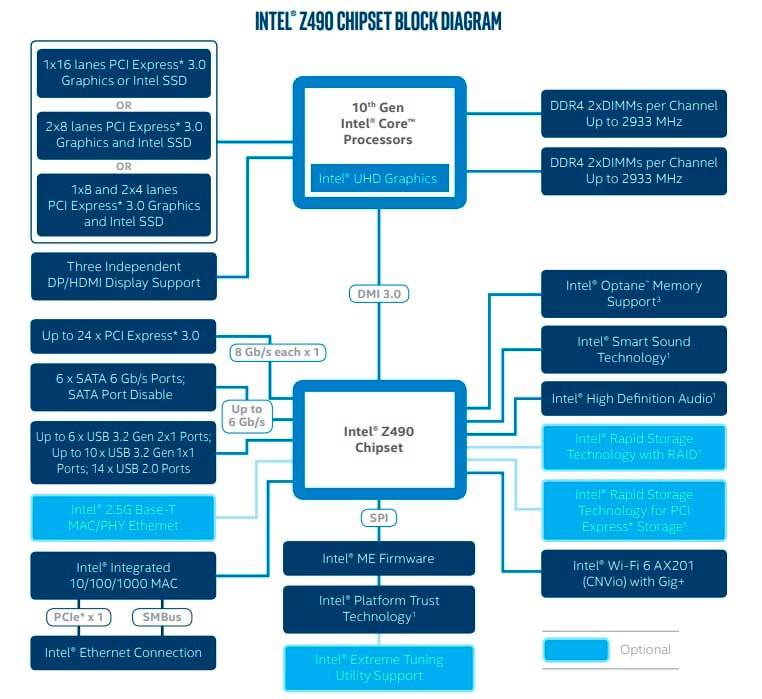 Obviously this has a double game on the table, and is that the PCH being so important both Intel and AMD can segment their range thereby launching different motherboards through manufacturers.

It goes without saying that the PCH is still commonly known as a chipset, but it must be clear that technically it is not correct, although in general terms it has a lot of weight. So when we refer to the chipset today we are really talking about the PCH and as such, Intel and AMD have their skills for different ranges of boards.

As expected, the largest of them will have all the capabilities, while as we lower the PCH model these will be reduced, losing for example the overclocking capacity, the possibility of more GPUs, faster PCIe lanes or similar.

Another capability that many do not take into account is that the number of SATAs on the board depends directly on what the PCH allows. So as AMD and Intel do not advance in this term as a general rule we find at most and except WorkStation 6 SATA 6 Gb / s versions, which are gradually being replaced by NVMe M.2.

The acquisition of the PCH in terms of South Bridge functions also includes new and old USBs, as it generally integrates versions from 2.0 to 3.2. These are limited depending on the PCH that the motherboard has in number, where the higher-end ones allow more USBs as a general rule. 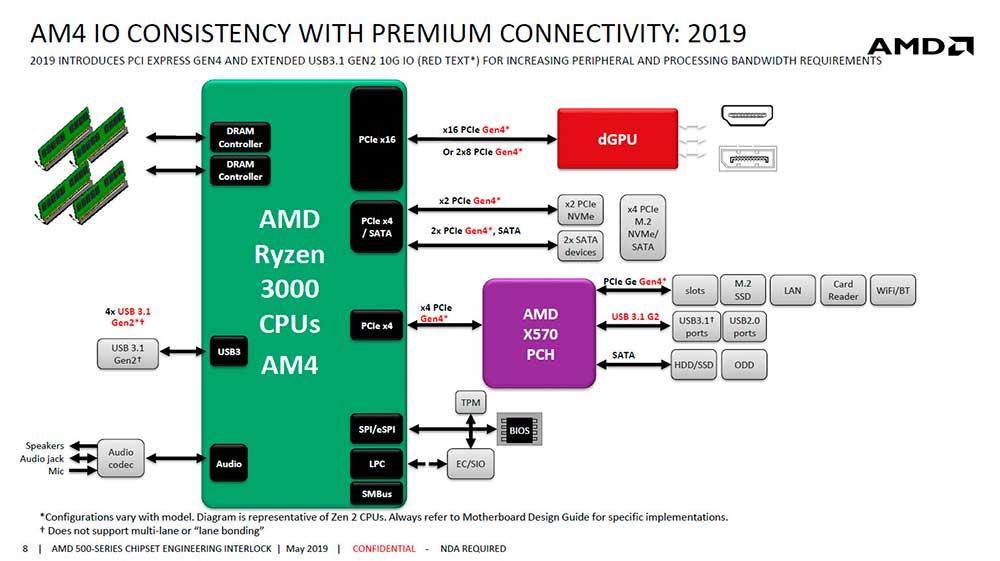 As was logical and over the years the PCH have been acquiring more and more functions that on the other hand leave secondary chips in the background and in many cases have ended up disappearing. But also, if Intel or AMD want to include some first-level technology as a novelty, they have to go through PCH yes or yes, either by giving it support through firmware or directly providing it with that capacity in future improved versions.

For example, Intel’s support for Optane goes directly through PCH and it is a cutting-edge technology that, although not very widespread, is really interesting. As if that were not enough, all the Audio technologies that are not personalized are also included in the PCH, having in the case of Intel its High Definition Audio that also gives life to the HDMI of its iGPUs.

The custom audios of the plates go apart, since they have on-board DACs , capacitors and isolations that have nothing to do with said PCH. This is something that was also done with Wi-Fi cards, but for some time Intel has included it within this component, so as they are also first-rate technologies, manufacturers no longer include gaming or custom solutions and adapt to the requirements of the Intel PCH and also AMD.

Lastly, everything related to security except external clients with specific chips is also covered by PCHs, making it easily upgradeable with a motherboard firmware update. The power management of the CPU and the board in general is intended for this component, so it can also be updated to improve or correct errors, as well as with drivers for Windows.

So seeing the importance of the PCH both in Intel and AMD, it was to be expected that the greatest of the novelties in these is the link with the CPU. In the case of Intel it is called DMI and in the case of AMD Infinity Fabric , where the improvements that are instilled in them completely change each scenario.

Keep in mind that the vast majority of the features that we have named above have a common denominator to connect them, and it is nothing more than the PCIe through its lines. Therefore, with each new version of the same one tries to assign the largest number of them as well as the highest available speed of the bus, which complicates its creation and design for obvious reasons, since its speed and architecture is not even close the same as a CPU can have, but it is just as necessary.