Paint is, next to the notepad, one of the oldest Windows applications. This program has been with us since Windows 1.0, and surely more than one of us have spent hours painting on it. It is neither a good drawing program nor an editing software. Rather, its tools are basic and rudimentary. However, it is part of Windows history and users have a special fondness for this program. Program that, by the way, has been on the verge of disappearing.

Microsoft is doing a pretty big cleanup on Windows 10. Many of the everyday programs are being migrated to the UWP format for distribution and updates through the Windows Store, while the less used ones are disappearing. Paint, for example, was included in this second category. Microsoft raised the idea of discontinuing this drawing program and removing it from Windows 10. But users came to the rescue. Under the slogan ” We Still ♥ MS Paint “, millions of users showed their affection for the program, which made Microsoft rethink the idea of eliminating it . And now, more than 1,350 days after the announcement, it has finally come true: Microsoft Paint is here to stay. Of course, within the Windows 10 store.

We can already find Paint in the MS Store

For 4 years, Microsoft has been silent about the future of Paint . The only thing we were sure of was that this application was included in the OS update after update, which was not a bad sign. However, today things have finally changed. And we believe that for the better.

For a few hours, we can find the official Microsoft Paint file at this link . As defined by Microsoft, this is one of Windows’ favorite programs, a simple and powerful graphics editor that we can use from quick photo editing to creating works of art. 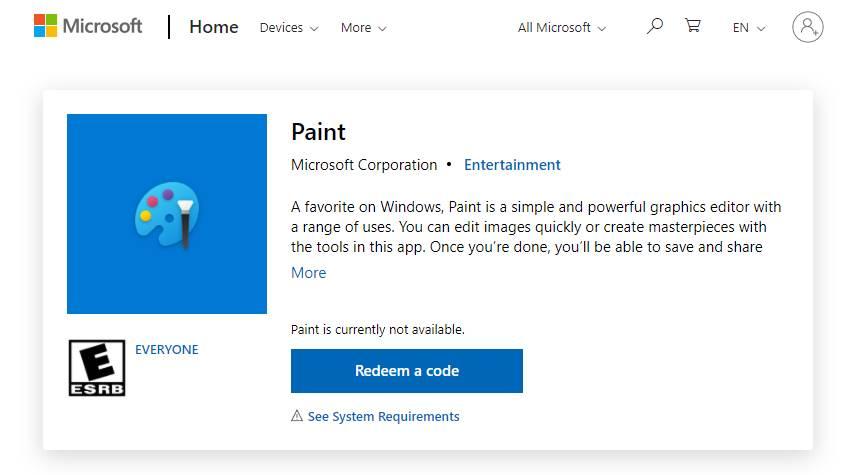 As we can see, the program also includes a new icon, an icon similar to the current one but updated according to the Sun Valley style sheet. This makes us think that it is most likely that this new app will reach all users with a view to the launch of Windows 10 21H2 , the great update of the operating system.

At the moment, the download is not available. But the token is real. And that only means one thing: Paint lives, and users have gotten away with it. But could it be the beginning of something else?

A new future for the drawing program? Could be

Microsoft has not literally written a word about Paint in the last 4 years. The drawing program could have disappeared just as it could have merged with Paint 3D. But, for once, the company listened to users., And finally the app has made the leap to the Windows Store.

As for the future of the program, it is uncertain. If Microsoft is not interested, it could leave it as such, an abandoned application, without updates or improvements. But if you look at Notepad , Microsoft seems unwilling to pass up the opportunity to improve its classic programs. For this reason, it is possible that, once in the Store and the Win32 application of this drawing program is removed, the company will update and improve some aspects of Paint.

Obviously it’s not going to turn into Photoshop overnight. It will not even reach the height of Paint 3D, since we have the other program for that. But we could get to see some interesting features, such as the expected support for layers that would greatly improve editing with this software. It is unlikely, but dreaming is free. 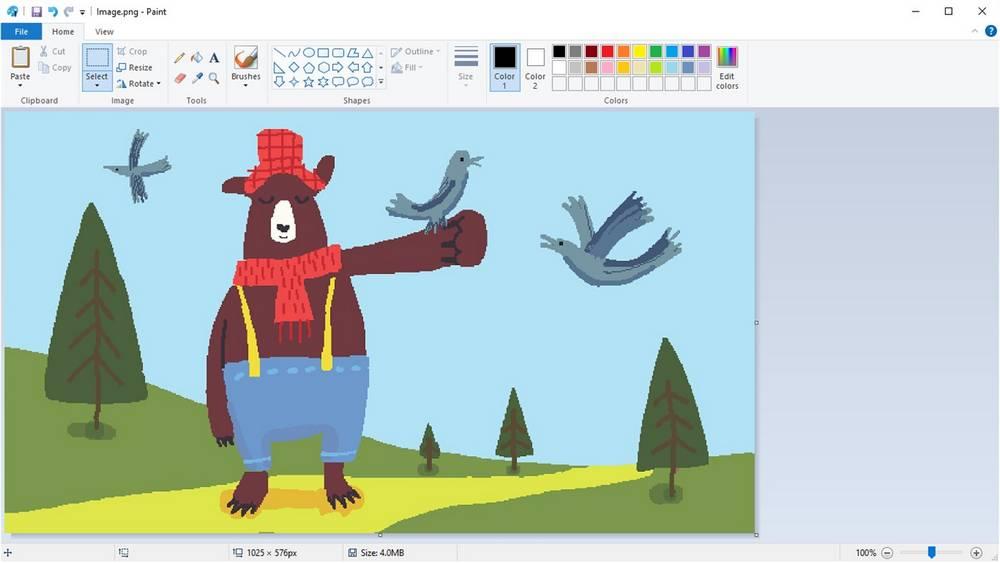