When we spend hundreds of euros on a new phone, we expect many things from it that may or may not be fulfilled, but at least we must demand that it work well, especially if it is equipped with one of the best processors on the market. Unfortunately, the experience that users are having with the OnePlus 9 Pro is far from… calm.

The top of the range of the brand launched last year has been plagued by software updates that, while fixing something, generated new bugs and errors . Most of these issues are related to performance, user interface appearance, and getting too hot when using the phone, without demanding too much from it.

Right after the first update, which was based on Android 11, users started complaining about the phone getting very hot and apps closing by themselves, as well as taking longer to open. Each new patch that the brand released did not completely correct the problem and with the arrival of Android 12 things have not gotten better .

At the beginning of March, a patch was released to fix, not all of them, but some of the main mobile problems that, among other things, fixed communication stability, eliminated the bug that prevented the operator name from being displayed correctly, and improved stability. of the system and the fluidity when taking photos was enhanced. 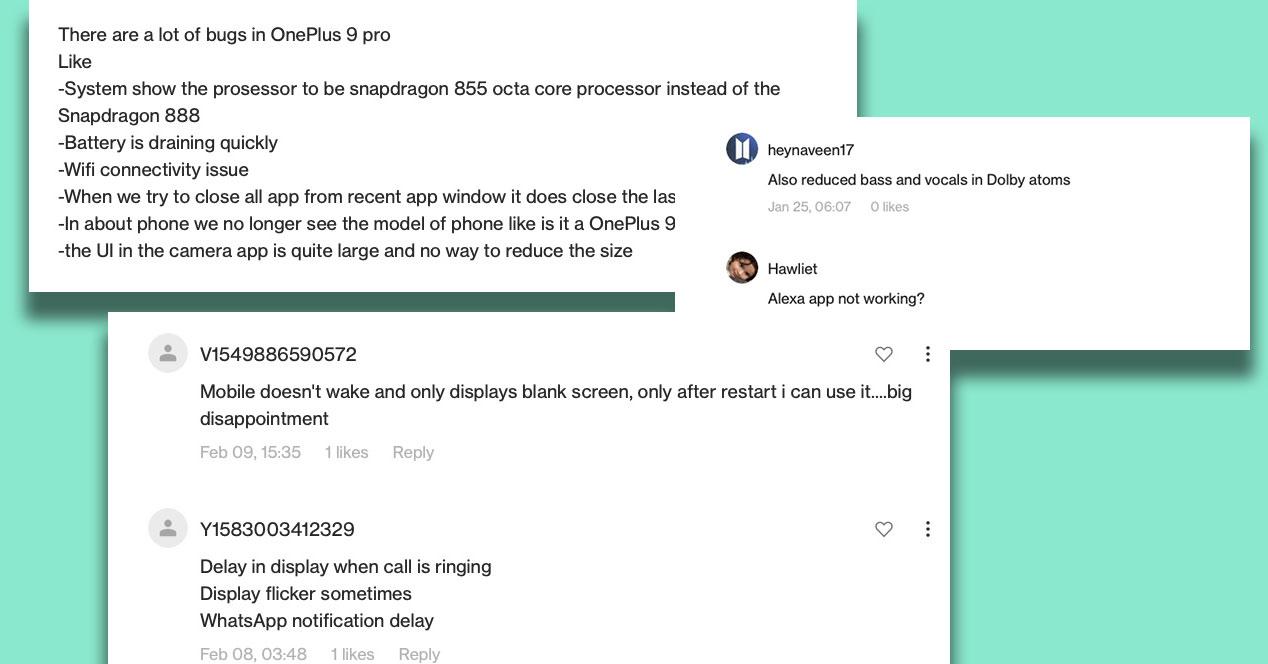 The latest OnePlus update for this mobile has been in charge of implementing the May 2022 security patch for OnePlus 9 and 9 Pro users, but the last major update with bug fixes dates back to March, when Android 12 began to arrive at the device of the brand. The bad thing is that this system has also fallen more problems. This is how the users themselves detail it in the brand’s own forum:

Beyond this, and always according to users, sometimes the phone seems unable to even keep two basic applications such as Chrome and Maps open in the background for more than a few minutes. The aggressive battery saving algorithm seems to be working even when you disable it itself, and some apps seem to crash without warning. Also, software features like auto-brightness, RAM expansion, and video enhancement engine don’t seem to work most of the time.

We hope that the brand with the key and that before the arrival of Android 13 many of these problems that are weighing down the user experience with a very good terminal such as the OnePlus 9 Pro will be solved.