The presentation of the NVIDIA RTX 3000 with its RTX 3090 at the helm is bringing different buzz beyond what is presented by the cards themselves. Performance aside, many will have noticed that NVIDIA has dispensed with something that was highly praised in the previous generation Turing: Virtual Link . Why has the brand decided not to use this port for Virtual Reality?

The history of Virtual Link was as exciting as it was brief. And it is that NVIDIA has done the logical thing by not including this new port in its GPUs for very different reasons and that we will explain below. The movement was initially classified as a fuss in relation to the null support for Virtual Reality and the entire sector, but nothing could be further from reality, everything has an explanation. Virtual Link, a consortium in decline with almost no support

To understand NVIDIA’s decision, you have to look around, at the market, at the support of the companies that develop for Virtual Reality and especially at its consortium. As we explained well in the exclusive Virtual Link article, the founders were precisely NVIDIA, AMD, Oculus, Valve and Microsoft (no less), so everything seemed like it would go from strength to strength for the number of partners to expand and with it a standard for all Virtual Reality glasses on the market was achieved through the USB-C connector.

So if everything looked so good, what happened? Well, as often happens if something is not supported and supported and everyone looks to the side, in the end a good idea is practically nothing.

Not even these giants of the video game, hardware and software industry have managed to bring together all the HMD manufacturers. In fact, hardly any model released since Virtual Link’s kickoff so far has incorporated it, while NVIDIA has done so on its Turing GPUs and AMD was expected to do so with RDNA2.

Valve was the first to get off the car, the rest have followed 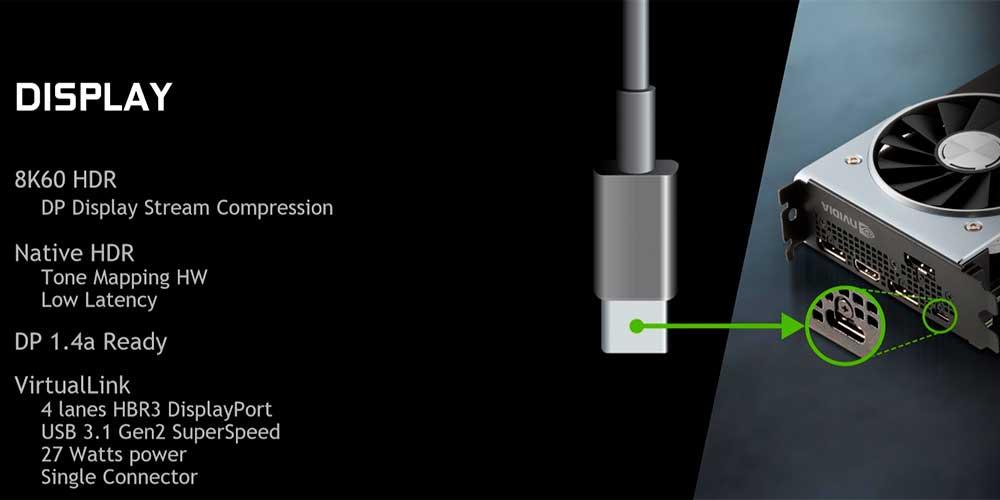 With Index Valve he showed that such implementation is not so easy, where it also required licensing and certification in addition to some requirements that he could not handle. And it is that Virtual Link via USB-C needed 27 watts of power and 4 HBR3 DisplayPort lines to offer support for up to 8K60 HDR with a total bandwidth of 32.4 Gbps .

For NVIDIA and AMD it is more or less easy to implement such features in their GPUs, but for the rest of the market it is expensive and requires a lot of R&D, which is why support has not continued.

As if this were not enough, we must take into account the consumption of the Ampere GPUs, with up to 350 watts in the RTX 3090, which if Virtual Link included and maintained features would have been 377 watts, a total figure difficult for NVIDIA to digest. 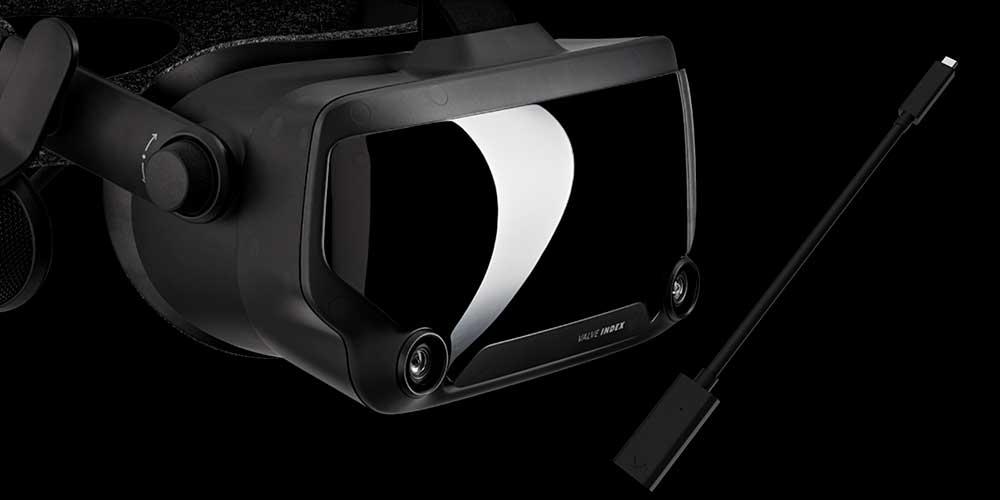 Same case with the RTX 3080 and RTX 3070, where it also seems that AMD could not support this standard with RDNA2 finally and focus on improving the efficiency of all its GPUs. To this must be added the almost null support of the AIBs in their custom models. We barely saw Virtual Link graphics cards within the RTX 2000 series beyond the Founders Edition models, which was another blow that none of the participants knew how to fit.

The standard is dead, the consortium’s website has been closed and it is more than likely that this remains an anecdote of how certain manufacturers and developers in the industry tried to create a single port for Virtual Reality and failed.