If you’re a video game fan or interested in display technology , you’ve probably heard the terms NTSC and PAL , but do you know exactly what they mean, how they differ, and how relevant are they today? In this article we are going to tell you what each of them is, as well as the practical implications of these standards today.

Surely these two terms sound familiar to you on the televisions and game consoles of yesteryear, where many times even the latter included a kind of adapter that had to be connected to the TV to be able to choose whether we wanted the signal to be of one type or another. However, it goes much further and then we are going to tell you all about it including its impact on the modern world. 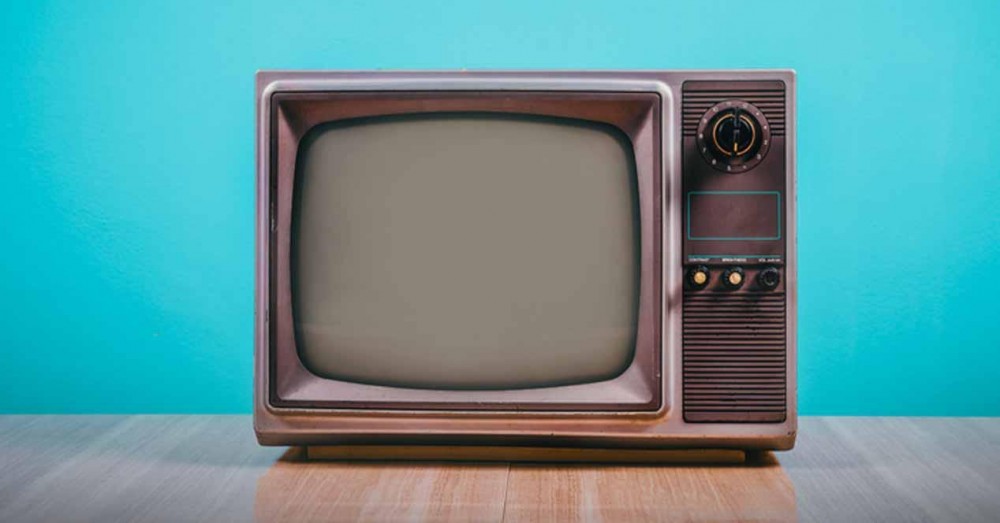 Definition of NTSC and PAL

Both NTSC and PAL are color coding systems for analog displays, used primarily in the days before digital broadcasting became the standard. NTSC stands for “National Television Standards Committee, while PAL stands for Phase Alternating Line.”

Before displays largely switched to digital broadcasting, either NTSC or PAL was used depending on your location in the world. NTSC was used in North America, Japan, South Korea, and several countries on the west side of South America, while PAL was used almost everywhere else in the world, especially Europe and Oceania. 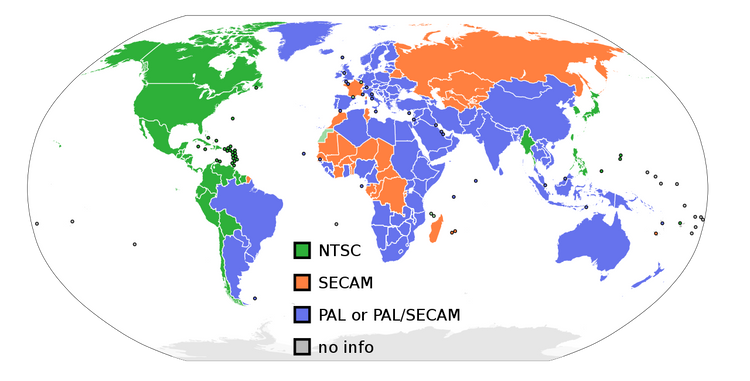 There is a third standard called SECAM, an abbreviation from French for “sequential color with memory.” SECAM was used primarily in France, the Soviet Union (and post-Soviet states), and some African countries; it is similar to PAL, but processes color differently.

To understand the NTSC and PAL standards, you must first have a rough understanding of how analog CRT displays, also known as “cathode ray” or simply “tube” displays, worked.

The first screens were CRT, which flashed very quickly to produce images on the screen. A low refresh rate (the speed at which images are updated on the screen) caused that characteristic flicker, which was distracting and even generated symptoms of discomfort in many people, so they were obviously not ideal. 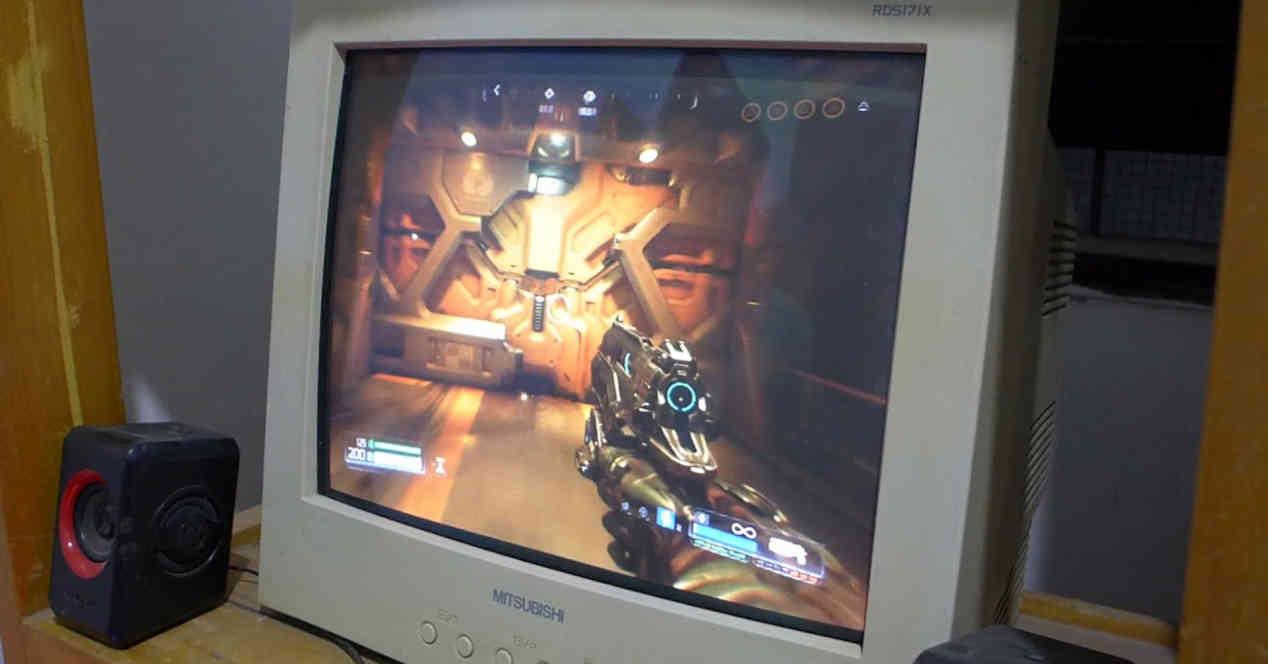 Since the bandwidth was very limited at the time, it was not feasible to output TV signals at a high enough refresh rate to avoid those flickering problems while still maintaining the image at a high enough resolution. to be visible. As a workaround, TV signals used a technique called interlacing to effectively double the frame rate per second without using additional bandwidth.

Interlacing is the act of dividing the video into two separate “fields” and displaying them one after the other. All the even lines in the video are displayed in one field, while the odd lines are in the second. The video is changing between odd and even lines so fast that the human eye does not realize you can have a good viewing experience.

Interlaced scanning is in contrast to progressive scanning, where each line in a video is drawn in a normal sequence. This results in higher quality video (it is what is used today), but was not feasible in the past again due to bandwidth limitations.

Now that you are familiar with the interlacing process, let’s take a look at how the NTSC and PAL standards handle this process differently. We have explained frame rates and refresh rates before on this website, so we recommend that you review those articles if you are not familiar with it.

The history of NTSC

In the United States, the FCC established the National Television System Committee in 2940 to standardize TV broadcasting, as manufacturers at the time were not consistent about it. The NTSC standard came into effect in 1941, but it wasn’t until 1953 that it was revised for color broadcasting. Importantly, NTSC continued to support black and white displays since then as color data was easy to filter on older grayscale displays. The committee chose to use 525 scan lines (480 of them visible) divided into two interlaced fields of 262.5 lines each.

Meanwhile, the NTSC refresh rate was initially 60 Hz, as that is what electrical current runs at in the US, as choosing a refresh rate that was not synchronized with the power grid would have produced interference. So, due to interlacing, NTSC actually has an effective frame rate of 30 FPS… or almost. 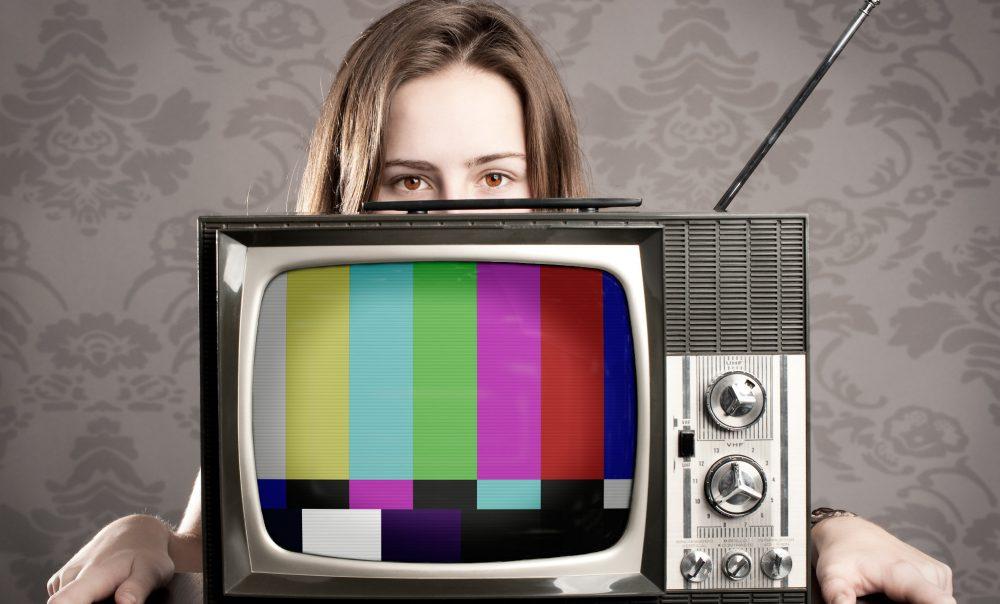 However, when the color video signal was introduced the standard refresh rate was reduced by 0.1% to accommodate the differences with the added color information. So technically NTSC Color runs at a 59.94 Hz refresh rate and 29.97 FPS.

PAL emerged when European countries were ready to introduce color video transmission. However, they did not like the NTSC standard due to some of its weaknesses, such as changing colors in bad weather. These European countries waited for technology to improve and, in 1963, West German engineers introduced the PAL format to the European Broadcasting Union. It was first used for color broadcasts in the UK in 1967, and its name refers to the way in which some of the color information is inverted on each line, averaging the color errors that could have occurred during a transmission. 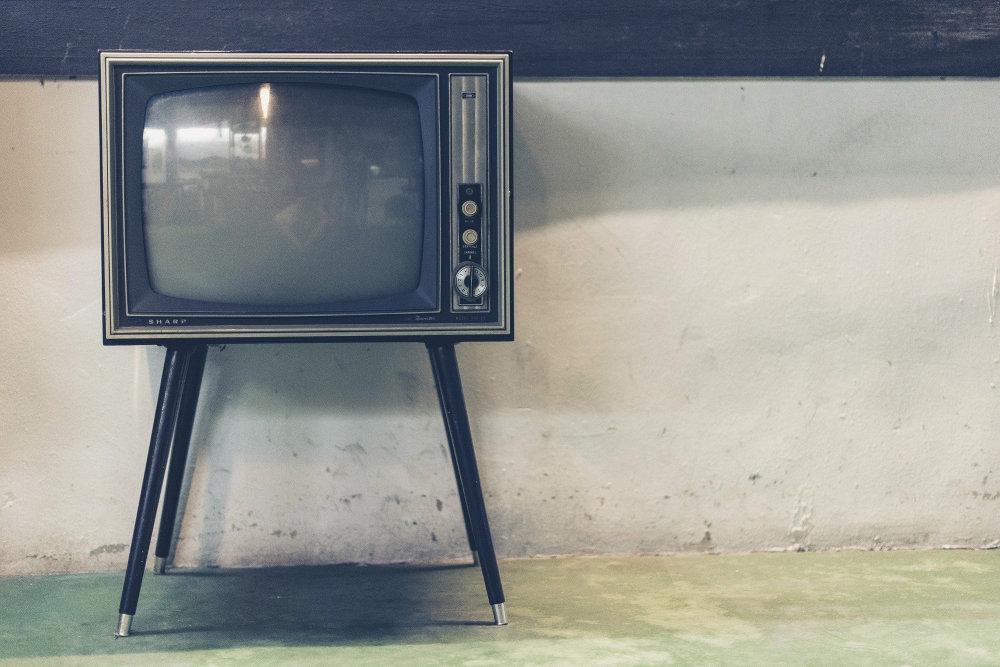 PAL runs at a higher resolution than NTSC; includes 625 interlaced lines of which 576 are visible. Also, in most regions where PAL is implemented, the power grid runs at 50 Hz, so PAL displays run at 25 FPS due to interlacing.

NTSC and PAL in the gaming world

Despite the fact that they are no longer used for television transmission (which does not have much to do with this website but it was necessary to tell you about it for what comes next), the NTSC and PAL standards are still relevant in some spheres today, and one of them is video games, especially those known as “retro”. 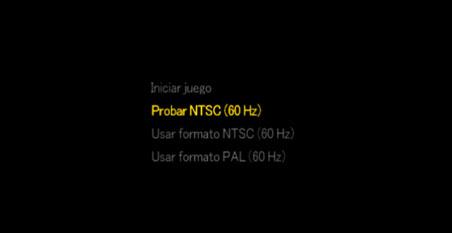 Since older game consoles used analog video output, we had to pair them with a TV or display from the same region for it to work properly. For example, if you have a Super Nintendo compares in Spain (PAL), it does not work on an analog TV in the US (NTSC) due to the difference in encoding, as we have commented before, and it would be necessary to acquire a signal converter between the two or an analog-to-digital converter to connect to an HDMI TV.

In the days of analog consoles, some games worked differently on consoles in PAL regions than they did in NTSC countries. To avoid issues with frame rate-based syncing, developers often purposely slowed down games to compensate for the lower frame rate per second in PAL regions. That was especially noticeable in fast-paced games, like SEGA’s Sonic series, and this slowdown is why video game speedrunners prefer to play in NTFS mode than PAL.

NTSC and PAL are still used colloquially today to refer to the differences in refresh rate between regions. For example, someone might tell you that they cannot play an “NTSC disc” in their “PAL player”, even though it is technically incorrect since NTSC and PAL are strictly analog color coding standards, as we explained at the beginning.

However, due to the regional (unrelated) restrictions on media such as DVD and video games that still exist, these terms are an easy way to refer to media from different countries. Fortunately, most of the current video game consoles no longer have a defined region (except in some cases, Japan) which means that you can, for example, buy a Japanese game and run it on an American console.