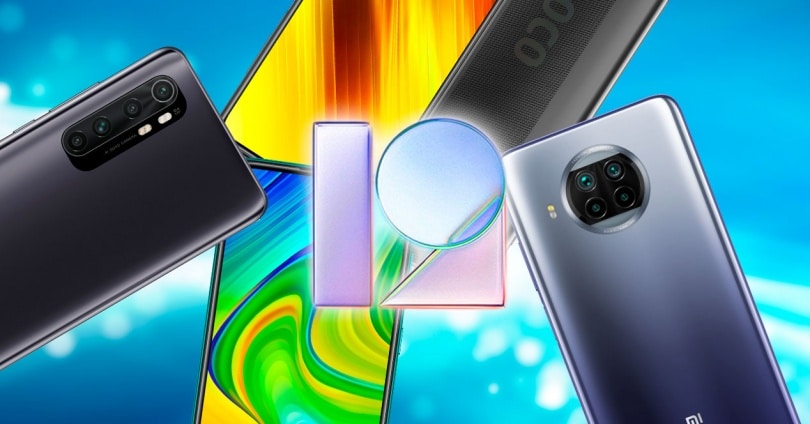 Since MIUI 12.5 was revealed and its improvements dedicated mainly to correcting the many bugs that affect MIUI 12 in Xiaomi phones were announced, few have been the smartphones announced to receive the update soon. However, the pace of updates is going to accelerate significantly after having known all the terminals that are beginning to be part of this renewed system on the Asian continent.

On other occasions we have already been able to know the next Xiaomi to be updated by this same method and in this option with the arrival of MIUI 12.5 the same thing happens. We will not be able to give an exact date but we will know the terminals that after its test journey in China, will reach Spain, Europe and the rest of the world through the global version of the ROM.

Xiaomi phones that are preparing for MIUI 12.5

The list revealed by @Xiaomiui allows us to see a wide list of mobiles that appear in their different versions, both those sold in China, India and of course in Spain. Among them we will not find all the terminals that have already come out of the beta version in China, such as the Xiaomi Mi 11, Mi 10, Mi 10 Pro, Mi 10T and Xiaomi Mi 10T Pro, which will begin to update as soon as possible in Spain. Later and progressively it will be the turn of the terminals that appear on the list, which means that Xiaomi has already started the MIUI 12.5 tests internally in them. But the list not only shows Xiaomi or Redmi terminals, but also lets us see in a relevant way Poco terminals that have been well received in our market. The following list of mobiles to update does not show an order of arrival, although those that are present in Spain are:

What changes will the update offer?

Among all the changes that were announced for all Xiaomi terminals without any difference between being a high-end or a mid-range, we find the optimization of the system. The most important thing is that it will be focused on correcting the problems of MIUI 12 and Android 11 , where many smartphones have encountered fake ones that spoil the user experience, but it will also do the same in the performance of the system. An improvement in battery consumption will be achieved and animations, designs will be renewed, problems with the gestures of the MIUI system will be solved and there will also be changes in the own apps that MIUI 12 offered us. Despite all these changes, Xiaomi tends to gradually add other new features, so we can see still other surprises.