It is increasingly common to see state- of-the-art weapons among the armies of different countries around the world. The next weapon the United States plans to deploy to its ranks is a laser system that would be placed in air defense vehicles. It is called M-SHORAD and its objective is to eliminate any type of aerial threat such as artillery shells or drones.

The idea is that it begins to be used next year , although at the moment it is not officially confirmed.

A system that eliminates any air threat

It is a weapon that in addition to annihilating drones can also target and destroy artillery ammunition , a weapon that has been widely used in modern wars for many years.

It is planned that at some point in 2022 four lasers will be installed in armored vehicles to eliminate possible aerial threats. The system has already been tested in Texas and would be mounted on the Stryker armored ground vehicle.

The experiments that were carried out demonstrated that the design characteristics and the performance criteria established for the program are adequate. 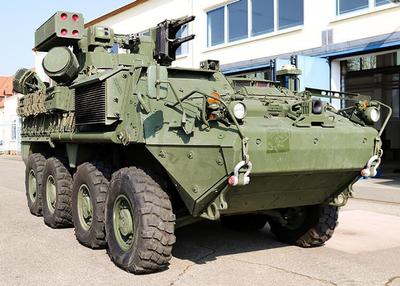 It works as follows: the mechanism fires a 50 kilowatt laser at a drone that heats up the surface of the small aircraft. This causes it to suffer aerodynamic problems , turn off its engine, blind the drone sensors or even blow it up directly.

It is very important to defend yourself against these unmanned aerial systems that are increasingly common on the battlefield. There are many types of drones and some are very agile and fast, which makes them difficult to reach. Also, they are evolving very fast.

The latest generation weapons are a reality

However, it will also be possible in the future to use this laser system from the sky. The United States Army has ensured that DE M-SHORAD will be able to intercept ammunition in mid-flight.

Right now there are a total of four devices ready to go live and use, but if it turns out to be a success, more will begin to be mass produced. 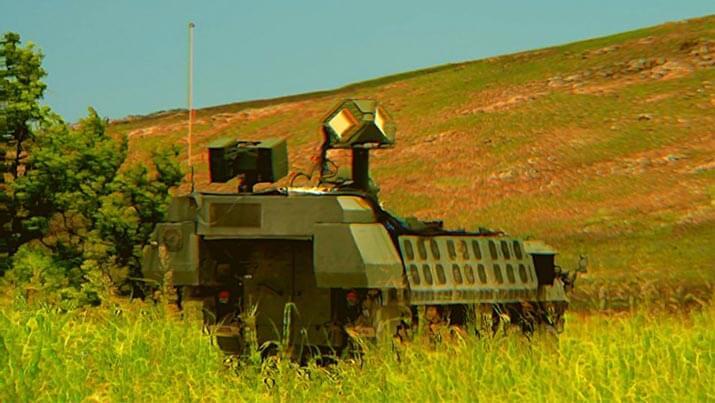 Right now there is no such weapon and the American army needs it to defend itself against drones and enemy artillery, so we are not far from verifying its operation in a real situation.

This type of powerful, efficient and destructive weaponry is already a reality. It is not only the creation of this type of laser weapons, but also others that have already been made or are currently in development such as nuclear weapons or hypersonic missiles.