Generally, airplanes have to run their engines to move across the runway. This is very fuel-consuming and also generates many carbon emissions that are harmful to the environment. But a new electric ground towing system offers an alternative that would be far more efficient and beneficial.

This new technology is called ATS and is being developed in the United States.

An automated system with a lot of potential

The system incorporates long trench-shaped channels that are installed along the existing runways . Then they are covered with two steel plates, one on each side.

Within each canal there is a motorized monorail device that runs along the sides of the canal. Through the slot between the plates, the upper part of the tow truck joins another apparatus called a tow truck, which is on the surface of the track.

When the plane has landed or is ready for takeoff, the unit moves towards the front wheels of the plane. The pilot then starts the engines just long enough to move the wheels to the dolly. 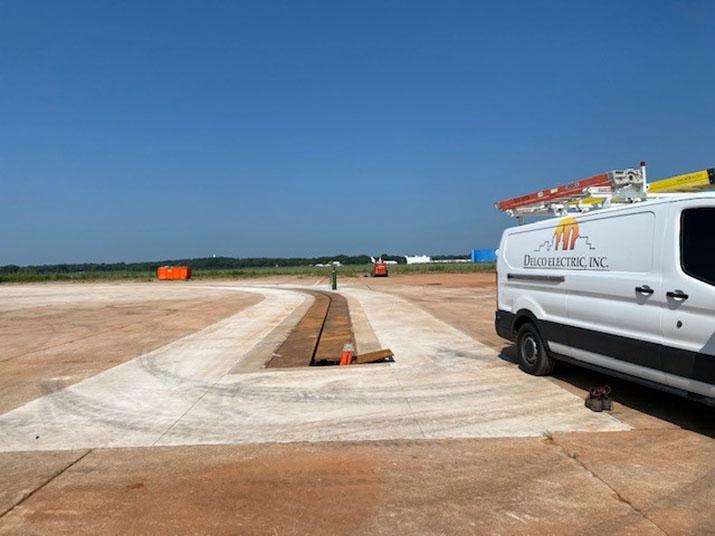 The chocks on the dolly are then raised to hold the wheel in place, and the hauler is activated to push or pull the ship along the track as needed.

When the plane has reached where it belongs, the engines are turned on again to move the wheels of the dolly. In case of cold situations, the channels will have heating systems to avoid the accumulation of ice or snow.

The entire system is automatic, so the drivers do not need to do any driving work while on the track. Still, the system can be stopped manually if necessary.

The team believes that this system also reduces the chances of collisions between planes and could even increase their performance by up to 30%.

The problem with the ATS system is that it is very expensive (around 150 million dollars). Therefore, if airports wanted to implement this system among their facilities, they would have to find a way to get more benefits to make it profitable.

One possibility would be for airports to charge airlines an extra fee for landing , which would be equivalent to half the fuel cost that each plane would save by using the system. Airports could even sell their carbon credits to other companies.

According to the calculations, in a period of about 24 months applying these rates the investment would be recovered.