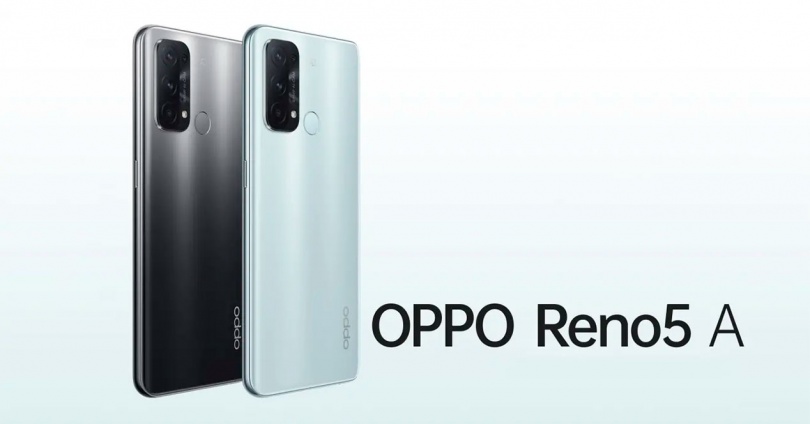 The Chinese firm OPPO is quite active in recent days. Especially when it comes to its popular Reno range. Yesterday we knew that a new generation of this range was already on the way, about to be launched. Now it is another member of the current range, the OPPO Reno5 A , which is presented.

A phone that is already the umpteenth of the current generation of the Reno, and surely the last of it, since the Reno6 are just around the corner and could be presented in just a few days.

This phone undoubtedly comes to be part of the more balanced mid-range of OPPO , and although the price has not transcended, it is to be expected that it is one of the most affordable mobile phones of the brand. The phone has been officially announced by OPPO, and stands out for having 5G connectivity. A connectivity that you get thanks to the Snapdragon 765G processor it has, which as you know is one of the most powerful in the mid-range, and the standard-bearer for 5G in this range during 2020. This processor, the X52 5G modem and the Adreno 620 GPU, are accompanied by 6GB of RAM, as well as 128GB of internal storage expandable via microSD cards. A phone that comes with a 6.5-inch screen, with Full HD + resolution , a perforated camera in its corner, and a refresh rate of 90Hz . A screen that occupies 90% of the front of the phone.

The camera of this phone is quadruple, and stands out for having a high resolution, since its main sensor is 64 megapixels . This is accompanied by an 8-megapixel ultra-wide-angle sensor, and two 2-megapixel sensors, probably depth and macro. In front of the camera for selfies has a resolution of 16 megapixels, so it is also quite decisive in this regard. The battery it has is 4000mAh , and it has a fast charge of 18W , it is not the fastest, but not the least fast either. It comes with Wifi 5, Bluetooth 5.1, mini jack for headphones, as well as NFC to be able to make mobile payments in establishments. It also has a USB Type-C connector for recharging the battery. How could it be otherwise, it comes with Android 11 under ColorOS . Therefore we are facing a mobile that although it is not going to mark us with unpublished characteristics, it can be assured that it is a very balanced phone in characteristics and that it is missing practically nothing. On the price OPPO has not revealed anything in China. But it is to be expected that due to its characteristics, translated into euros, it can move between 249 euros and 299 euros. We do not know if it will arrive in Spain.