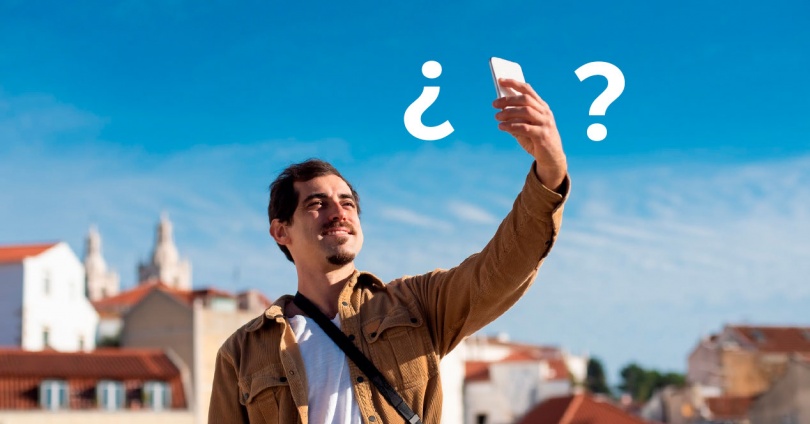 Although it may seem like something from science fiction, there are users who have found that their mobile phone takes photos only without them even having it with them. This is easily discovered by accessing the gallery of the smartphone and checking how photos that we have not taken appear in our gallery in which the date and time at which they were taken we were not even using the mobile.

This can generate some fear, but it is not always the case and on other occasions the supposed photos that the mobile takes have only been taken when we carried the mobile in our pocket or in our hand. This can cause us to accidentally take photos and later in the gallery we are surprised to find the image. Anyway, we will try to solve it whatever our situation.

The virus that accesses the mobile camera

The most worrisome reason of all would be a virus, because on several occasions we have known some type of malware that has mainly affected Android smartphones, in which after installing an unknown app or file the camera takes on a life of its own . The criminals would have accessed the mobile camera in this way and would be using it at will. But luckily the Android security patches work against it and in recent times this has stopped being something common. Anyway, if we find ourselves in this situation, we will have to take action on the matter and follow the following tips so that it does not continue to happen to us, also so that it does not happen again we must never install files from unknown sources or give permissions in case of Doubts.

Quick options that take photos without realizing it

Confusion is the main reason why we have been able to find ghost or surprise photos on our mobile, something that happens to us more frequently than we would like, for different reasons that we are going to explain and teach you how to avoid.

The double tap that turns the camera on

To try to make it easier for us to access the cameras and take the photo in a much faster way, manufacturers integrate the option of opening the camera as standard in their smartphones and in some cases even taking a snapshot with just a double click on it. unlock button. This, which can be very useful, will also be the reason why the mobile takes photos only whether it is in our hand or if it is in our pocket. To deactivate it, we only have to enter the camera, access the settings and deactivate the option so that it does not continue working and thus we will get rid of the mobile taking the photos on its own by an involuntary press.

To prevent what we have seen before from happening to us, the proximity sensor and pocket mode play a fundamental part. With this mode activated, what we will tell the screen is that it is helped by the sensor we use to not cause touches on the screen during calls with the ear, but in this option not to make involuntary touches while going in the pocket somewhere saved. What could be causing the screen to work and therefore take photos inadvertently , since it is not necessary to unlock it. However, either we do not have the option activated or the proximity sensor is not working as it should. We can do the test ourselves during a call in front of a mirror and checking if the proximity sensor works, if so, the pocket mode option is in most Android mobiles among the advanced options, where we can help ourselves from the browser to activate it.