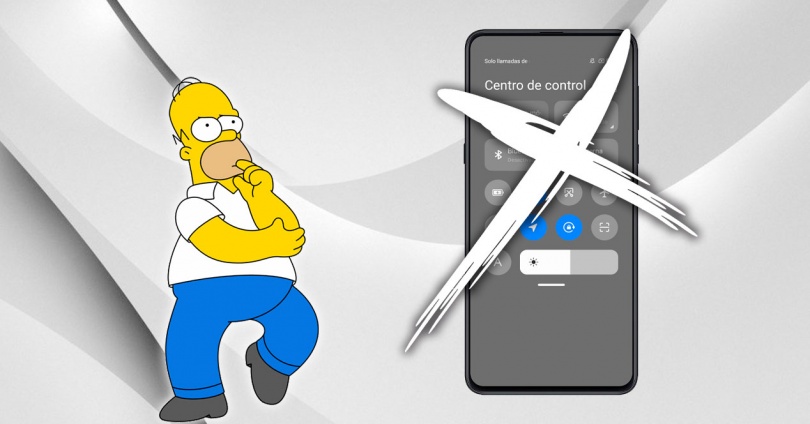 Since Xiaomi presented MIUI 12, we have not stopped encountering problems of various kinds that have affected users and that is why many will not be surprised that suddenly the control center of their mobile has disappeared . However, this error will be spreading little by little more since it is not really a fault scheduling Xiaomi.

Through the Xiaomi forums, on Reddit and also on Twitter, we came across the first complaints about the disappearance of the control center in MIUI 12, but others did not see it as a problem, since many wanted to eliminate the center. control in Xiaomi to return the classic notifications, something that however has not disappeared by magic.

Xiaomi has removed functions from MIUI 12 to fix them

Tired of so many complaints, the developers and Xiaomi team have voluntarily chosen to remove advanced options that we find in MIUI 12 and that is why many users once they have updated their smartphones, they run into the disappearance of the control center, but this does not it’s the only thing that changes. For now, this change is taking place in the Redmi Note 9, Redmi 9, Redmi 9A and Redmi 9C, but it is not ruled out that it will reach more units. As confirmed by a moderator of the official Xiaomi forum, this change has been made on purpose to try to fix and then return the options to users with the problems resolved. In the update’s own changelog, we find the following section:

“Several non-essential features will be temporarily unavailable due to the need for major fixes and optimizations.”

By these modifications they refer to removing the control center, removing application shortcuts from the recent panel, suppressing floating windows, and other changes that have not been disclosed.

Can the control center be recovered?

Although we cannot obtain it easily, the control connector is still present within Xiaomi’s internal code and to recover it we have to follow some advanced steps that we do not recommend to any user. These are done with the help of the SetEdit app that once installed allows us to search for the “use_control_panel” section.