The PowerToys were a set of tools released in the Windows 95 era in order to make it easier for users to perform certain tasks in the operating system. For years this toolkit was missing and forgotten by both Microsoft and users. However, Microsoft recently resurrected the project, made it open source and has created a set of very useful tools, of all kinds, that cannot be missing in Windows 10 for any user who wants to take their productivity to a new level.

The new Microsoft PowerToys offer us a lot of different tools. Among them we can highlight: Microsoft is constantly updating this toolkit from its repository on GitHub. And, although it is preparing the most interesting news and improvements, which will arrive in the near future, the new version 0.27 arrives as an important maintenance update full of necessary fixes.

This new version of Microsoft’s PowerToys comes with a couple of new features and a series of bugs and bugs that have been solved that will allow us to get the most out of these tools. First of all, what strikes us the most are the general changes:

In addition, a series of improvements and corrections have been applied to the main tools that make up these PowerToys:

There is a tool highly anticipated by users that will allow us to control video calls and, among other things, activate or deactivate the microphone with a click. This utility was tested a long time ago, but Microsoft felt that it was not sufficiently debugged and temporarily removed it until it was improved. The company has indicated that this new tool will definitely see the light of day with the release of version 0.28, a version that will arrive by the end of the year.

This new version of the Microsoft utilities can be downloaded for freefrom the following link .

Users who already have an older version of this set of tools and utilities installed will be able to see a notification that will indicate the availability of this new version so that they can update to it with a couple of clicks directly, without having to download anything. In addition, from its configuration panel we can search for new versions to know if we are up to date or not. 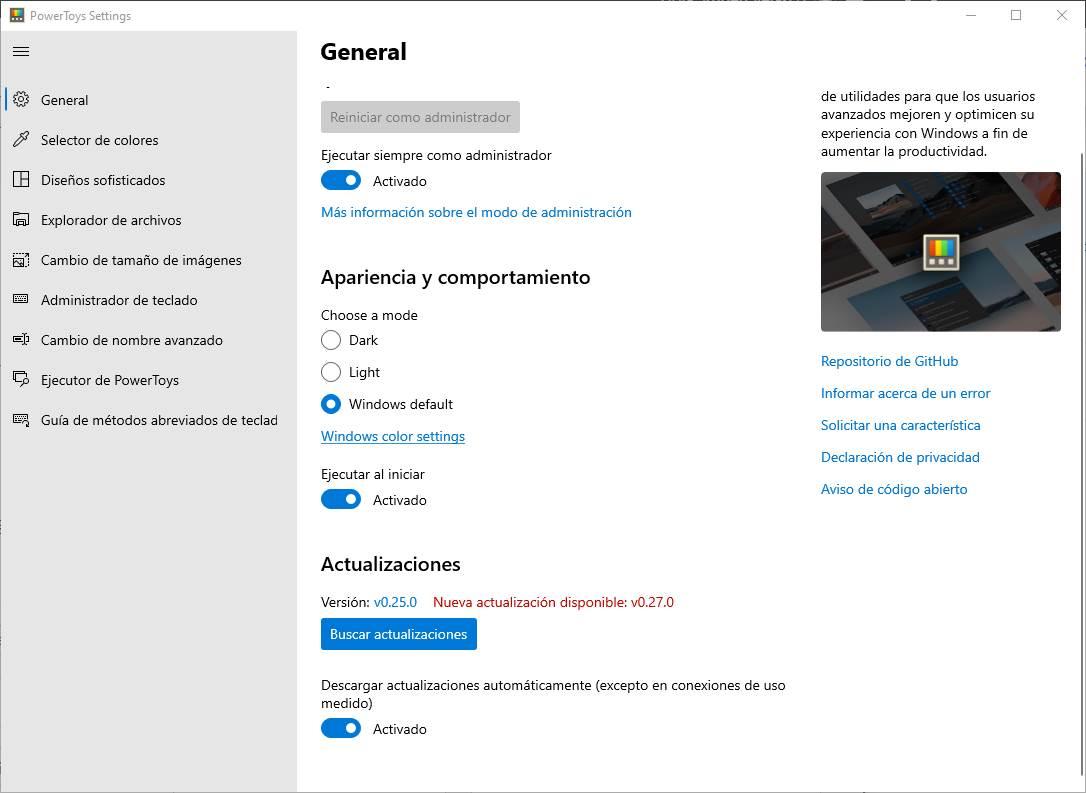 Without a doubt, a must-have set of tools for all users who want to take Windows 10 productivity to a new level.