We have already spoken to you many times in recent weeks about the upcoming arrival of Microsoft‘s new operating system. Specifically, we refer to Windows 11, software that millions of users around the world eagerly await.

How could it be otherwise, this operating system will arrive full of news, because from what has been seen, they will mainly be aesthetic. This is something the firm’s testers, that is, the insiders , have already been able to verify first-hand. In this way and we have been able to inform you about the functional and aesthetic novelties that will come to us. However, the compatibility in terms of the equipment that will be able to install it is generating some controversy. The main reason for all this that we tell you is because some of the most current processors at first will not have support for the new operating system. In fact, a few hours ago and we told that noncompliant computers can install Windows 11 forcibly. However, from what Microsoft itself tells us, these will not have updates, not even security.

As you can imagine, this is raising some controversy among many users who do not know whether or not they will be able to install the new system. All this despite having a relatively modern hardware configuration. With everything and with it those of Redmond try to help those who have doubts in several ways. Well, at this point we are going to talk about a proprietary application of the firm that may be very helpful in this regard. To begin with, we will tell you that last June Microsoft launched a new tool called PC Health Check . 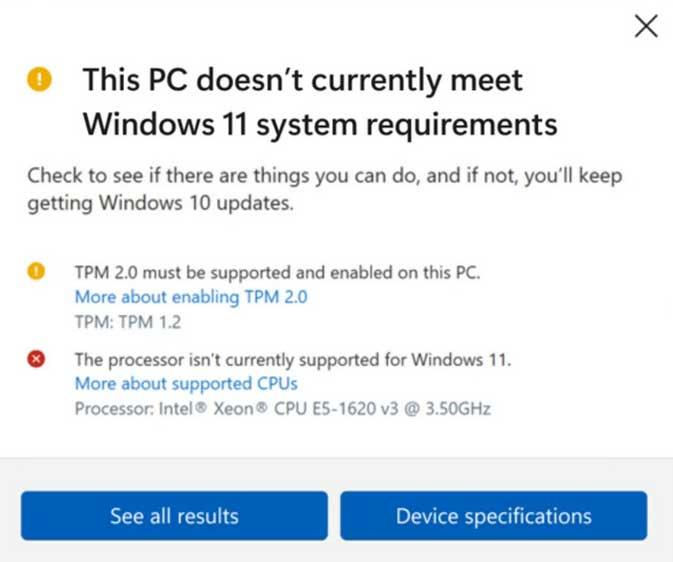 The main objective of this is to help us check if our computer is valid to receive Windows 11, or not. However, the program as such did not have the acceptance by the testers that was to be expected. Thus and based on the comments of Windows Insiders, Microsoft itself withdrew the application in question to make certain improvements to it.

How to download the new PC Health Check app

Now things seem to have changed slightly In this regard. Microsoft just released an updated preview version of PC Health Check for Insiders. It is worth knowing that this new version improves the verification function for compatibility with Windows 11 of our current computers. Here it does include a good amount of more complete and improved information about such compatibility.

The program itself also offers links to support entries that include possible solution steps in the event that our equipment is initially not compatible. Unsurprisingly, once this testing tool is thoroughly tested by insiders, it will be made available to everyone shortly. In fact, it is expected that PC Health Check can be downloaded in a conventional way in this September that is about to start.

It must be said that we can download the updated Windows PC Health Check application for free from this same link .