Microsoft continues with its peculiar on-board diary of Microsoft Flight Simulator , and this time they wanted to talk about the multiplayer possibilities offered by the highly anticipated aviation simulator that the company has been preparing for months. The wait is becoming eternal, but as you can see below, it will be worth it.

A world in which to fly accompanied 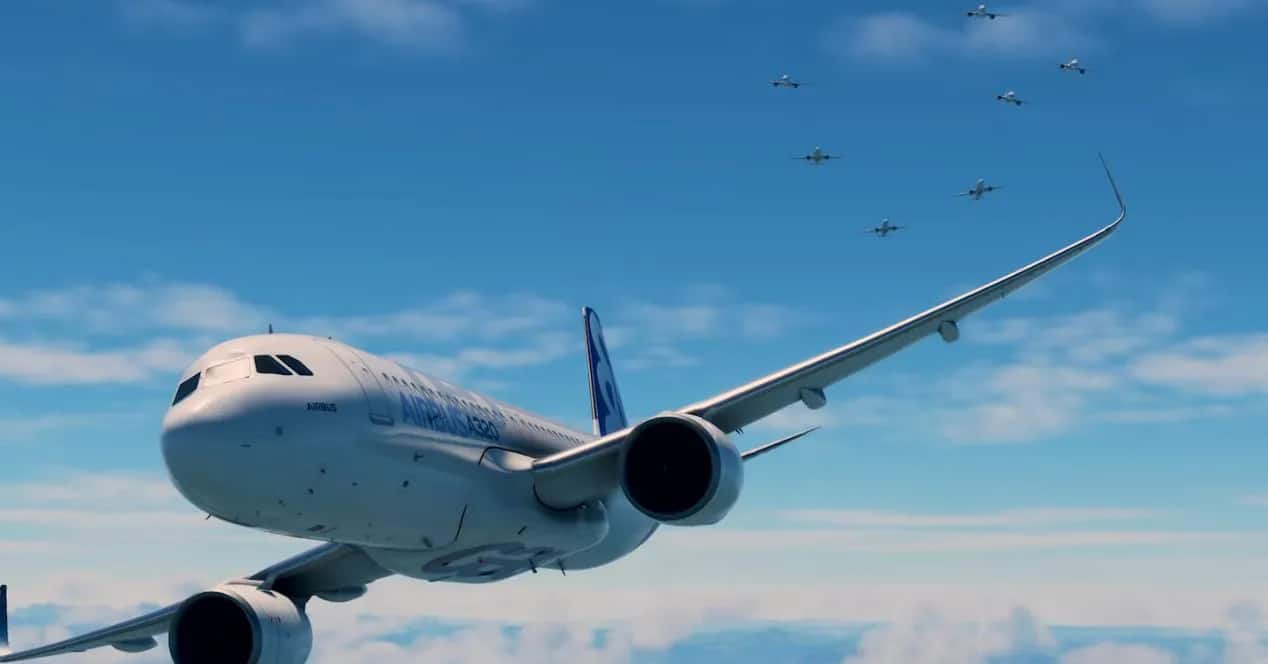 Microsoft’s idea is to offer a single world in which all the pilots on the planet fly together. And when they say all the pilots on the planet, they mean those who are playing virtually in Flight Simulator and those who are actually playing on their planes. This is possible thanks to the use of Azure servers spread around the world that, with the help of artificial intelligence, will be represented on a map in real time with each of the locations. In the event of a lost signal, the AI will continue to calculate the route until the signal returns.

When connecting to the world we will have several options depending on the style of play we want to carry, depending on who we want to fly with and how we want to fly. One of them will be Live Players Only mode, which will force players to follow all the rules in a much stricter space in which you will have to strictly follow all the rules of airspace, also enjoying a system of weather conditions in real time, so that if it rains while we fly over the Azores, it will mean that at that precise moment it will be raining in the Azores.

To complete the mode, we can also include real-time traffic, which will complete the real-world experience by having to respect the positions on the map, the rules and withstand the weather conditions we find ourselves in.

Another of the available modes will be All Players , which will allow you to play with all the players but with the conditions that you want. The idea is that we can choose the weather conditions, the flight time, the altitude and the cloud density, enjoying a completely personalized flight, but also accompanied by the other connected players. Ideal for those who want to take walks and discover the world.

The last mode is Groups, which will allow creating personalized sessions in which all group members fly with the same established conditions. The creator of the group will be in charge of defining these settings, indicating the place from which they will take off and the route they must take to complete the session.

How many planes can be seen in the game?

Considering that we will have real traffic in real time, and that all the simulator players will enter to play the same world, won’t we have an excess of information in sight? Yes, that could be a fairly obvious problem, however, although the game controls all the planes that move around the world, the player will only see on his radar those that are within a radius of 200 kilometers, whether they are real planes or virtual players.

This work will be automated and optimized by Microsoft servers, limiting multiplayer traffic to the nearest 50 planes so as not to compromise network performance. Another matter will be to visually represent them on the screen, since the appearance will depend on the graphic configuration of each player, although this will not prevent us from seeing all the planes present through our radar. There will be certain distance limits to see an airplane and we will be able to choose if we want to see the name of the pilot on the airplane or not.

With the idea of maintaining a completely real experience, Microsoft Flight Simulator makes use of a series of technologies that represent the flight of each aircraft in a completely smooth and continuous way, avoiding spontaneous appearances or intermittent flights.

Unfortunately the game still does not have a specific date for its release, but everything indicates that there is less left to know something about it. Of course, in the meantime you could burn time by trying some of the free flight simulators that we leave you as proposals. And you, have you already prepared your pilot uniform