The reproduction of audio and video files are on the agenda at the moment, more since PCs have advanced as they have in recent years. This allows us to enjoy in the comfort of home and from the computer, our favorite series and movies, as well as our music. For this we have programs such as Kodi , AIMP, VLC or Media Player Classic Home Cinema, also known as MPC-HC. These are programs that, as time has passed, have had to adapt to the latest technologies in multimedia playback. That is why in these lines we will focus on one of the most popular, while veteran in this regard, MPC-HC. This is a powerful software originally called Media Player Classic Home Cinema , but known for its abbreviation, which has been a good number of years between us. 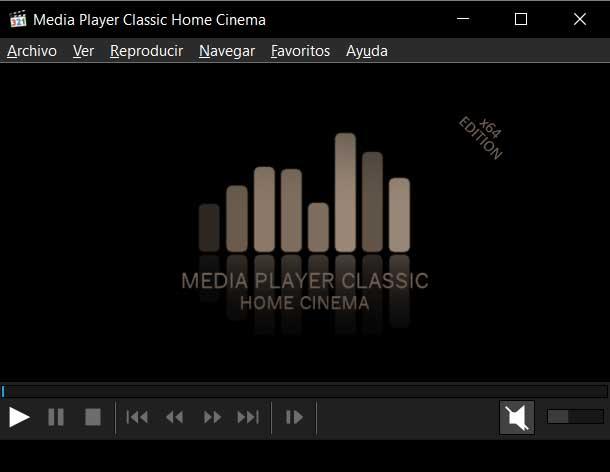 How could it be otherwise, over the years it has evolved greatly, becoming one of the most popular and used proposals of this type. In fact we could say that there are many users who have been with this player for years, and do not want to change.

Most important features of one of the most beloved players

As you can imagine, in this case we talk about a free multimedia player, and in addition to open source, able to work with both video and audio files. In addition, it has support for the vast majority of current formats, as we will see later.

Its use is extremely simple, and at the same time it has a series of functions that allow us to configure its internal operation, and its external appearance. At the same time it has a fully adaptable user interface in which we will see only those elements that we really need. This is something we can do from the View menu, where we tell MPC-HC what we need to have in the main interface. 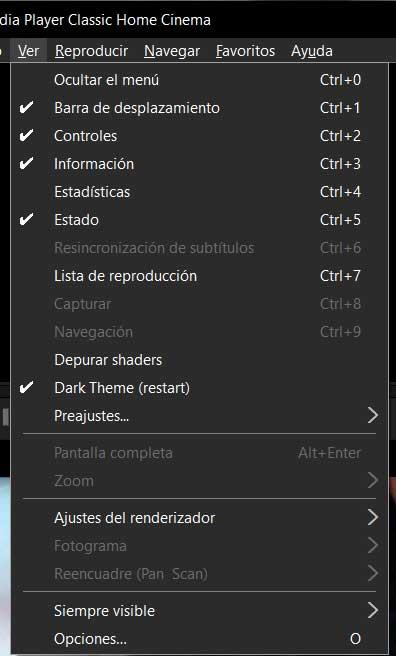 At the same time it is worth knowing that recently, in its latest update, it has already received support so that we can configure a dark mode . We achieve this from the mentioned View menu, in addition to being compatible with RAR5 formats.

As we mentioned before, one of the main advantages offered by this program, and most of the sector, is its wide compatibility. Of course, this alternative, taking the years between us, could not be less, as we are going to show you. This allows us to avoid compatibility problems that sometimes we can find when playing certain content.

In addition, this program has added new formats to its list of compatible, as new standards have been released to the public. At the same time this wide compatibility allows us to enjoy our favorite movies , series and music , in the best way, it arrives as it arrives. Therefore we will show you a list of the most important formats supported by Media Player Classic Home Cinema .

How to open files, folders or devices in the player

At the same time it is worth knowing that in addition to trying to facilitate the reproduction of content through broad compatibility, its developers offer us other advantages. And we have several ways to open the contents that interest us in this program, as we will see. First of all we will tell you that we can drag these directly on the interface, as usual, to open them.

However, in the File menu of the program, we can adapt this action even more, all depending on the needs of the moment. Thus, when accessing this particular menu option, we will see that we find several options that we can use in this regard. In this way we can open a separate file, a DVD , a complete folder to play its content, or even an external device.

Add folded audio or subtitles to the video

At the same time and at this point, we must know that in Open file, we can open the video on the one hand, and the audio file with the dubbing, on the other. Of course, this is nothing more than an optional addition that the creators of the program put at our disposal. In this way we can watch movies in other languages , although we have achieved the dubbing independently. 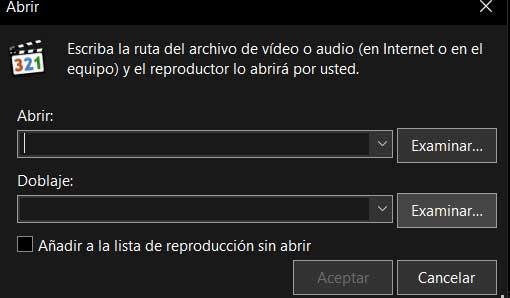 On the other hand here we also want to make a special mention to another of the elements most used today when playing videos. Specifically we refer to subtitles , so let’s see how we can make use of them, here. To do this we will have to place ourselves in the Open / Subtitles menu option, in order to load the corresponding files with them. To say that the program has support in this regard for the most popular formats , such as SRTs.

But of course, as usual in most programs of this type, one of its nerve centers is found in its configuration screen. This will allow us to adjust both the internal behavior of the program and its external appearance. So we can customize the video player to our needs and make the most of it.

Well, in this specific case, to access the multiple configuration options of MPC-HC, we will do it through the menu option View / Options. As we will see as soon as we enter here, in the right part of the window we find a series of categories referring to various sections of the software. 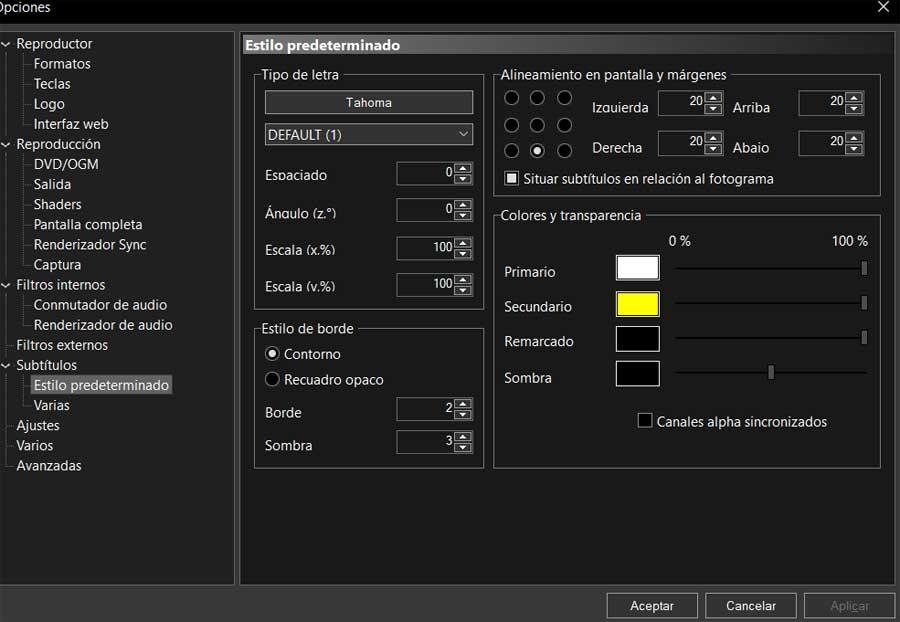 In this section we will see that we can make use of aspects related to the appearance of the player, its operation when playing contents, the work with subtitles or the treatment of audio, among many other things. However, we must know that many of these options can be useful for the most advanced users in these lides. The truth is that with the default options of MPC-HC , most can be satisfied.

At this point we want to make a special mention to a section of the configuration that could be very useful, we refer to the keyboard shortcuts. And it is that many of the most common functions of the program can be carried out using these key combinations . Moreover, this is something that we can also customize in a simple way to use the most comfortable ones. Therefore, for all this, we will have to access the menu option View / Options / Keys. 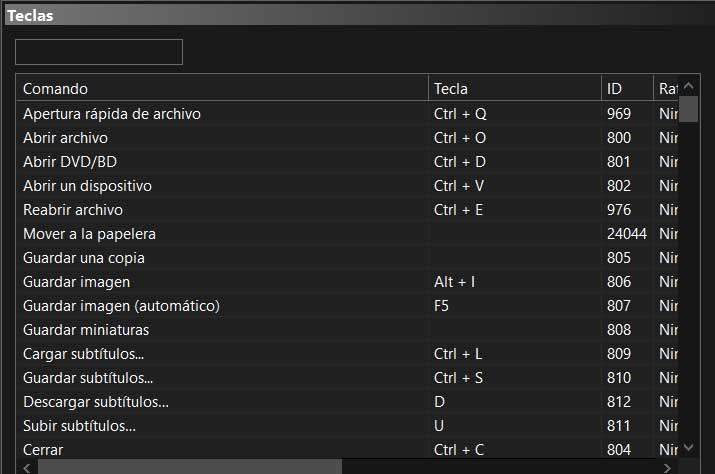 Finally and if what we have told you before has called your attention, we will now tell you the easiest way to download and install this program. For this we can be located from any browser on its official site of the development platform, Github , specifically from this link .

From here we can get the latest updated version of Media Player Classic Home Cinema so that you can install it on your computer. Also as you can see and as we mentioned before, this is a media player that was updated just a few days ago.