Formerly the armies of the different countries that participated in warlike conflicts used a fairly basic weaponry, based only on firearms and grenades. The most technological thing there was were piloted aircraft. However, the advancement of technology has allowed many powers to become stronger in this regard, developing very powerful attack and defense systems that have the latest technology. The United States has shown the first image of its next drone that will use missiles.

There are many types of drones. These unmanned aircraft are used for many different things. Drones have many uses. We have seen them watering crops, as merchandise distributors or even as security devices to replace conventional guards.

However, they also have utility in the military field and some of them are that they serve as a system for both attack in a conflict and reconnaissance of an area. A system of attack and defense

There are many countries that are using them both as a system both to attack and to defend , so they all want to have these systems in place.

This drone designed by the United States is intended to protect American aircraft against any type of risk that they may suffer while in the air. In fact, by having this drone with missiles to attack, this allows pilots to maintain a safe distance during a conflict. 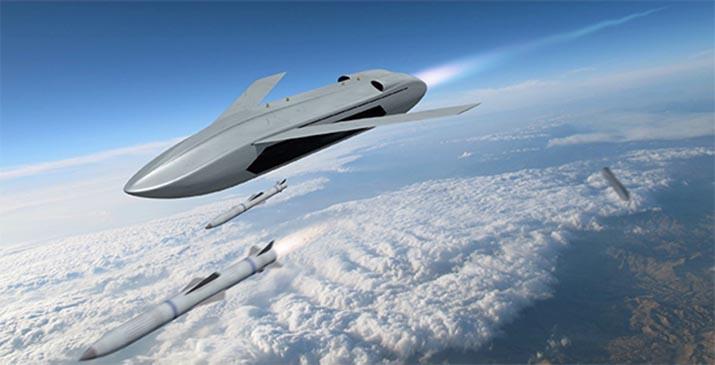 Its infrastructure resembles that of a bomber, but without windows in the cockpit, which is logical since this drone is unmanned . In addition, it needs to be larger to house all the weapons.

Eliminate any obstacles in the air

As they have assured, this drone is capable of clearing any obstacle that is in the sky. Unlike other drones that need to be launched or that must travel alone a distance before taking action, this new drone can go inside another manned aircraft and drop it when the situation requires it.

This drone can also serve as a complement to other weaker aircraft of the United States Army. Thus, instead of requesting air support, these ships would drop the drone to deploy a support and defense system. 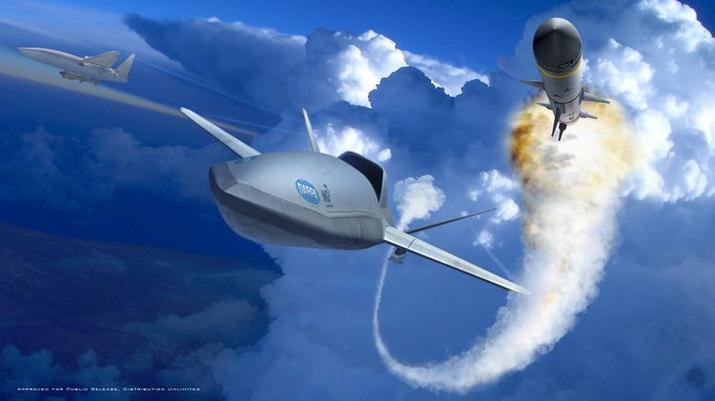 With the implementation of this new system by the United States , it is becoming an increasingly stronger power , although surely some of its rivals such as China or Russia are also developing state-of-the-art systems that they will use in the future.