Every day we work with a multitude of programs that we need to use in our day to day with the PC, whether with one operating system or another. These programs are very useful for multiple tasks, but at the same time they include some surprises. Therefore in these lines we are going to talk about some curious Linux Easter eggs that you can try as a curiosity.

And we must bear in mind that practically since the beginning of software development, its creators have included so-called Easter eggs many times. These are incorporated in a more or less hidden way in their projects to surprise their users when the time comes. This is something that happens both in operating systems and in the programs that we have installed on our computers . What are the easter eggs that we see in the software

First of all, what we must be clear at first is what these elements that we see in software solutions really are . Well, when we talk about Easter Eggs in programs or systems, we are actually referring to hidden functions that the development team has implemented. All this is carried out so that users can find them sooner or later.

In this way we could say that in some cases Easter eggs could be considered as little jokes or signs of identity that developers hide in their projects. In order to find them, we can access them through a series of somewhat complex steps sometimes, sometimes not so much. These steps actually allow us to open these Easter Eggs, something that is extended to the Linux system, as we will see.

Therefore, once we are more or less clear about what we are talking about with these curious elements, we are going to show you some of them. These are found on computers based on the Linux operating system . Specifically, and to give you an idea, these that we mention now have been tested in the popular Ubuntu distribution in version 20.10.

Easter eggs that we can find in Linux

For a Linux user, the terminal or command line is a very useful and important tool in their day-to-day life. In fact many tasks are carried out from here on Linux, but this element is not always as boring as it might seem at first. We tell you this because from the terminal, we can use commands with which to access the Linux Easter Eggs that we have talked about.

Say that this terminal, for example, we can open it with the key combination Ctrl + Alt + T.

Say that first, the Cowsay command draws small animals using ascii in the terminal. It is not very graphic but the drawing is curious. For this we have to use the command $ sudo apt install cowsay In this way, the cow that will appear can tell us what we want, for example with the command $ cowsay “Hello”.

In the event that we also want to find a locomotive in the Linux terminal , we can use this other command: $ sudo apt install sl Next, we just have to type the command $ sl - Steam Locomotive for a locomotive in ascii flick our terminal screen from side to side. 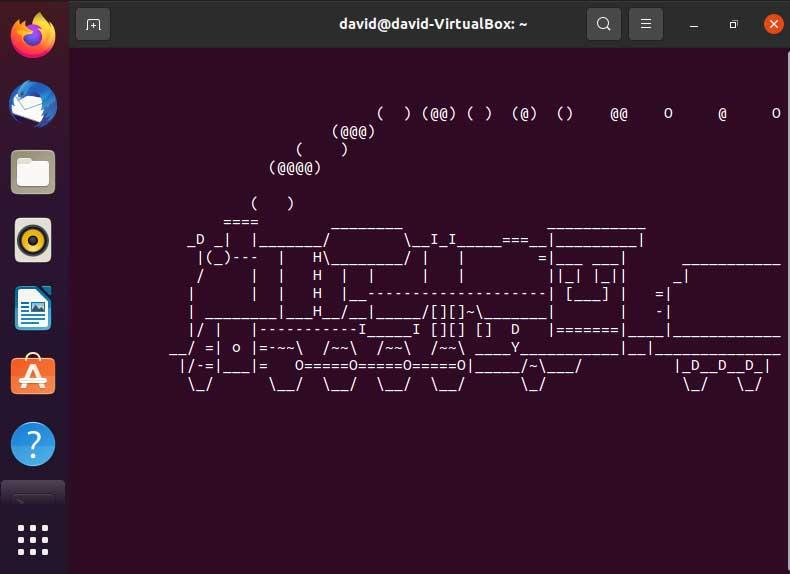 In the event that what you want is to design your own banner in the Linux terminal, you can use $ sudo apt install cowsay Once the installation process is finished, we can design the desired banner, for example with the $ Toilet Hola

We can do something similar to what we saw in the previous case with the Figlet command , so we installed it with $ sudo apt install figlet beforehand. Then we just have to use the command followed by the text that we want to display on the screen, for example $ Figlet hola

Changing third, through the Fortune command, we will have the possibility of seeing a random appointment on the screen to give us courage. Of course, we will see this in English. For all this we only have to type in the terminal the command $ fortune -s

You are a fan of the Matrix movie or its protagonist Neo , well here is a Linux easter egg that you will love. To do this, all you have to do is execute the command $ sudo apt install cmatrix . Then, once the process is finished, we type cmatrix. 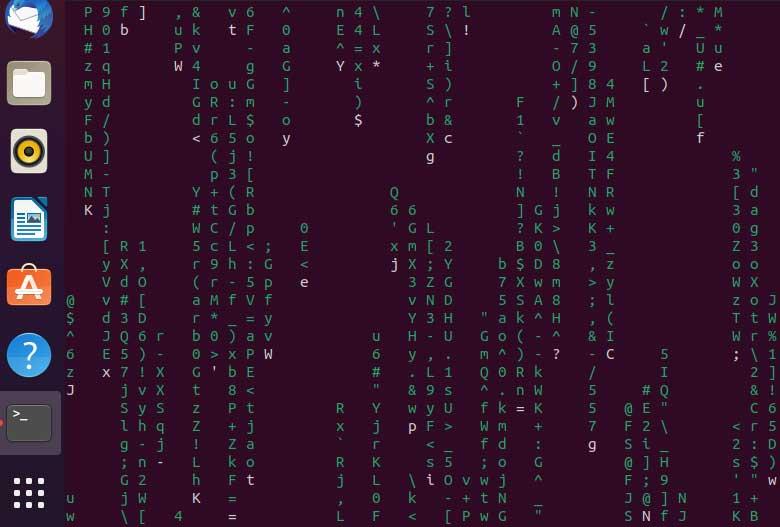 Another easter egg that we can find in this open source operating system is through the $ rev command. By typing this, all those terms that we write below will be turned around, you just have to try it. 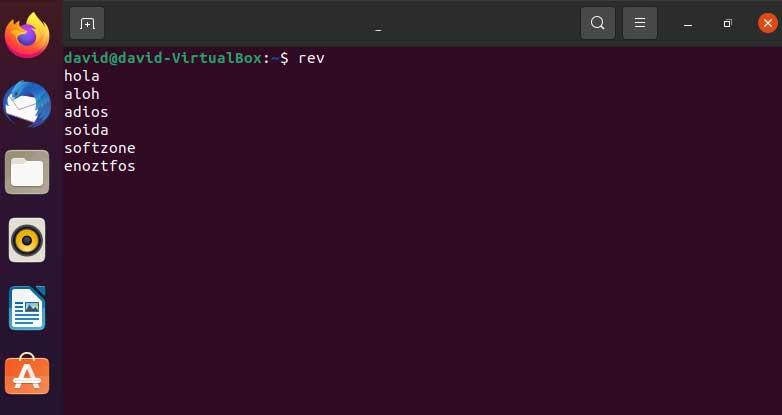 This is another simple Linux easter egg that just by typing the command $ apt moo This draws a cow on the screen.

This Easter egg that we will talk about next, is not really a command, but a text animation emitted by a remote server . It can be reproduced within the terminal. To do this, all we have to write on the command line is $ telnet towel.blinkenlights.nl Next, something will start that will surely be liked by many, yes, in ascii. 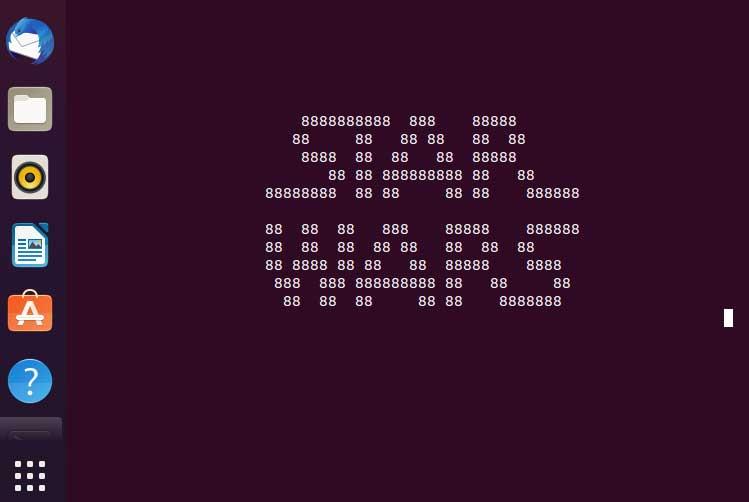 In the event that we decide to use the Yes command, it will print the text that we write below indefinitely or until we stop it with Ctrl + C. 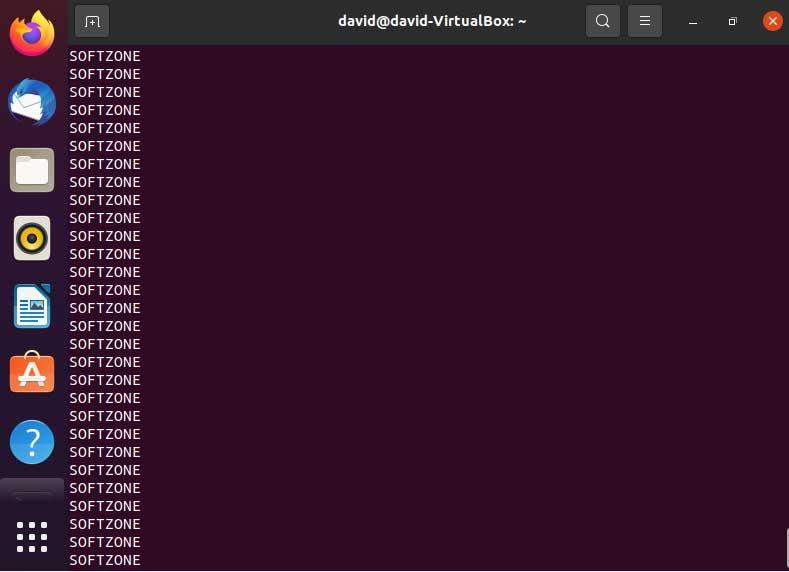 If what we want is to know all the factors of the least common multiple of a certain number in the Linux terminal, this is the solution. For this we just have to write the command $ Factor followed by the desired value.

And let’s get on with the math on this Linux easter egg topic. Thus, if you want to know the number Pi in depth, you just have to use the command with the same name, followed by the number of decimal places that we want to see. Possibly before we have to make use of $ sudo apt install pi

Another Easter Egg that will surely be striking in the Linux terminal , is this. After using $ sudo apt install xcoway we can use the Xcoway command followed by any message to surprise us. 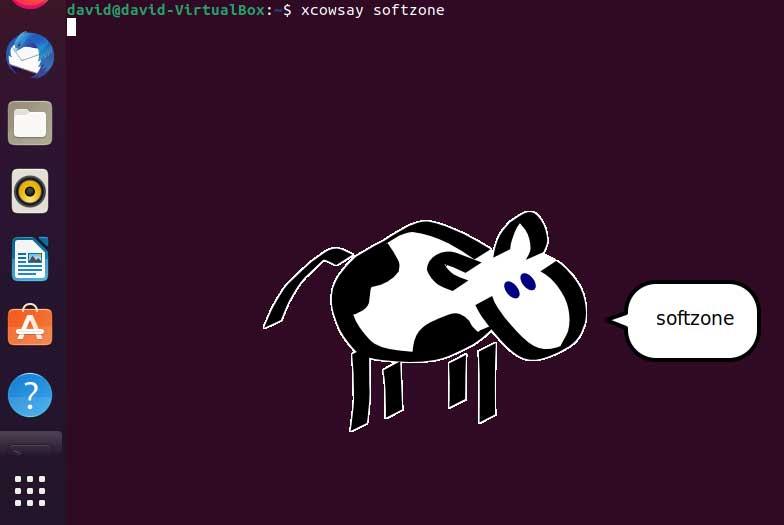 And following in the same graphic line as the previous one, this is another Easter egg that we recommend you try. To do this, you just have to write the Xeyes command in the terminal and move the mouse. 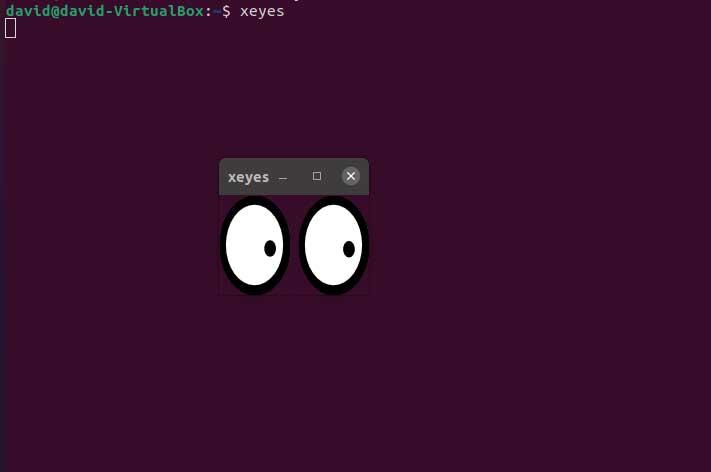 We also recommend taking a look at this high-quality audiovisual demonstration for the terminal. It is an animation that you draw using text with a background and audio that will be very interesting for us. After using $ sudo apt install bb, just type the command $ BB to start the animation. 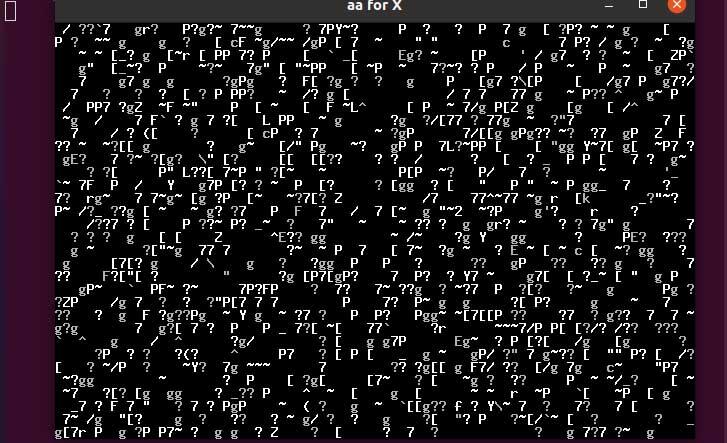 Here we find a multilingual speech synthesizer that speaks aloud using stored sound files and patterns, all from the terminal. First of all we type $ sudo apt install espeak After that we will only have to type the command $ espeak followed by the desired text.