It is impossible that playing a good FPS, whether competitively or not, they end up killing us from a position that in principle is impossible, since we have not seen the enemy. We are not talking about impossible shots going through concrete walls or shots at 1000 meters, we are talking about those deaths where your opponent was in your sight and you have not been able to see him or come or shoot. The answer to this is in a technology that LG panels have: Black Stabilizer.

Do not despair, you are not the first nor will you be the last who has raised the cry in the sky (metaphorically speaking) when without wanting it or drinking it you have died without knowing why, or where the impact has come from. You were well outlined, moving as it should be, but suddenly you are on the ground, why haven’t you seen your enemy? Why, even if you hide, they do see you but you don’t see them? Attentive because this technology gives a clear advantage for whoever owns it. LG Black Stabilizer, something exclusive to the brand in its gaming monitors?

The technology is called Black Stabilizer and as you may have seen it is a LG patent. If you do not know, it is mandatory to say so, since LG is one of the largest panel manufacturers in the world, which manufactures for almost all monitor brands and it is really difficult to find a single manufacturer that does not have at least one type of panel of this business.

For this reason, this technology is present in a fairly large number of monitors, although it is not called the same due to the LG patent, but the effect is very similar. Some even dare to improve it with certain techniques that in their opinion give better results, always with the approval of the original manufacturer.

So what is LG Black Stabilizer? 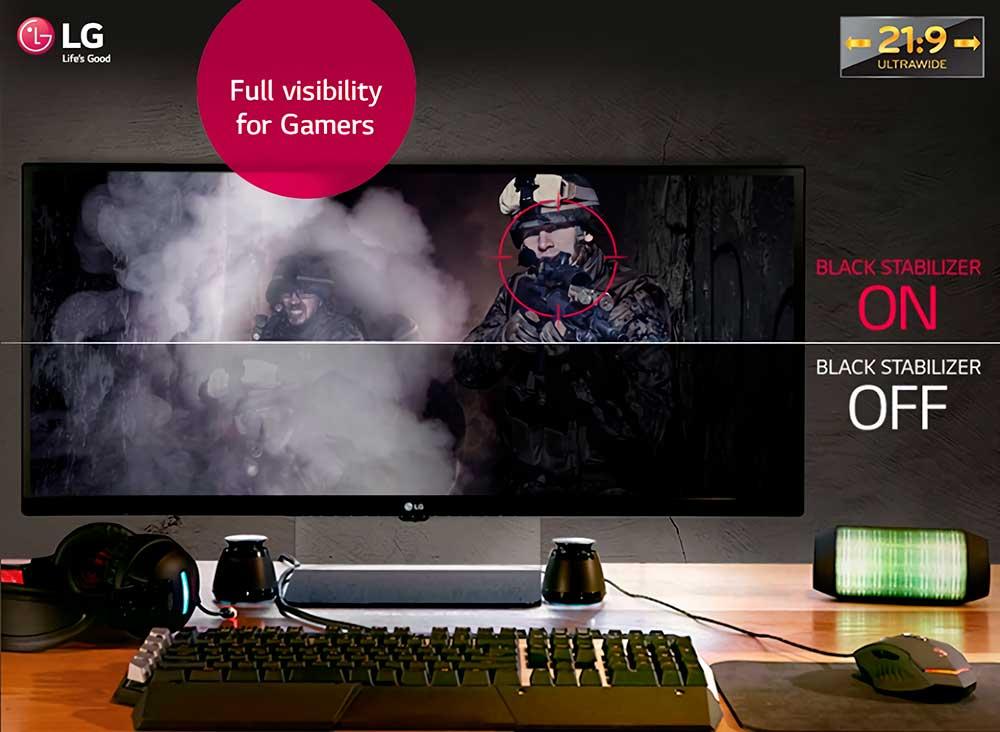 Well, it is neither more nor less than a function of the LG panels that has a very specific and advantageous function for the player. What is sought is to optimize the gaming experience and provide an advantage over other players, where the panel analyzes in real time the areas that are considered dark, that is, the pixels that are in a shade of gray or black in a wide area.

The panel detects these areas as “dark” or with low luminosity, which is precisely where many players hide, among the shadows as they have always been said, to then shoot or attack when they are not seen due to the high contrasts and low brightness of the serial panel calibrations.

What LG Black Stabilizer does is find those areas and apply a greater localized brightness to them (more or less precise, it depends on the monitor matrix) and thus changes the contrast ratio of the panel, improving visibility in dark areas of the game. In addition, it is a technology that goes into a kind of “pack” that LG makes available to us, since it is normally activated with Dynamic Action Sync, which we already talked about at the time.

There is a bit of controversy here, because while LG has never specified that Black Stabilizer have versions, the reality is that internally it has undergone major changes. Mainly because on “old” monitors the effect of brightness and the change in contrast was seen on the entire screen. It was still more or less localized, but it affected the entire panel indirectly.

What happened? Well, many users decided to leave this technology deactivated because the effect did not convince them despite being really useful. This is unimaginable in a competitive player, where the advantage is clear no matter how poorly it is represented on the screen, but the common user may not like it.

Therefore, LG had to innovate and in the new panels the effect of brightness and contrast is modulable, so that when it is active it changes the level of gray and provides an increase in contrast such that what was not too visible before. now it is perfectly visible and stands out in the dark (which is no longer such logically).

Now, Black Stabilizer manages to maximize the bandwidth of the image to be rendered and analyze the current pixels on the specific luminance of the image and not on the entire panel. The effect is certainly not perfect, but it is currently more attenuated.

The function and the setting have to be activated or deactivated manually from the panel of the monitor itself, as it is a proprietary and hardware setting. To do this, we will have to go to the configuration of the image mode in its corresponding menu, enter it and from the submenu that is normally called “Black level control” activate or deactivate it.

What is the best? Activate or deactivate it? Does it affect performance? 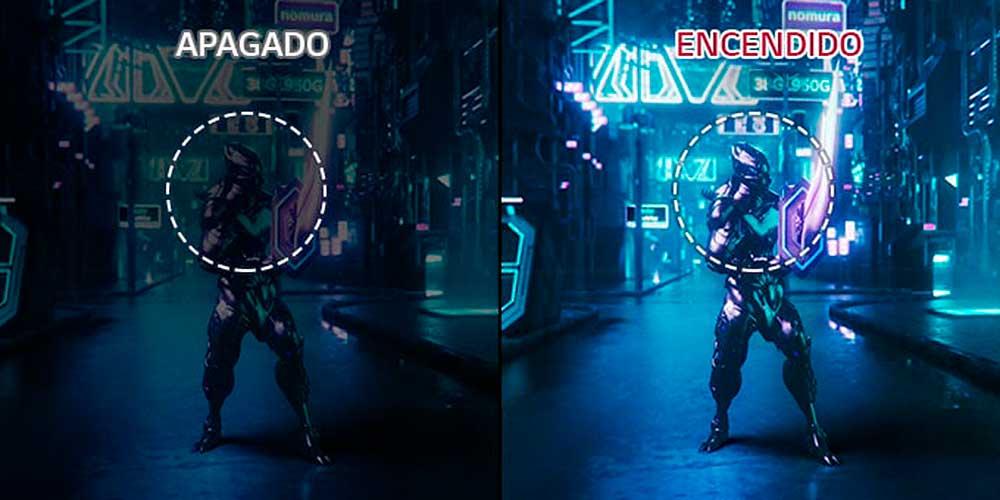 There is an eternal debate here and it is something very personal to each one. What we do have to be clear about is that any professional player must have it active due to the advantage it represents for the game, but leaving that aside … Normally people deactivate it.

The problem is that it produces an image wash effect where the black becomes a lighter shade of gray and if the panel does not function correctly and we are in a scene with partial brightness, although we see the rest in the “dark” panel may be too bright and even disturbing.

The second point has to do with the colors, since it modifies the tonality at some point, not accurately reflecting what it should be without this LG Black Stabilizer . On the other hand, as it is a function of the monitor itself and as we have said, it has to be activated or deactivated manually. If we use the monitor to play games or watch movies, in the first scenario we will have an advantage, in the second the feeling is much less immersive and it will be necessary to disable it.

Regarding performance, it does not affect the panel itself or the response times, simply the contrast and brightness, it does not include any type of input lag or milliseconds, so we can rest easy in this regard and enjoy a technology that is designed for the demanding player.