League of Legends is a mythical game known by a large number of people and played by millions of people around the world every day. Now this experience has been transferred to the iPhone through Wild Rift, and in this article we will tell you all the details of this new port.

What is League of Legends?

League of Legends is a MOBA game in which a map is proposed where two teams of five people each will compete. Each person will control a character that can be a magician, tank, fighter, assassin … The final objective of the game is to destroy the rival team’s nexus in order to win the game, although for this you must impose yourself on the other team in strength, destroy all the turrets that defend the nexus and all enemies. The progression of the game is achieved through the item shop since at the beginning all the players start in similar conditions. But as you collect gold by farming the minions or killing the opponents, you can buy items that improve the character’s statistics such as damage or speed, among others.

Keep in mind that this is a game that was originally intended for the computer but has been transferred with Wild Rift to the iPhone offering a very satisfactory experience. Whether you have previously played League or not, this is a game that you should give a little chance to because of its importance.

Now League of Legends has moved to mobile and everything we have said is maintained as it is a simple port that has managed to have the entire PC experience on an iPhone.

By not having a keyboard and mouse, the entire experience had to be adapted to a mobile phone. In the first moments of Wild Rift it can be clearly seen in a tutorial how it can be played. With the right part of the mobile in a virtual joistick, the character can move in all directions, being something basic to be able to go towards an enemy or simply point since where a character is looking is important.

At the bottom left of the screen you will see a series of controls that are focused on skills. Each of the characters that you are going to play has four different abilities that you can go up depending on the level you are. These abilities are complemented by a basic attack that does not have any type of colddawn and whose main function is to damage all enemies. The skills are focused on other aspects besides doing a lot of damage, such as slowing down the enemy, immobilizing him for a few seconds, applying an extra poison … 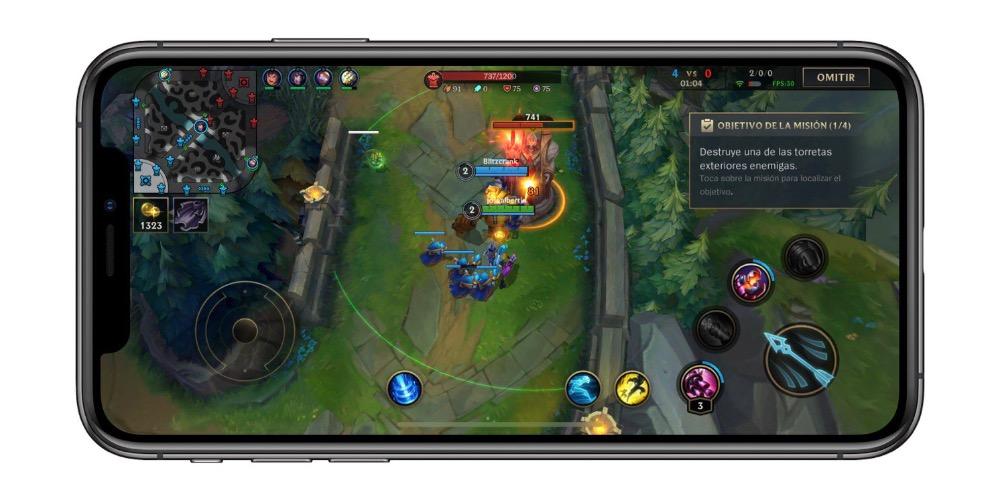 To be able to make use of these abilities you will simply have to press on the buttons that will appear in a colored way. There is one that is much larger than the one reserved for the basic attack. In some cases there are skills in which it is required to target the enemy which you want to hit. This is done with the same hand with which the ability was pressed, although by default it will jump to where the character is looking.

Apart from these abilities of each character, the summoners that can be common among all also stand out. The most common are flash, light, or cure. They are also implemented in Wild Rift with a great cooldawn that give certain advantages in the game.

From Riot they have maintained the same aesthetics as in the PC version in this mobile port except for the size of the map. As we will comment below, we wanted to reduce screen time and this has been achieved in part by reducing the size of the map. The lines are much shorter and the jungle, obviously, is also more clustered. But the rest is exactly the same as the design of the characters. 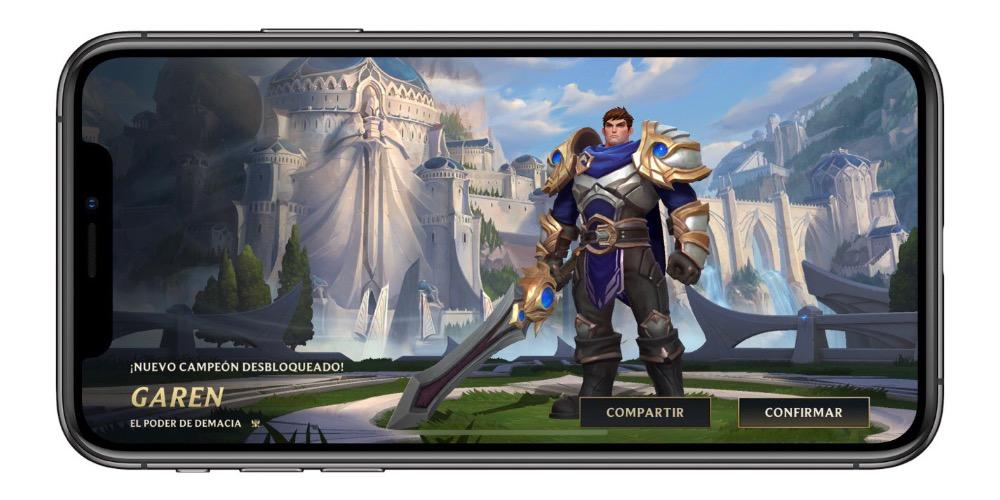 Where if there are changes, it is better in the start interface of the game. In Wild Rift you can find an initial aesthetic where the champions are selected that is extremely interesting. You can visualize the characters with the skin in a very clear way and rotate them, being the most appropriate to easily choose which skin is the one you are most interested in buying.

Something that Riot has wanted to achieve with this mobile port is to reduce the time of the games. As a general rule, a mobile user does not have the same time as one who has a computer or Mac to play 50-minute LoL games. That is why in this port they have tried to reduce the time of the games, something that you will notice when you start playing and more if you have tried the computer version. You receive much more gold per second and the minions will give you a higher reward after killing them although if you do not kill them they will also give you gold. 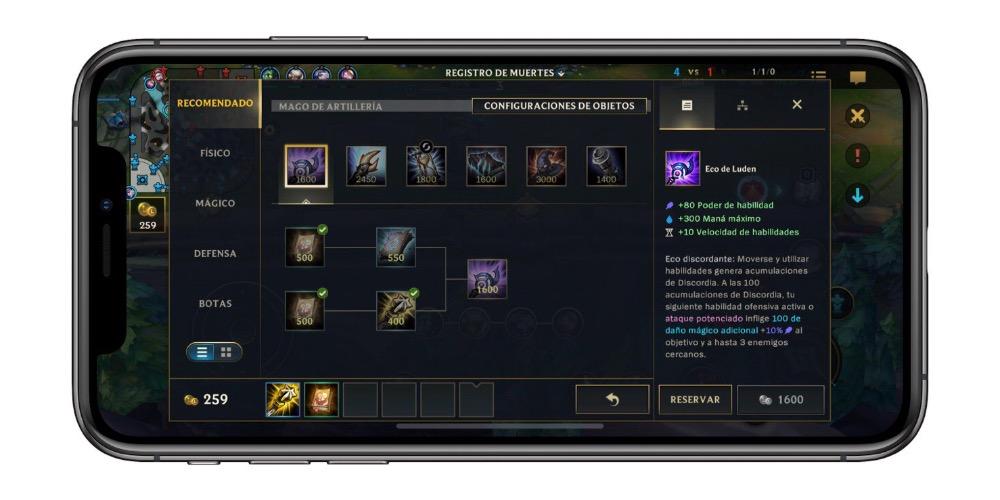 This makes it much easier to have a full buid to have a greater damage or resistance already in the 15th minute reaching the End Game. Obviously in order to have an experience, the appearance of mythical creatures such as Baron Nashor or the Dragon also appear much earlier than in the original game. In this way you can have the same powers as in the PC version but in a much earlier way so that a game does not exceed 20 minutes.

This makes it ideal so that it can be played in any situation. For example, in public transport or waiting in any place where there is not too much time but it may be enough to play a game of League.

How much will it cost you to play?

League of Legends is a game that you can enjoy without having to take out your credit card at any time. To get the characters you will simply have to play to have the necessary points to unlock them although at the beginning of the game in the tutorial you will be able to choose a first champion.

Where the real Riot business is, as in the PC version, are in the skins. On mobile you can also buy this type of cosmetic item that will change the appearance of your character as well as its base back . But keep in mind that this is simply an aesthetic component and that it will not affect the way you play at any time making it optional, which means that it is not a game where to win you must pay.