Kodi is one of the most used and well-known multimedia players in the world, an open source project that does not stop growing. In fact this is the case, as the first version of the new Kodi 19 Matrix has just been released .

This is a major release so unsurprisingly it comes with a lot of new features. Of course, it must be taken into account that it is the first Alpha version of the program, so it still contains bugs, as expected. With everything and with this, those who are eager to take a look at the news of the multimedia player, will be able to do so. To begin with, the developers of the open source project introduce Kodi 19 and a number of additional metadata tags for uploaded tracks. Likewise, it comes with an improved handling of album release dates and a new configuration to open the music window on screen. This is something that now takes place automatically when playback starts.

In addition, special care has been taken here so that it works well in low-end equipment. At the same time, the redesign of the full-screen music window allows visualizations to be shown without color overlap. Additional information has also been added here and its default view is not out of place. They have also added a window that shows details of any selected song. 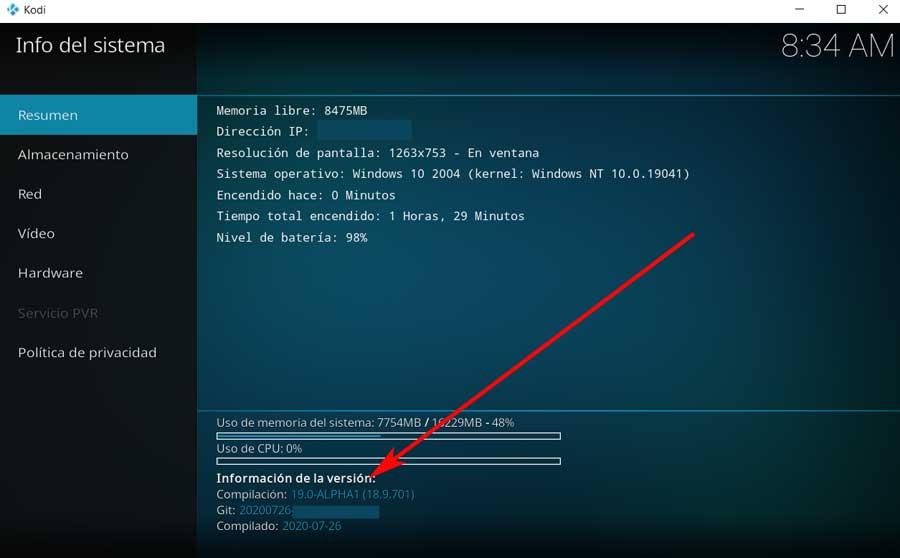 Regarding video, they have improved the decoding of the AV1 Codec and now the opacity of the subtitles can be changed. On the other hand, referring to games, the iOS version now supports Bluetooth game controllers. Also here, the Kodi interface is already dark on certain devices.

This brings Kodi 19 to Windows

If we focus on the most used PC operating system like Windows , Kodi now has static HDR10 support for all types of fonts. It also integrates reminders for the PVR, groups of television and radio channels, or home screen widgets. Improvements are coming for the management of groups and channels.

At the same time, the Switch to full screen setting supports various types of channels and context menu items are included for content recordings.

The ability to classify channels and EPGs is added and the numbering of these also improves. Now we can see the sizes of the recordings and order them by this value. How could it be otherwise, Kodi 19 brings many performance-related improvements in several of its sections and optimizes memory use. Say that a default field has been added to ask for a password for the web interface.

Changes in the program addons

Some changes have also been made in the use of plugins or addons . For example Kodi will now enforce the origin of the installed addons and their dependencies. This is to prevent third-party repositories from overwriting the code for these elements. 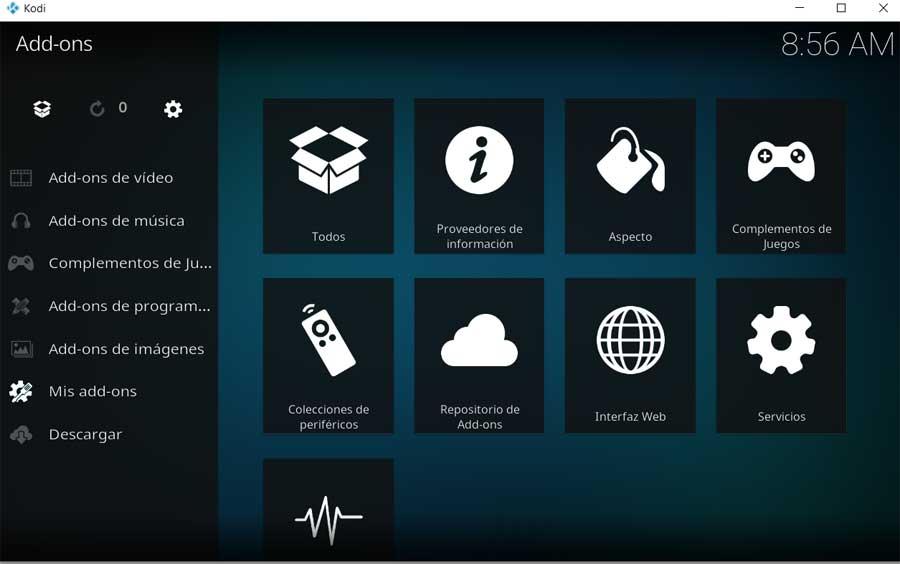 On the other hand, the software now uses Python 3 for these addons, which could disable them when a compatible version is not available. With everything and with it the list of addons compatible with Kodi Matrix grows little by little.

Once we know all this, if you want to try the new Kodi 19 Matrix Alpha, you can do it from this link .