The way we connect to the Internet has evolved over time. At first we mostly used desktops and laptops. However, in recent years new devices have appeared that allow this action to be carried out. In that sense, we refer to smartphones, tablets, Android TV devices and Smart TVs. Surely of the latter, the one we use the most and the one that has acquired the greatest impact is the smartphone. We use it both at home and outside, so we try to get the most out of it. In this tutorial we are going to explain how to know if my mobile has dual or triple band Wi-Fi.

We are going to start by explaining the different types of bands and which one we should use in each case. Then we will show you various ways in which you can find out if the mobile has dual-band Wi-Fi. 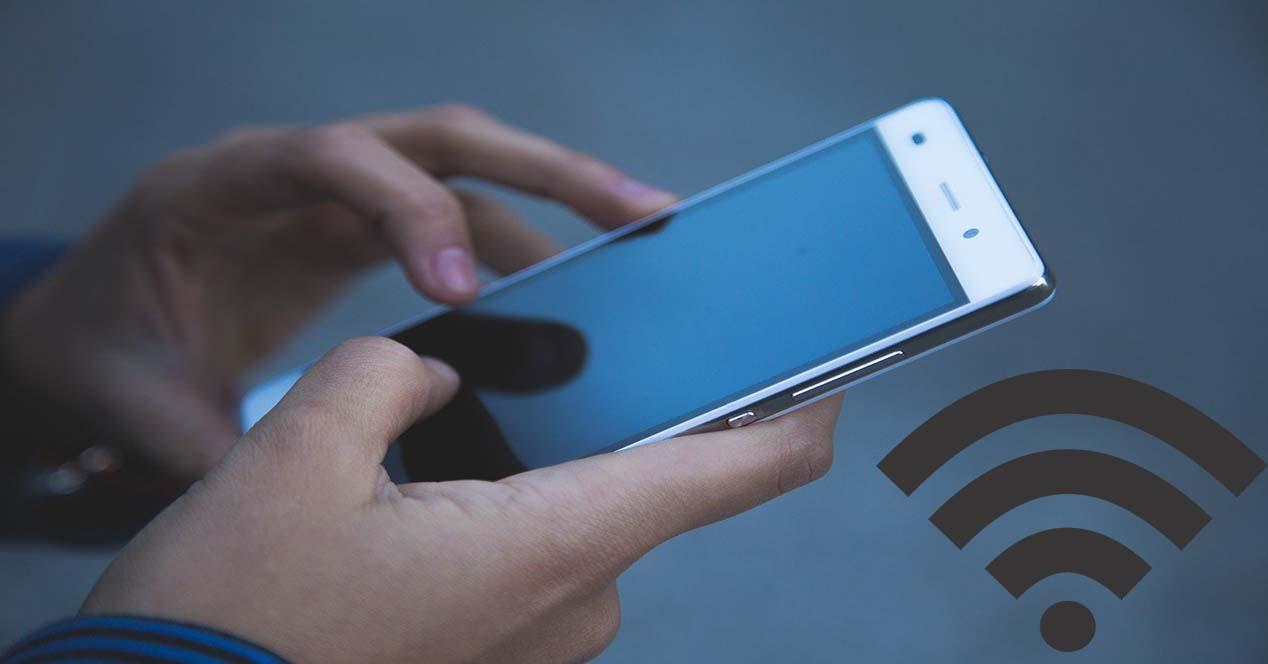 Wi-Fi has evolved over time, achieving higher and higher speeds. If we are able to distinguish its regulations, we will be able to know the theoretical maximum speed that we can achieve. This is very useful to understand the Wi-Fi section of our router, smartphone, tablets or other equipment.

Regarding speed, from lowest to highest, we could classify them as follows:

It should also be noted that a major disadvantage is that we have few channels. This will cause us to have a lot of interference with the neighbors’ networks and that the speeds that we obtain on average are between approximately 60 or 80 Mbps. Logically, there will be cases in which we achieve 250Mbps, but it will be very difficult to achieve more than this speed in the 2.4GHz band.

Regarding smartphones, in the 2.4 GHz band the vast majority only support b / g / n modes. The AX mode started to be introduced in 2020 on some high-end models. Regarding its use, 2.4 GHz networks have less connection speed, but in return, its signal coverage reaches further than those of 5 GHz networks. Therefore, if you are far from the router, you have enough speed and you want to gain stability the 2.4 GHz band is the best.

The 5 GHz band, top speeds and when to use it

The 5 GHz band offers us three modes that can reach the following speed:

The great advantage that 5 GHz networks give us is that we obtain a connection speed much higher than 2.4 GHz. However, the disadvantage they have is that they support distance and architectural barriers worse.

As for the a / ac mode, it is supported by most current smartphones. The only ones that do not generally are entry ranges or mobiles prior to 2019 that are lower than the mid-range. We will only find the 802.11ax standard in the high ranges of 2020 and 2021 and it is expected that it will be extended to the mid ranges little by little.

The 6 GHz band, the future that begins now and more

In this case we are talking about the Wi-Fi 6E standard, or also known as IEEE 802.11ax-2021. This standard is exactly the same as WiFi 6 but incorporates a new frequency band at 6GHz to have more WiFi channels available and that we do not have any type of interference. This frequency band is the perfect complement to the 2.4GHz and 5GHz bands, which will also continue to be widely used on a regular basis. The purpose of this standard is to improve performance in high-density scenarios. Some examples would be offices, shopping malls, and buildings with many connected devices. It also translates into a significant latency improvement. Thanks to this new standard, we will be able to configure the equipment with 160MHz of channel width without completely occupying the entire frequency band.

As for smartphones that support it, they are very few, one of them the Samsung Galaxy S21 Ultra and the new smartphones with the Snapdragon 888 that has come out this year 2021. The routers that support it are very few too, an example would be the Netgear Nighthawk RAXE500 and the ASUS ROG Rapture GT-AXE11000, but little by little new models will appear with support for this frequency band.

Check if the mobile has dual or triple band WiFi

Now we are going to see a practical example to check if our mobile has dual band Wi-Fi. The easiest way is by scanning the nearby WiFi networks with many offices and homes. In this case we are going to use an Android smartphone. The first thing we have to do is go to Settings . 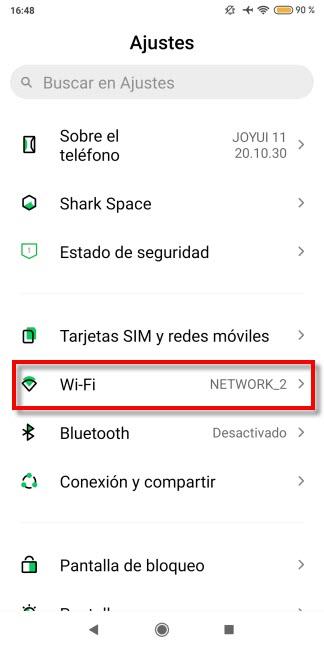 Next, click on Wi-Fi to see the available Wi-Fi networks and if we are connected to any. 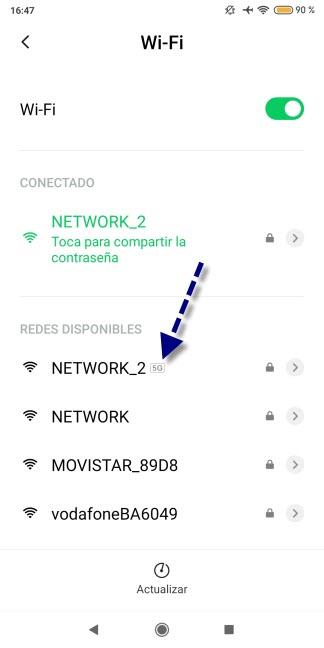 Here we see the name of the closest Wi-Fi networks. If you look closely, next to the first one there is an icon that says 5G . That means that it is a 5 GHz network and the ones that do not put anything are 2.4 GHz. This means that this mobile has dual-band Wi-Fi, because it is capable of detecting the WiFi networks of both frequency bands without no problem.

In addition, if we click on the appropriate place in Network_2, it will offer us additional information. In this case it is in the > symbol, but each manufacturer has its own way of doing it. These are the results I have obtained: 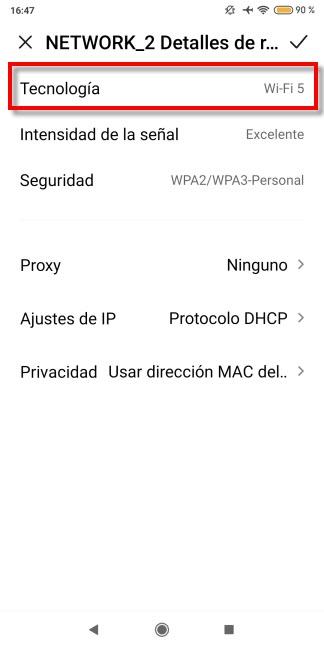 Here it refers to Wi-Fi 5 technology , which operates in the 5 GHz band and uses the 802.11ac standard that we talked about before. This is what we will see in relatively modern mobiles with Android 10 or higher. Instead, on an older dual-band Android 8 smartphone it would look like this: 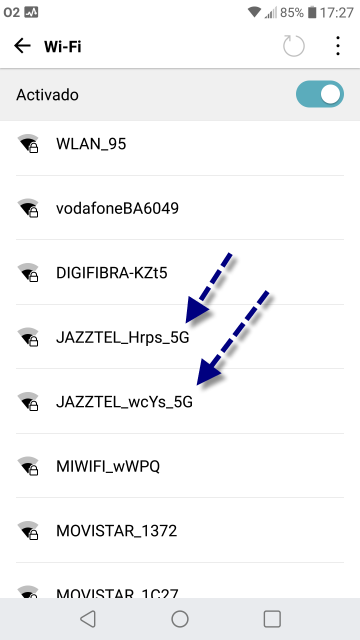 In this case we have to rely exclusively on the names of the Wi-Fi network or SSID. Generally, many providers to distinguish their 2.4 GHz Wi-Fi network from that of 5GHz, to the latter they add the tag 5G. That is also usually indicative that our mobile has dual-band Wi-Fi. An example of a mobile with Android 6 and that only supports 2.4 GHz networks would be this: 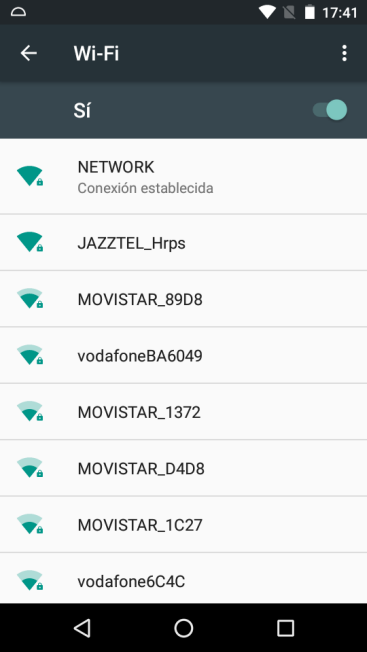 As you can see, there is no trace of the networks that have the 5G termination. However, the most correct way to do it in older smartphones and in general lines would be like this:

Check if your smartphone is dual band with the router

Another way to check if your mobile has dual-band Wi-Fi is by checking if it is connected to the 5 GHz Wi-Fi network on your router. To do this, we access the router’s web configuration and it will offer us results like these: 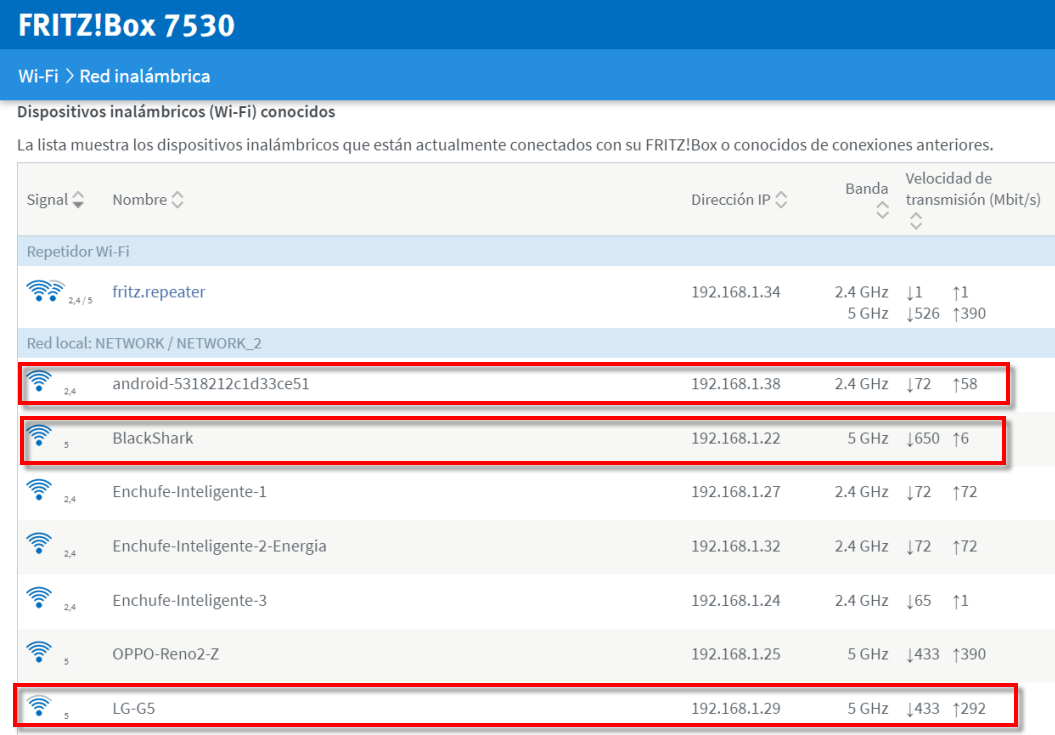 Here you can see the three smartphones from the previous section. Two in the 5 GHz band and the other older one in the 2.4 GHz band.

Another way is to consult the website of the manufacturer of our CPU, the most common currently are:

This would be an example of Wi-Fi with the Qualcomm Snapdragon 665:

Generally, manufacturers tend to respect the specifications, although on very few occasions they change them by putting lower ones to save costs. For this reason, the technical data sheets on specialized websites , or the website of the smartphone manufacturer, are usually more reliable. Throughout this tutorial we have offered you different ways to find out if your mobile has dual-band Wi-Fi.