Sound too creepy? As a general rule, each processor needs certain models of chipsets in particular to be able to function, but what if we told you that it is possible to make a Ryzen processor work without the need for an AMD chipset ? It is indeed possible, and we tell you how the theory (put forward by AMD itself) says it can.

The reality is that a Ryzen processor is, in essence, a complete SoC . But of course, for it to work first you have to give life to the processor and that is what the chipsets are for, although it is not a state secret that there are other possibilities apart from the known chipsets to do it (now, it is complicated enough to no one decides to bother trying). But, for the sake of science and to show that by proxy, it is possible, here is how they have done it. The “bridge to happiness” that would allow a Ryzen processor to work without the need for an AMD chipset is actually built by AMD, and is a system that provides a kind of dummy model for those who really need something like that, which ultimately makes it possible to start the CPU even without an external chipset. This chip is called ” Knoll Activator ” (who knows why), but before we get into the matter, let’s look at a block diagram of how Ryzen processors are “exposed” to the outside. 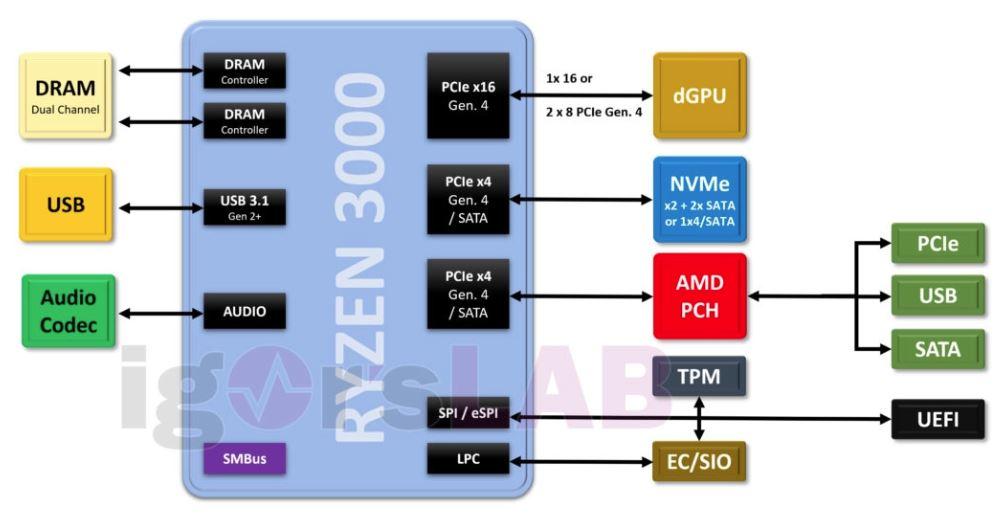 As for this mysterious Knoll Activator, curiously it works under the AMD 300 series chipset despite the fact that the documentation on it is quite scarce if not non-existent, since in theory the functional range of this chip is practically negligible (a even though it has turned out to be the key to making a Ryzen processor boot without an AMD chipset).

From the official AMD documentation we can get this extract:

“This document provides information on the AMD family of enabling ICs, referred to as the” Knoll, “required in the AMD AM4 infrastructure to enable connected processor peripheral I / O and processor characteristics in the absence of an alternate AMD chipset. There are several product models in the Knoll family, each allowing different peripheral I / O and AMD socket AM4 processor features in the platform infrastructure. See each processor’s datasheet for I / O details. S enabled and the features depending on the trigger model. “

“The Knoll family is connected to the processor and operates solely through the AMD platform software. There are no elements accessible to the user, which is only responsible for physically designing the circuit board for the placement of the Knoll component, the channeling of the signal to socket AM4 and the power supply of the Knoll component. Knoll models consume very low active power and only at certain times during start-up, and thereafter go to sleep with negligible consumption. The Knoll device must be specifically connected to the channel 2 I2C on the processor “.

This whitepaper tells us that, in theory, once the Ryzen processor has been activated it can be used almost completely without the need for a chipset, which in turn suggests that in theory we could use any existing AMD chipset with a processor Ryzen and vice versa, because the CPU itself doesn’t care what you have on the periphery. The fact that new sets of chipsets are generated in the course of the life of a certain product is to guarantee the best “user experience” simply, something understandable from a commercial point of view.

At first glance it may seem surprising that AMD’s board-building partners do not use their own I / O solutions and produce custom boards that do not have the expensive component in the form of AMD’s chipset set. HP has already shown that this is possible, and maybe it even makes sense with the VinsonC motherboard that uses a full APU as a raw SoC and dispenses with any kind of AMD chipset. 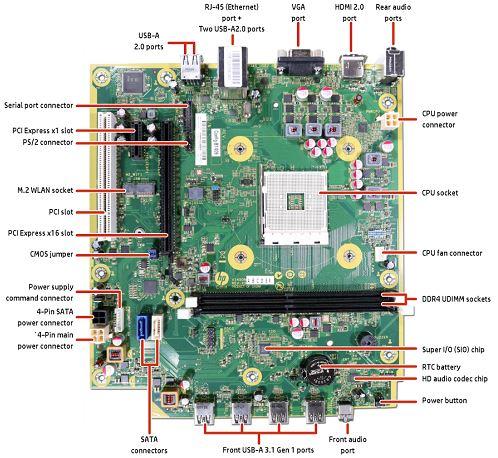 Things like a Serial and Ethernet connection are solved by including a regular, cheap SIO chip that complements the basic functionality of Ryzen processors, because it doesn’t need much else to actually work. Therefore, it is not only theoretically but also technically and practically possible to build a system with a Ryzen processor without the need for an AMD chipset, although it is true that some of its characteristics will have to be dispensed with.