A few weeks ago, Realme made the announcement of the arrival of Realme UI 3.0 official . It is the customization layer of the Chinese brand that is based on ColorOS , the operating system of OPPO phones.

In fact, some Realme phones still use the OPPO layer on their devices, although it seems that the first one plans to bet on its own. Even so, this implies that there are certain similarities between the two and even some features of the new update had already been previously seen in OPPO.

If you have two terminals which have Realme UI and ColorOS integrated, you can see at a glance that the interface is completely identical in every way. The icons look very similar and their appearances can be changed on both systems. 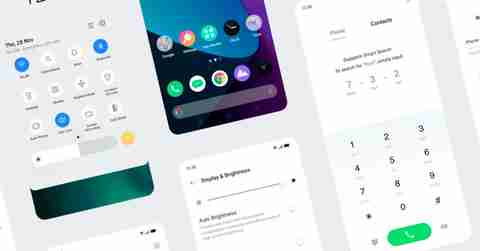 The widgets are practically the same , the only appreciable changes are for mere aesthetics. Regarding the control panel, exactly the above occurs, the options that both provide are similar and only the appearance varies.

Some of the novelties that this new version brings with it have been seen in devices that have ColorOS 12 . One of them is the Always on Display screen. A function that allows you to transform a photograph into an original design to use as a wallpaper.

The icons will also be modified and will take on a 3D-styled appearance. A change similar to the one that OPPO has announced with ColorOS itself. In this way the icons will be more striking and differentiated. 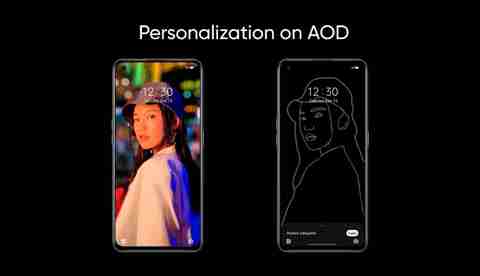 Many claim that ColorOS is the best optimized layer for Android, since the performance and fluidity that it provides cannot be reached by any other. Realme has sought to catch up with OPPO in this regard and has promised for its new version a considerable improvement in battery life, application execution speed and system memory usage . Although it remains to be seen if the change is really so noticeable and similar to the operation of the OPPO terminals.

Not everything is the same

Despite the various similarities that can be found between the two, there are traits that differentiate them. For example, Realme has a gaming space that intelligently manages resources to achieve optimal performance.

While, instead, ColorOS is more intended to offer the maximum possible fluidity when navigating the device thanks to various optimization functions.