No, speaking Chinese is not changing an “R” for an “L” no matter how funny it may be. This Asian language is one of the most complex at a phonetic and grammatical level for Western culture, however you can find a lot of help in iPhone and iPad applications like the ones we are going to teach you today. With them you can learn or improve your level of Chinese so that you can master it. If it ends up being the language of the future, it will be very good for you to know it as soon as possible. Use apps as a complement

Although it ultimately depends on the learning capacity of each one, the truth is that learning a language is not an easy task or at least not enough to master it in a short time. The applications that we will show in this compilation can be very useful, however we cannot qualify them as the only tools to handle the language. Experts recommend soaking up the language you want to learn as much as possible, for which you can watch series and movies in this language, try to read a little every day and even travel if you have the possibility. These apps can ultimately be one more element of daily work with which to gain more fluency. 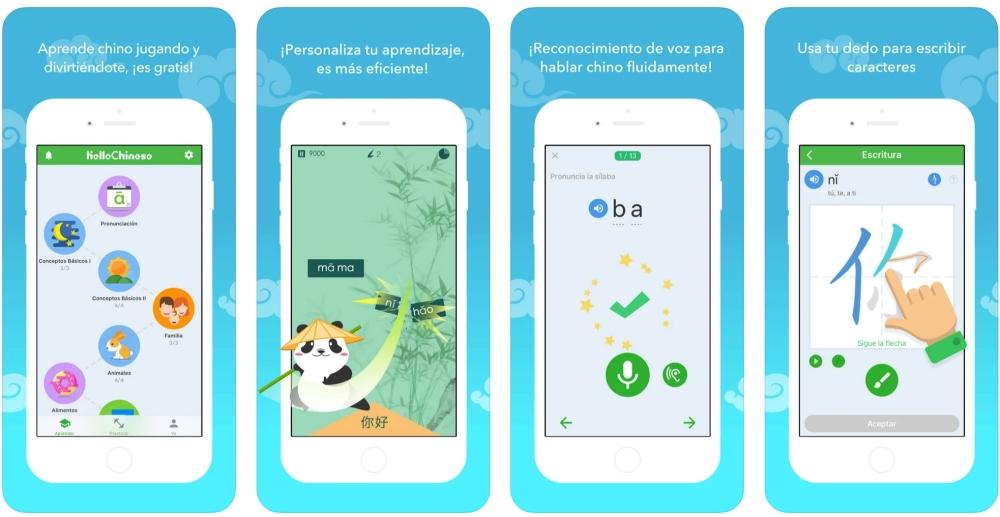 Neither the name of the app nor being in this compilation gives rise to doubts. This is an application focused one hundred percent on learning the Mandarin language. It is focused on offering very powerful learning tools from the most basic levels, so if you don’t know anything about Chinese, you won’t have any obstacles. Among its most outstanding functions we find the possibility of learning the pronunciation tones and the teaching of the characters that are part of the Chinese alphabet. 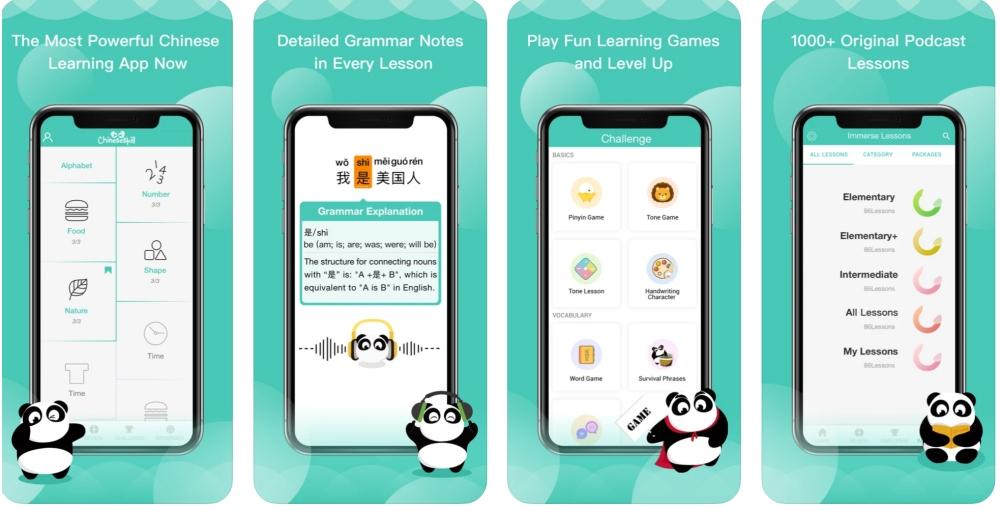 Experts say that a great way to learn a language is by playing, since after all, this is how we also learned our native language when we were children. For this reason, this application offers a complete learning interface in which games are very present, providing a continuous learning mechanics adapted to your level. Of course, Chinese characters also have their space among the endless possibilities that this application offers among its tools. 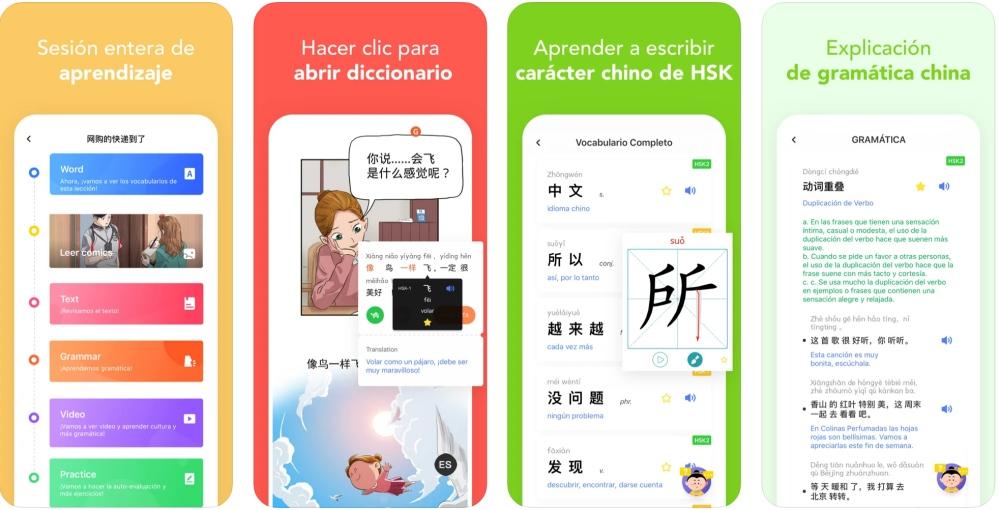 Another application to learn Chinese from scratch, created by experts in the field capable of perfectly detecting the level of learning of users. Inside it contains not only interesting functions during the lessons, but it even has a complete interface to translate comics, which has attracted our attention because it is a really interesting way to learn. Of course, it has dictionary and Chinese character learning functions.

There is probably nothing more useful than a dictionary or translator app on many occasions. Learning lessons like those obtained by the previous applications is very good, but if you want to know how to write or say something in particular, some of the applications that we are going to show you will come to you fabulously. All this without forgetting the Apple Translate that is available on the iPhone from iOS 14. 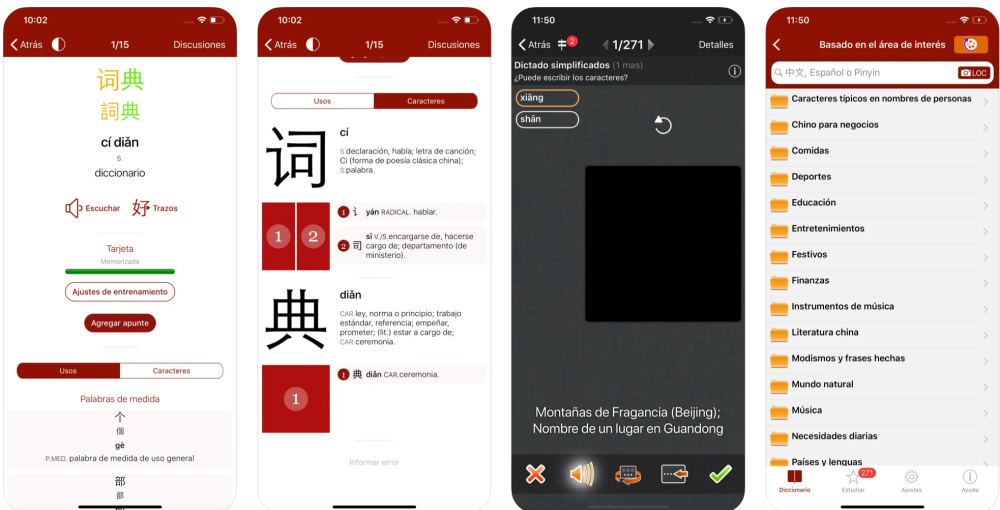 This is one of the most interesting specialized Chinese dictionaries on the App Store. It has more than 40,000 words from which you can not only get their meaning, but also the way it is written with Latin and Chinese characters and even the possibility of obtaining a pronunciation. It is also capable of translating the text through its camera, so if you see a sign in Chinese and want to know its translation in real time, you can do it with this app. 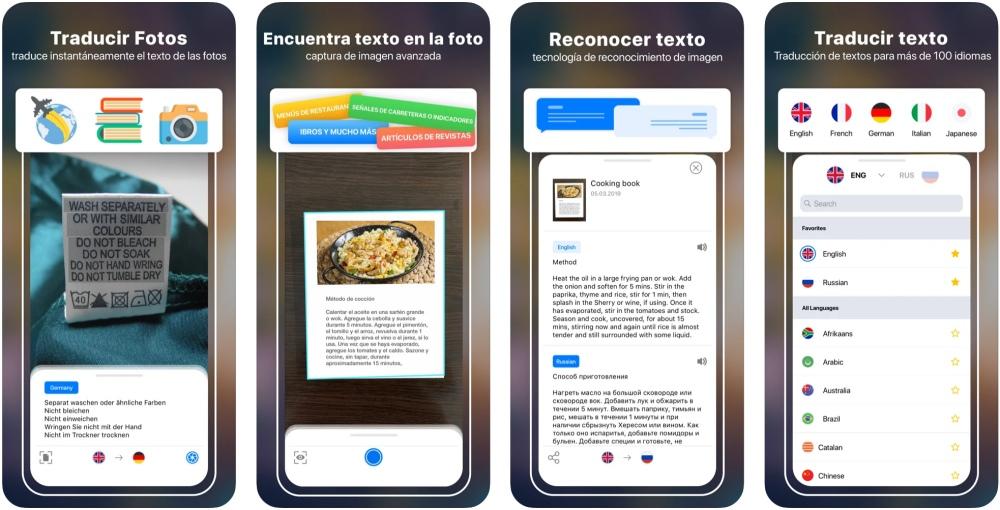 With that name, you have already imagined what this application is capable of. It is one of our favorites because it allows us to open the camera at any time to translate any text into a multitude of languages, including Chinese, how could it be otherwise. It works both to detect those other languages and translate to Chinese and vice versa. It also has among its tools the classic word and phrase translator. 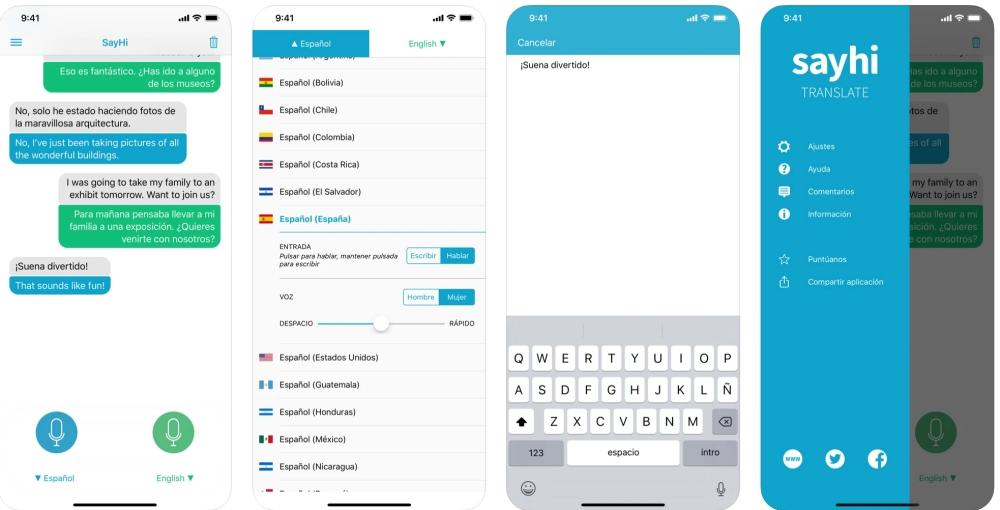 This is one of the best translators available on the App Store and, at the same time, one of the great unknown. Although its interface is simple and does not differ excessively from other similar applications, the truth is that the quality of its translator is beyond doubt. In languages such as English or French it works excellently, but in Chinese, which is the one that concerns us right now, it is one of the ones that stands out the most for being able to translate all kinds of texts naturally.

Other apps for Chinese and other languages

Some of the applications shown above are designed by and for the Chinese language, however there are many other applications specialized in language learning that do not necessarily include only this language. Below we show you the ones that in our opinion are the best in this section, having the possibility of learning many other languages if you wish. 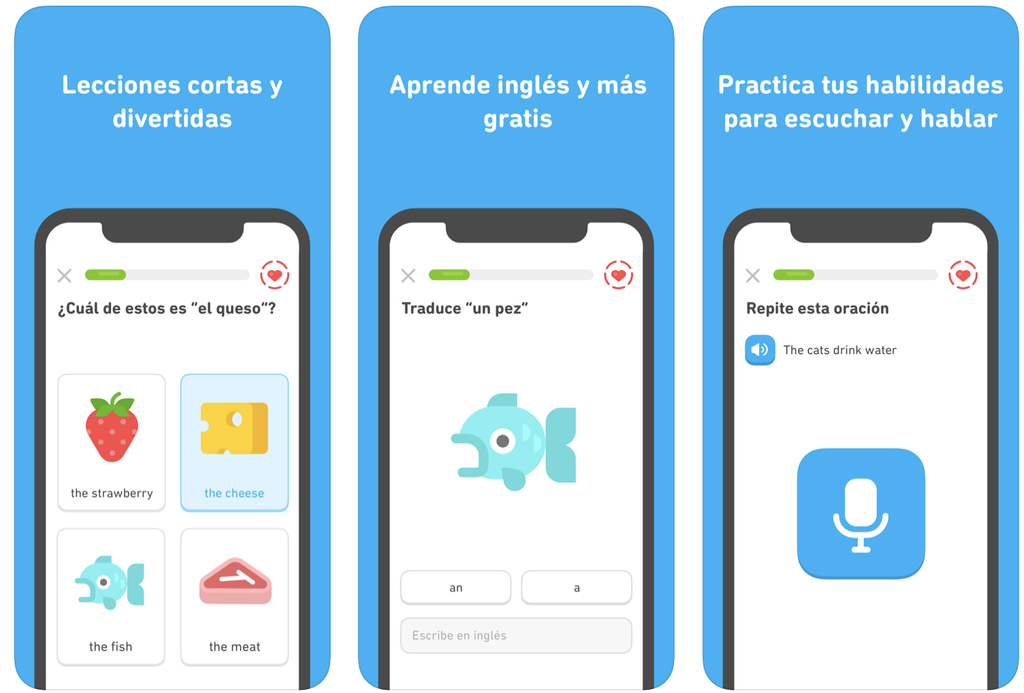 You probably already know this app well or at least by hearsay. It is one of the most popular when it comes to learning or improving your level in another language. Of course, it has functions focused on learning the oriental language. The methodology used is very interesting for not being overwhelming, since the lessons it offers are short and sometimes just practicing a little daily is enough to improve your level without stressing yourself with eternal classes. 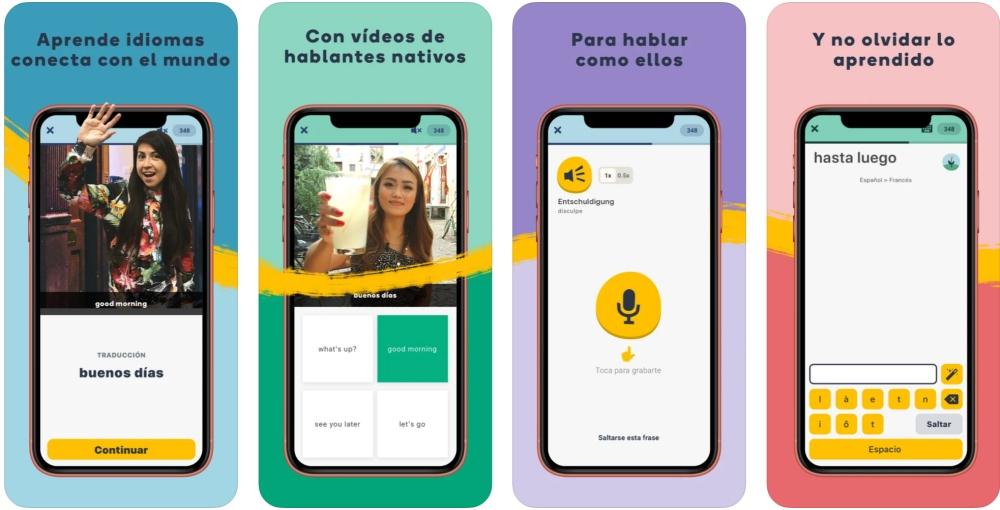 This application is possibly the best to lose the fear of speaking in another language such as Chinese. It has language learning functions, from the most basic to those who just need to refresh it. The interesting thing comes from the possibility of making live video chats with native people who may be on the other side of the world, but who will help you lose your fears and speak in the language you are learning. In fact, it will also be very helpful to listen to the other person, their intonations and also the advice they give you to improve.