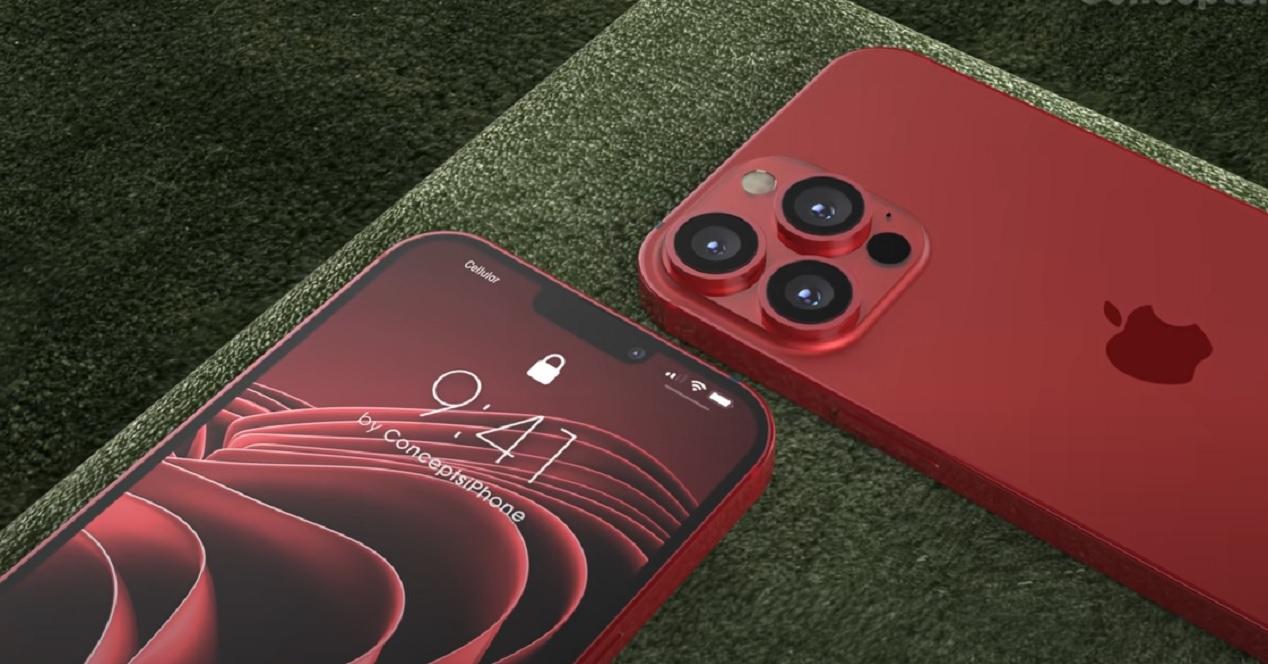 There are only a few months left before we can get our hands on the new iPhone 13. This is causing many designers to start raising all the rumors that they have been seeing in recent months in different concepts that are uploaded to YouTube. Some of these are undoubtedly incredible and you can easily end up falling in love with them due to their design as well as the features that could be included. In this article we will tell you all the details about it.

The video that imagines the iPhone 13 Pro

In this video you can see really interesting changes that the creator of the concept raises. One of them is the design in which we see how the notch of the iPhone is reduced but not totally eliminated. In the same way, this ‘eyebrow’ is maintained, which has been harshly criticized in order to be able to locate all the necessary sensors that give rise to Face ID technology or the front camera. In the back you can see the three camera modules that are already seen in the iPhone 12 Pro but with larger lenses that protrude more from the body . This is something that has been rumored that it will come and that it would allow to make better videos with the iPhone.

When it comes to talking about the screen, this concept finally bets on having a refresh rate of 120 Hz as it seems that it will finally happen in these models. This would make the vision of multimedia content improve significantly giving a much more fluid image. The idea of integrating Touch ID seems less successful, whatever its form, something that the video shows and it seems already ruled out that Apple will do in these phones.

If we leave aside the top of the Apple range to go to the iPhone 13 and 13 mini, the concept created by the same designer and that we leave you below, important changes can also be observed. Although the notch is kept the same size as in the previous generation, something that is not confirmed that it will be the case, if justice is done to the change of the rear cameras that would become diagonal. And without integrating the LiDAR sensor, which also seems to be out of the question for them.

As is already a tradition, these iPhones will stand out above all for the wide range of colors in which they will be available and the designer imagined a few. The screen will remain without a refresh rate higher than 60 Hz as the video shows, although the Touch ID dreamed of in the concept does not seem to arrive either.

In the end, these videos are still concepts not only based on rumors but also on the wishes of many people. We have reviewed those key points that seem to be characteristics of the next iPhone, as well as highlighted those that will not arrive. In any case, there is less and less to settle all doubts, since these new smartphones are expected to be presented in September.