The iPhone 12 and iPhone 12 mini often tend to be looked down upon in favor of the ‘Pro’ versions, which a priori have better camera specifications. But to what extent? These two devices that share camera technology are capable of real mischief, something that we will try to show you in this article so you can get the most out of these phones. We warned at the beginning that this guide is basically for the iPhone 12 and 12 mini, which do have identical features in their double rear and front cameras. It is true that in the ‘Pro’ and ‘Pro Max’ models we find certain similarities, but in terms of the final result there are key differences thanks to the LiDAR sensor and the telephoto lens. That is why the photographs that we will show in the following sections do not correspond to what could be obtained with one of these more advanced equipment. 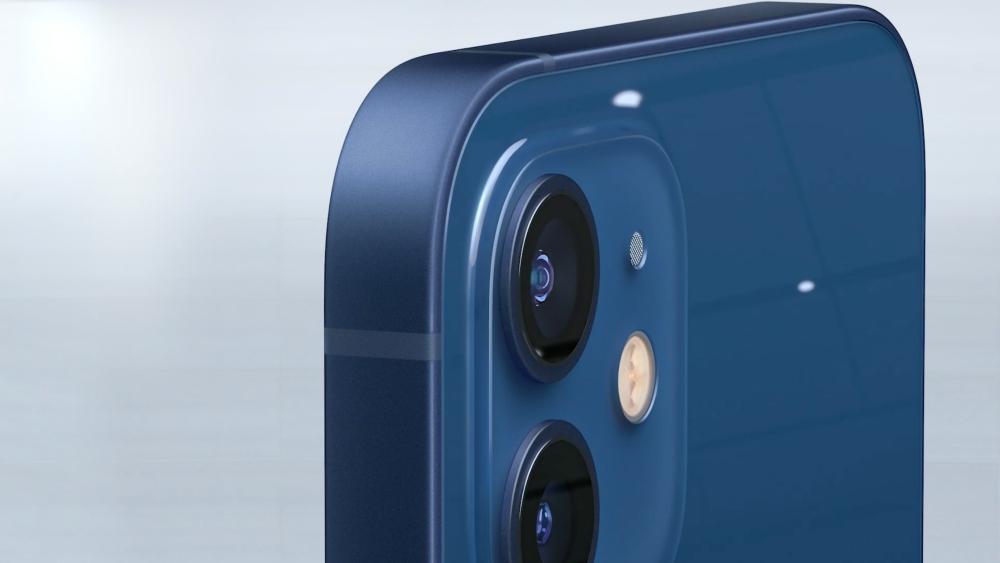 Despite having previously seen the table of technical characteristics of the cameras of these iPhone, the truth is that in the end they can end up being data that does not speak for itself. Actually, the photographic result that can be obtained is considerably improved at the software level by the so-called Deep Fusion, which is the computational processing system that these phones have and which is improved compared to the one that was released with the iPhone 11. 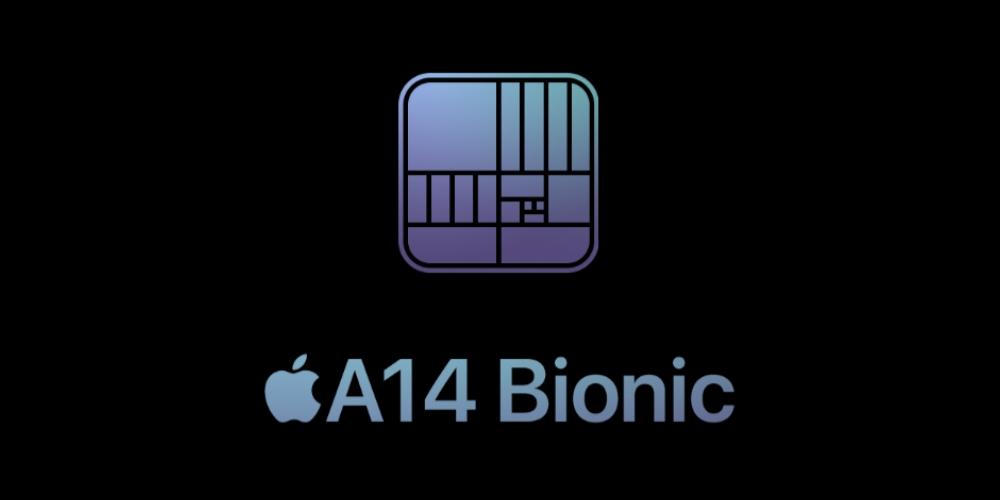 This processing takes place in the background in a matter of milliseconds. You will not have to activate anything. The A14 Bionic processor is the main one in charge of carrying out this silent task and it is possible that when you open a freshly taken photograph you will see that for a second it changes from looking somewhat blurred to looking better and it is precisely because this improvement system has worked. At a technical level it has complex operations, but what you should know is that the 12 Megapixels of the main lenses are in the end mere witnesses of what the software is capable of doing.

If you open the camera of your device you will find the different modes enabled for it. We analyze each one of them and the parameters that can be adjusted within each one of them.

This camera mode allows you to capture a multitude of photos in a long time to end up offering a fast-motion video. As soon as you press the button, you can move the iPhone focusing on different situations that will later be compressed in time. It is striking how even a video that has taken several minutes to capture can be left in a few seconds. It should be noted that the x0.5 (ultra wide angle) or x1 (wide angle) zoom can be used with the rear cameras, while it is also enabled with the single sensor on the front. 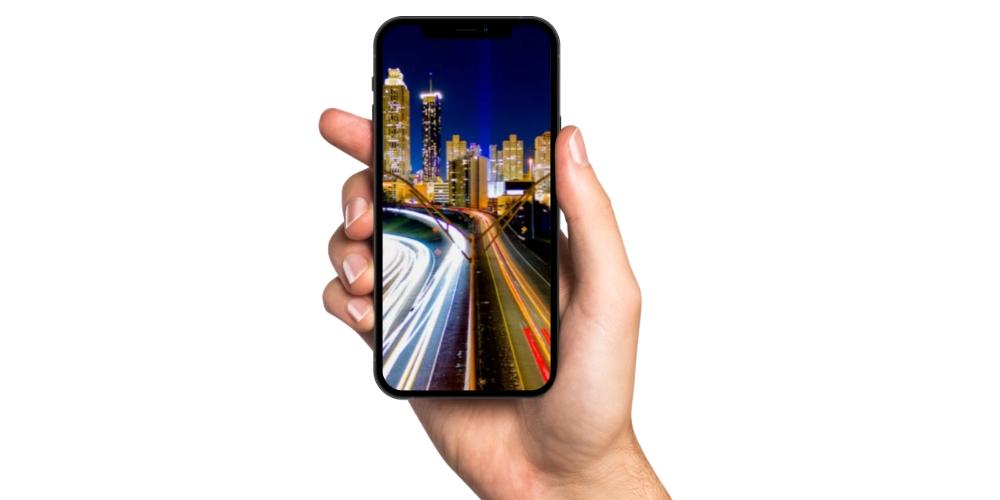 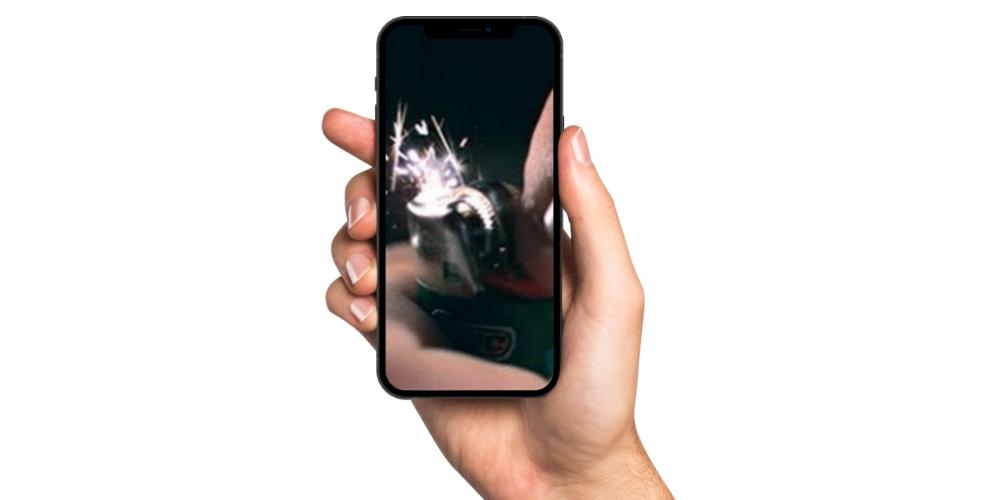 If you are going to put all the meat on the grill in photography with your iPhone, this is the main mode you should know. It allows you to take photos with all kinds of zoom range from x0.5 of the ultra wide angle to the x5 that is achieved with the digital zoom of the wide angle camera x1.

This is one of the most popular modalities. The well-known bokeh effect is possible here, obtaining an almost perfect focus on the main object or person with the background out of focus. Within this, there are several modalities such as the possibility of choosing the level of depth of field, but it is also possible to have portraits with really interesting artistic effects:

Both the mode itself and the effects are available with both front and rear cameras. 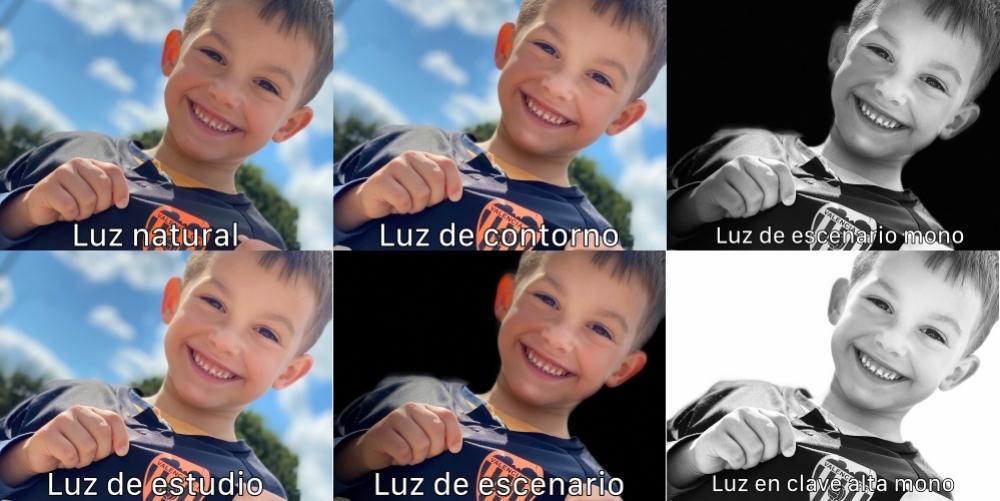 Last but not least, this functionality allows you to take pictures of a much larger scene in a landscape format. You will only have to follow the instructions on the screen to move the iPhone from left to right.

Although the photos can be edited later from the iOS gallery itself or with a specialized app, the truth is that certain editing settings can be obtained from before taking the photo.

You can play all you want with the focus and brightness of the photos you take with the iPhone. You just have to press your finger on the part where you want to focus and you will see a yellow box appear. Precisely on the right side of this box, a vertical line with a sun-shaped icon will appear, being able to slide up or down to play with the exposure and brightness of the photograph depending on what you need at that moment. 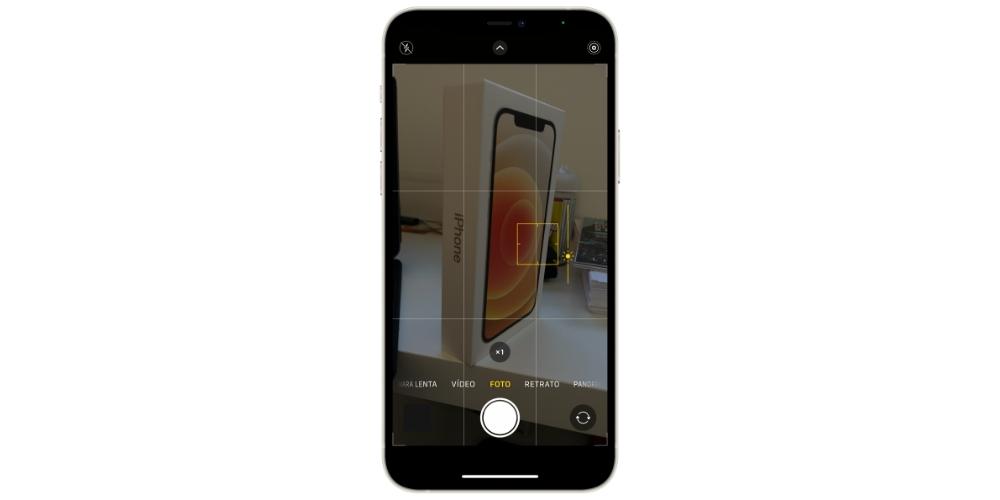 If you are a fan of the Harry Potter saga, it is more than likely that you know the famous “living photos” that are in Hogwarts. Well, this mode allows you to bring your photographs to life. If it is activated, you will make the photographs come alive for a few seconds and when you go to see them they appear in an animated way, being able to later leave them as a still photograph with long exposure, in loop playback as if it were a GIF or with a very similar bounce effect Boomerang from Instagram. 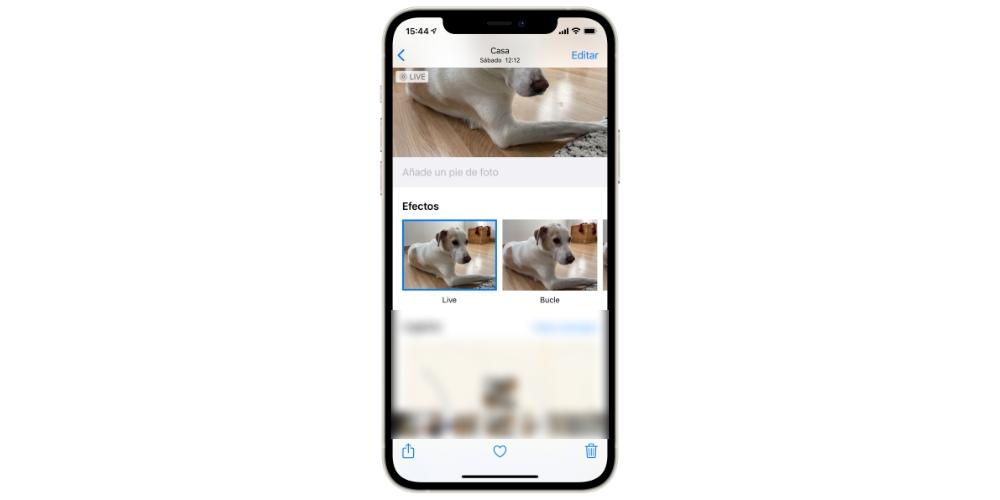 You have at your disposal different image formats in 1:11, 4: 3 or 16: 9. You can change it depending on the type of photography you need.

If you take pictures at night or in places with little light, you can take pictures with great luminosity thanks to this mode. It appears automatically on the interface when low light is captured and can automatically vary the exposure time depending on the conditions. Typically this ranges from 2 to 10 seconds and up to 30 seconds if you have the iPhone on a tripod. 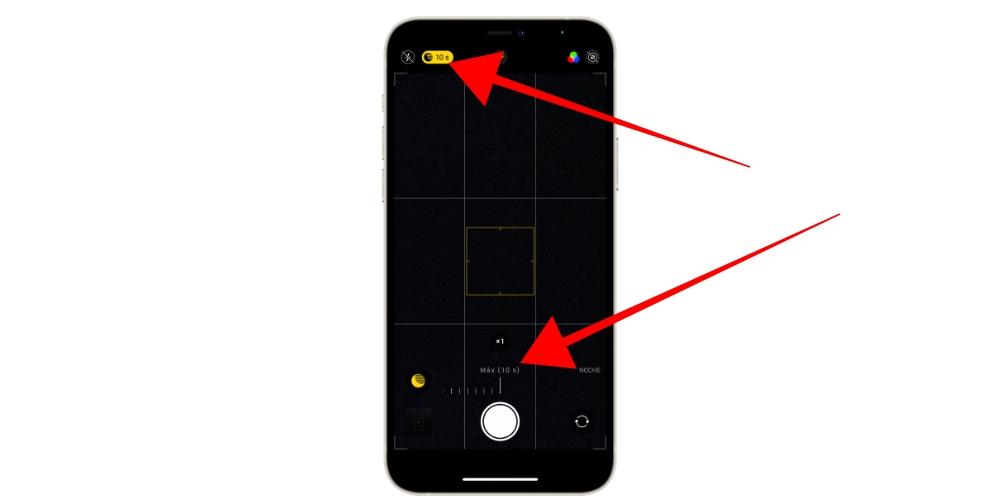 Both in the front and rear cameras you can take photos with flash, with the difference that in the rear cameras if this element physically exists and in the front the white light emitted by the screen is used. You can have it always activated, deactivated or activated automatically in low light conditions. With built-in night mode, this may not be so necessary. 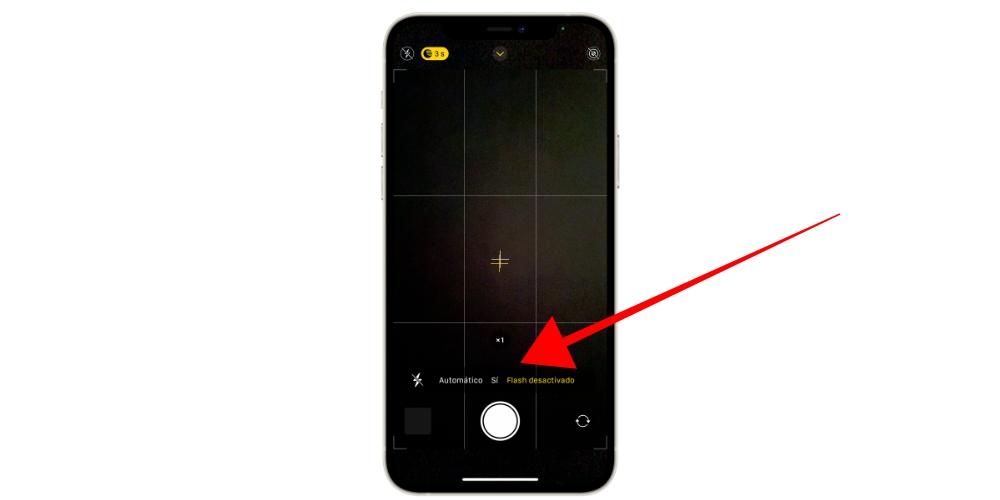 In Portrait Mode it is possible to obtain a greater or lesser blur as we already told you before. To do this, it is necessary to click on the icon with an “f” that appears in the upper right part of this mode. Once this is done, the bar that allows adding a greater or lesser depth appears below, although in later editing it is also possible to edit it. 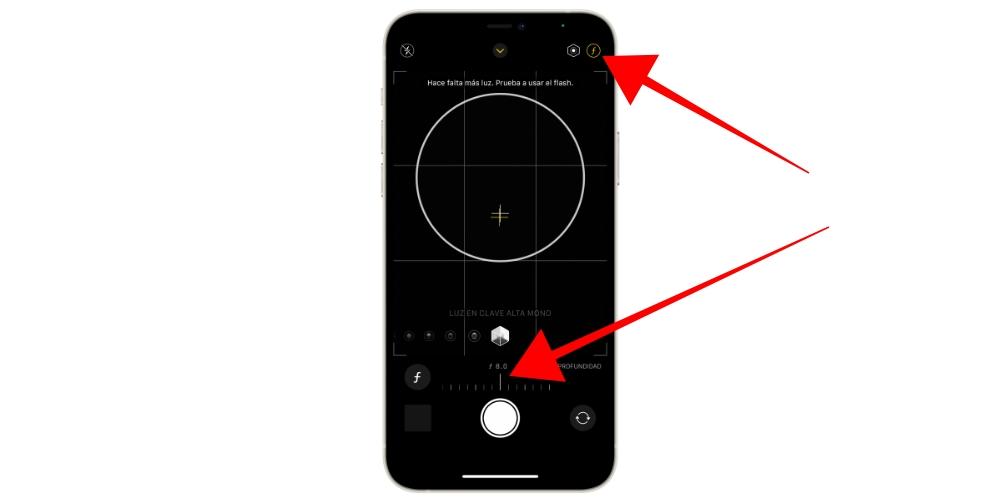 This functionality is accessible through a button with “+” and “-” icons and, as you may have already guessed, it allows you to precisely regulate the exposure level. All this through a sidebar. This is available on both the rear and front cameras. 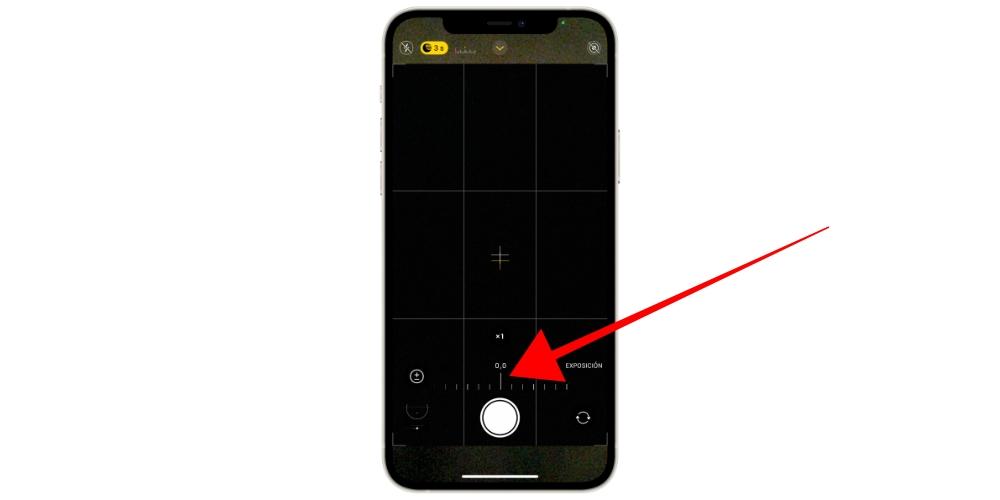 Something very useful many times when taking a photo, either with the selfie camera or the main ones, is being able to have time to get ready until the button is pressed. The iOS camera timer allows you to set a time of 3 or 10 seconds for this. 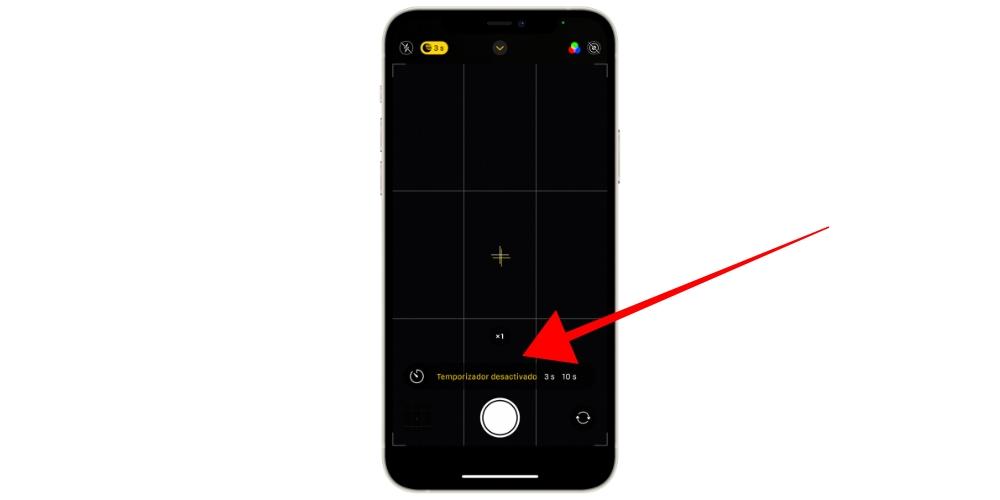 Color filters are great to give a different touch to photos. With any of the cameras, a pre-filter of the following can be set: 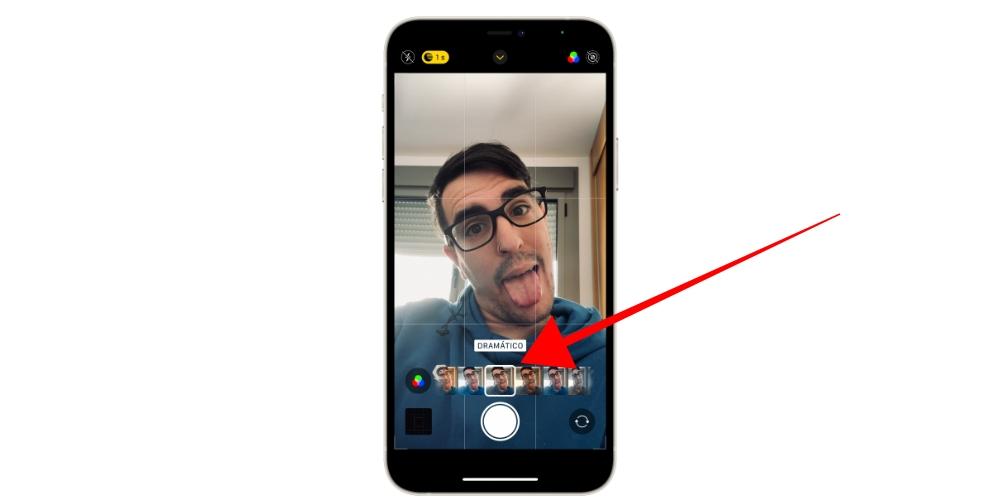 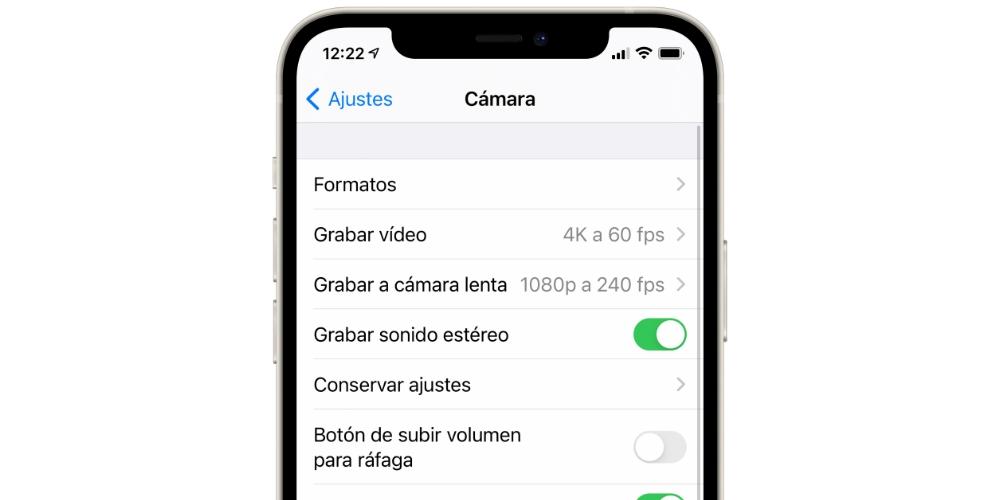 If you go to Settings> Camera you can find a multitude of settings for your photos and videos, which are not available from the camera interface itself. From choosing the video quality to the possibility of adding a grid to the interface to better square the photos.