If the forecasts of the most reputable analysts are met, we would be a few weeks away from seeing a renewal of the iPad Pro. In this new version of 2021 really interesting news is expected and that would go beyond what is shown in the 2020 models. The last few hours have emerged data about their performance that are impressive, since they will equip them to the powerful Macs with M1s released just a few months ago.

The current iPad Pro, both in its 11 and 12.9-inch versions, has an A12Z Bionic chip. This is an improved version of the A12X chip that its predecessor mounted and which in turn is an improvement of the A12 that incorporates devices such as the iPhone XS. Although this is already the most powerful chip in an Apple device with the exception of the Mac, it seems that now it will be relegated by an A14X Bionic that will become the ‘Pro’ version of the A14 of the iPhone 12 and iPad Air. Mark Gurman, one of Apple’s most successful gurus, says that the microprocessor in the company’s new high-end tablets will offer performance very similar to that of the M1. These are the chips that mount the latest Mac mini, MacBook Air and MacBook Pro, representing an absolutely remarkable change in the range of computers. Bringing it to the iPad would bring them even closer to a computer, thus once again complying with Apple’s famous slogan in which it boasts that its tablets can be used practically as if they were a computer. We do not know if the RAM memory of this iPad Pro will improve accordingly, although it is expected that it will do so to further increase its possibilities.

To this should be added a possible 5G connectivity inherited from the iPhone 12. Although a majority will not obtain this benefit because it is exclusive to the WiFi + Cellular versions, it is the most expected if we take into account the surname ‘Pro’ of these iPads. It remains to be seen if the mmWave antenna remains exclusively in the United States as in the iPhone or if Apple is committed to taking it to all territories.

The aforementioned chip would be mounted on the two new iPad Pro, since 11 and 12.9-inch versions would continue to exist. However, they could for the first time have a difference beyond size. Although the design will be the same as the 2020 models, the star feature would be the miniLED screen, which would offer a better visual experience accompanied by the already essential 120 Hz refresh rate. There are those who say that this panel technology would only come for the 12.9-inch model, something that is not entirely clear, but that if it did arrive it would make a notable difference. 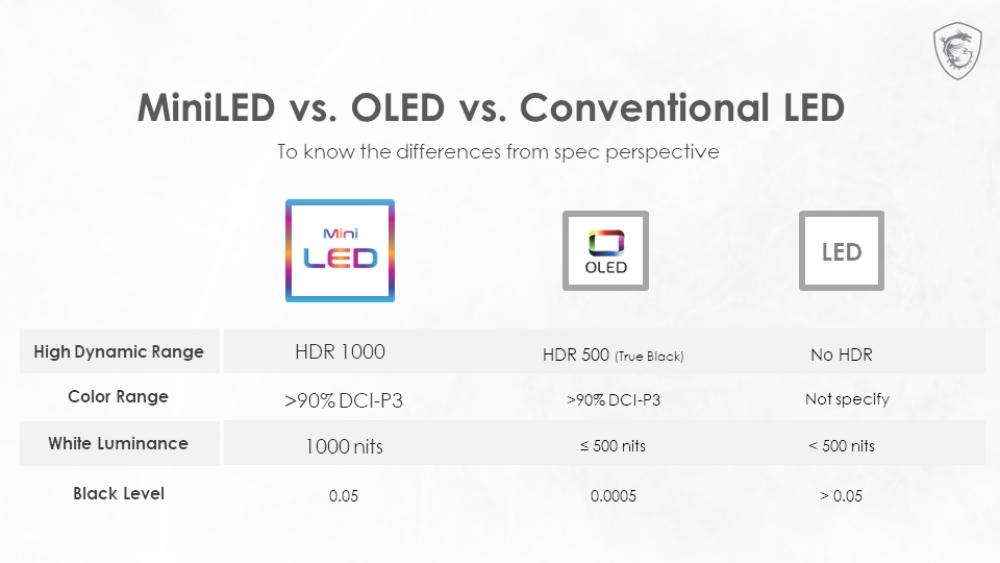 Performance diagram of the miniLED via Notebook Check

Other rumors suggest that the model that we will see in this month of March will be the 12.9-inch, leaving the other for later. In this case, the idea that it would lack a miniLED screen would not fit too much, since the delay could mean that it is precisely trying to incorporate this type of screen to the device. Keep in mind that the tremendous similarity between the 11-inch iPad Pro and the iPad Air 4 makes the latter look somewhat displaced, so Apple must play its cards well.

A new Magic Keyboard with trackpad

It is also expected that with the announcement of the iPad Pro 2021 the second version of the Magic Keyboard with trackpad will also arrive, which completely changed the paradigm of use of Apple tablets together with the integration of the pointer in iPadOS 13.4. It is not known for sure what new features it will have, although it is presumably compatible with previous generations as well.

In any case, there are just a few weeks to see it officially. There are still debates about whether or not a special event will be held this month to present this and other products, but what is clear is that it will be one of the star products of Californians this spring.