If you are going to use the cloud or Cloud intensively in your home or business, you should know what minimum Internet speed you will need to avoid slowness problems. If we are going to use a storage service such as pCloud, Google Drive or similar to store all our files and synchronize files and folders, a decisive factor is the real speed that we will have when uploading and downloading files, however, many factors influence when uploading files to the Cloud, and not only the Internet speed you have contracted. Next, we are going to explain these factors and what speed you will need to be able to work without problems.

Factors that influence speed with the cloud Cloud storage services are servers installed in a datacenter that provide us with a certain storage capacity. The form of access is through the Internet, for this reason, we depend on several factors that directly influence the speed that users will have when using this cloud. Next, we are going to explain everything that influences when uploading files and folders to any server in the cloud.

Physical distance to the cloud

What we all call “cloud” are the physical servers located in a company’s datacenter, therefore, these physical servers will be housed in a specific location. The greater the physical distance from our home or company to those servers, the higher latency in the connection we will have and the lower the speed, since all the data packets will have to go through different routers and operators to reach their destination. If you have not yet contracted a cloud storage service, you should contract one that has physical servers in your country, and not outside it. In this way, you ensure that you will get higher speed and lower latency than if you were in another country, due to the remoteness of the servers. For this reason, Google has launched a new “region” in Spain for its Cloud, with the aim of providing the best possible performance to its customers in Spain, who will connect directly to the servers located in our country. Amazon with its AWS is also deploying large data centers in the city of Zaragoza with the aim of improving the latency and speed of users in our country, since the distance to the physical servers is fundamental.

Operator and the peering you have

The Internet operator that we have contracted also directly influences the speed that we will achieve with the cloud. If our operator has peering agreements with the cloud storage service, we will have better performance in terms of speed and latency. It is possible that the physical servers of this service are in the operator’s own network, with the aim of having a very high bandwidth, or at least, that they have peering in a neutral point so that the traffic does not pass through third parties. 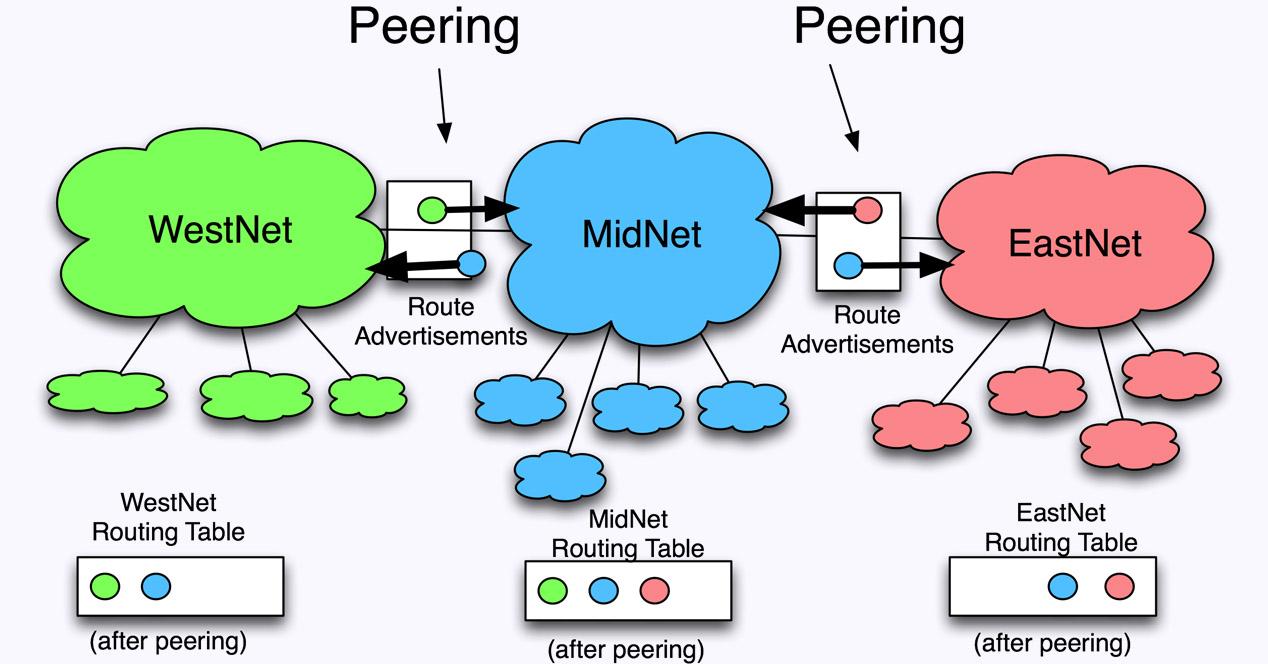 If the Internet operator does not have any peering agreement with the service, then all the traffic will have to go through transit to the service, going through other operators and it is even possible that this traffic will have to go to another country to reach its destination. . It is essential that our operator has certain agreements with the service to have the highest possible bandwidth, without the need for traffic to pass through third parties (other operators). In principle, with Internet speeds of 500Mbps or higher, we will not have bottleneck problems due to our connection, since the limitation of the upload speed will be directly in the network where all the traffic passes. Therefore, it is not in our power to improve this performance that we achieve.

In order to work without speed problems in the cloud, you will need a connection of at least 300Mbps . With this type of Internet connection you will be able to upload data at a high speed and also download it, however, you should also make sure what maximum speed you will get with that cloud storage service, because if you do not have peering agreements and the traffic has to go through other operators, it is very likely that the speed you get will not be higher than 100Mbps.

Next, we are going to show you different cloud storage services that we have tested with a symmetrical 1Gbps Movistar connection, so that you can see the real speed that we achieve when uploading and downloading files.

As you can see, the speed that we have achieved is very far from the contracted speed, and also from the speed that we achieve in the typical speed tests, because the servers of these speed tests are in the operator’s own network, with the goal of checking the speed as reliably as possible, without having to go through other operators or too many intermediate routers.

These tests carried out with Movistar are probably not at all similar to those carried out with other operators such as Masmóvil or Vodafone, since each operator is different. In our case, with a 600Mbps connection we will take full advantage of any of these services, since the maximum speed we have achieved is 630Mbps when downloading with Google Drive.

What do I do if the cloud is slow?

If downloading and uploading files to the cloud is slow, you will only be able to perform two actions to try to solve it:

Another very valid option that is currently being imposed to try to alleviate the poor performance of the public cloud compared to the private cloud, where the servers are in your home or company, is to use the hybrid cloud. The main NAS manufacturers such as QNAP or Synology have software tools that allow us to synchronize a specific folder with any service in the cloud, including Google Drive, Dropbox, OneDrive, Amazon S3 and many other services from other companies. In this way, with the hybrid cloud we will have the best of both:

This last option is the best if you want to have the maximum performance, the negative part is that you will have to have an intermediate file server, so that it is in charge of managing all the local accesses and also from the Cloud.