Intel‘s graphics cards haven’t finished arriving and, furthermore, they lack optimal drivers, which should already be available. But, the company seems to be still working on improving its image scaling technology. Reportedly, on May 20, the company will release the Dolmen patch for its Intel XeSS technology.

Possibly, you have doubts about how Intel XeSS works and also AMD FSR 2.0 and NVIDIA DLSS 2.0 . These are all image rescaling technologies. What is done is that the graphics card processes the image at a lower resolution than the final one that will be displayed on the screen. This image is scaled to monitor resolution. These three technologies do not work the same, but the purpose is the same, to increase the amount of FPS. Intel XeSS Dolmen will be released on May 20

The Dolmen patch within Intel XeSS has been announced by developer Massive Work Studio. Already in March it was rumored about the arrival of said part at “early summer”.

Intel XeSS technology seeks to offer the best performance with Time Ray Tracing , the ray tracing technology developed by the company. All this complying with all DirectX 12 Ultimate specifications.

Note that Intel XeSS is scheduled to be available when Arc 5 and Arc 7 graphics are released for laptops. Ghostwire: Tokyo, Death Standing, Anvil and Hitman III games will be the first games to use this new technology.

Therefore, this patch should coincide with the release of new laptops with Intel graphics. The problem is that there are hardly any laptops with Arc 3, what’s more, as far as we know, they are only sold in South Korea. In addition, there are no specific drivers for these graphics cards, generating certain problems, such as not being able to validate the benchmarks in the 3DMark software . 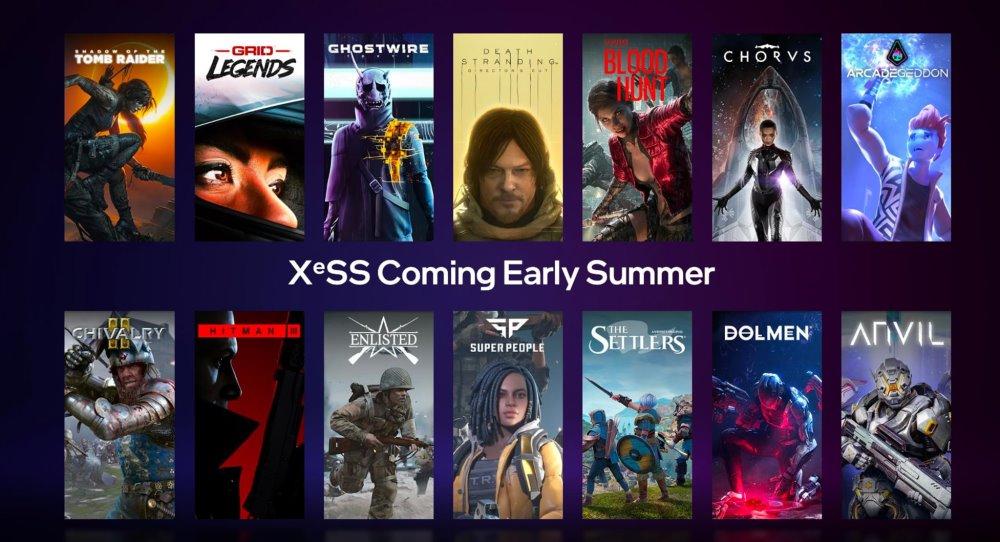 This technology is based on deep learning using AI. It is intended to provide a high-quality output image when it has been rendered at a lower resolution than the one that will ultimately appear on the screen.

Intel XeSS takes advantage of XMX hardware embedded in the silicon itself, which accelerates the formation of deep learning neural networks. Within the Xe HPG architecture, each Xe core has a dedicated XMX unit for XeSS. Just to be clear, XMXs are very similar to NVIDIA graphics Tensor Cores used for DLSS.

The company describes this technology as a solution that takes advantage of motion vectors as well as time frames. Only the 3D scene stops for XeSS AI-accelerated scaling, while the HUD and post effects are rendered at native resolution.